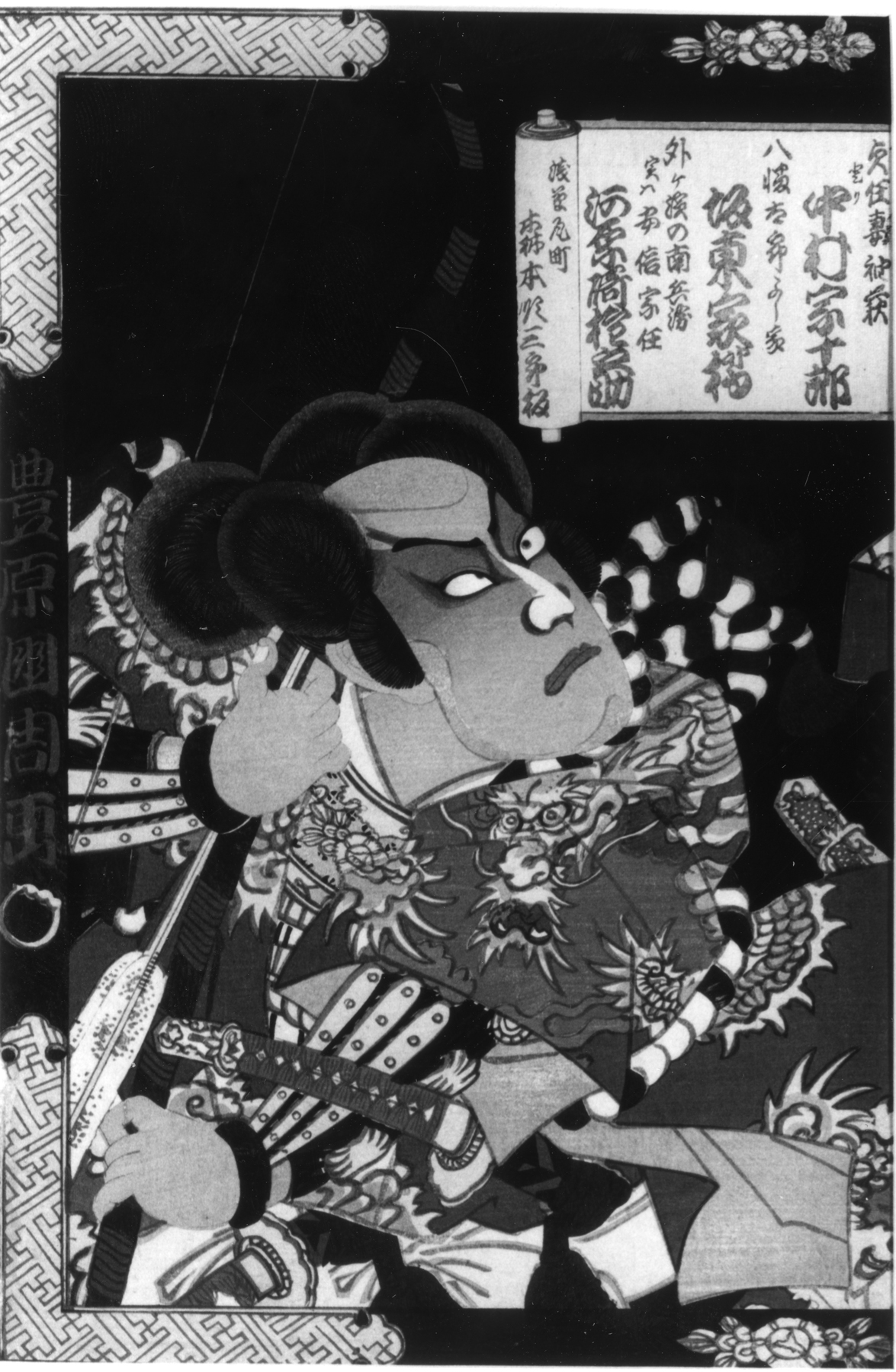 Abe Sadato, at center, has suddenly thrown off his disguise and revealed his true nature: his wild and disheveled character is conveyed by a wig with hair standing permanently on end. In this famous scene, Sadato is reunited with his wife Sodehagi and his brother Muneto (who is shown on the left), the only remaining members of a family that had been almost completely wiped out nine years previously. The culprit, Yoshiie, whom they have vowed to kill, is shown on the right.