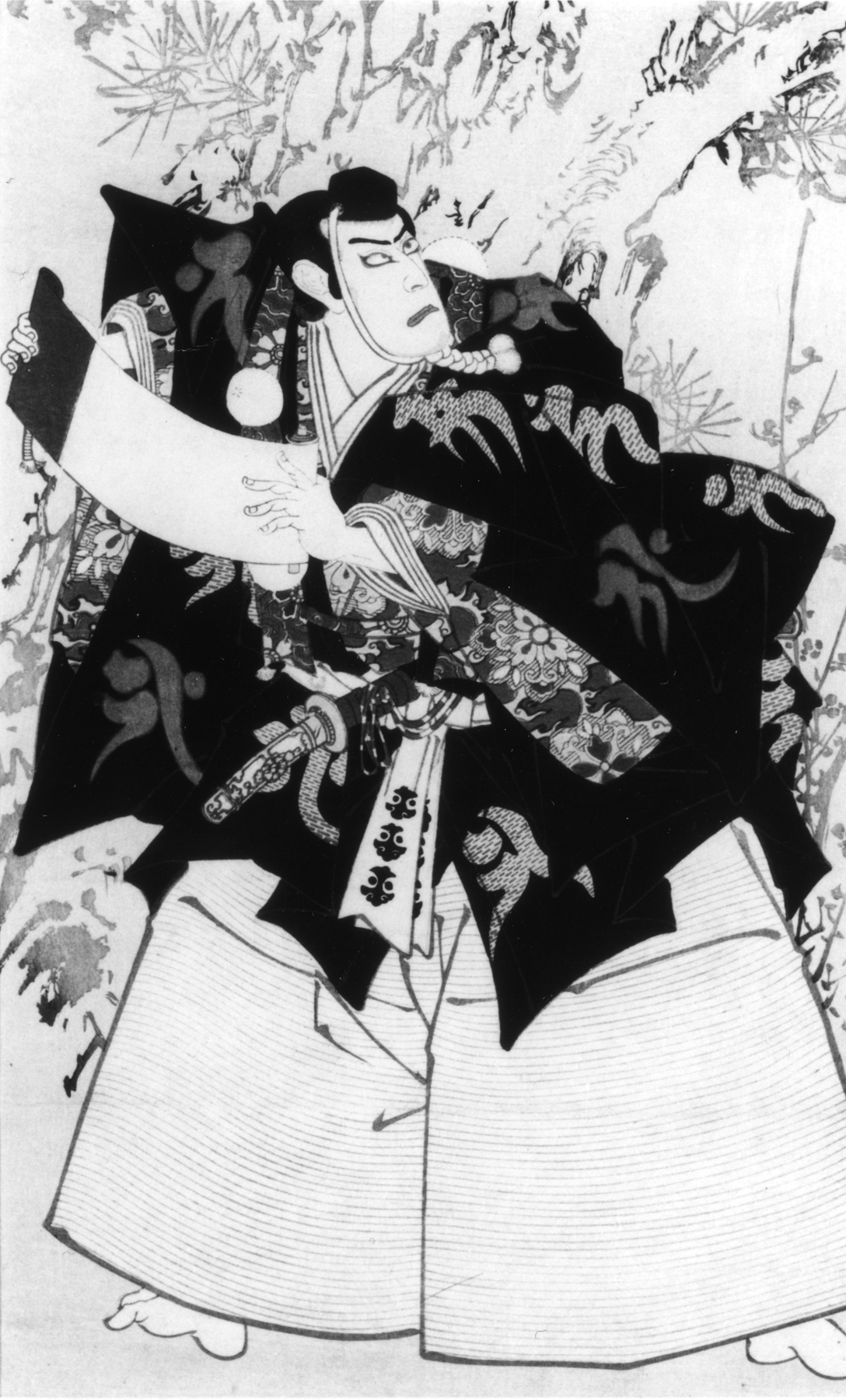 In this play, the warrior-priest Benkei helps the 12th-century warrior Minamoto Yoshitsune flee from his wrathful elder brother. Benkei and Yoshitsune's other followers disguise themselves as itinerant priests raising funds for a temple. At the barrier of Ataka their identity is challenged. Togashi, the suspicious official warden, pictured at right, requires Benkei to read the subscription list. With Yoshitsune looking on from the left, Benkei draws out an empty scroll and improvises a convincing list of donors and amounts. Though he knows the truth, Togashi admires Benkei's courageous ingenuity and allows the group to pass on. This scene forms the climax of the play.