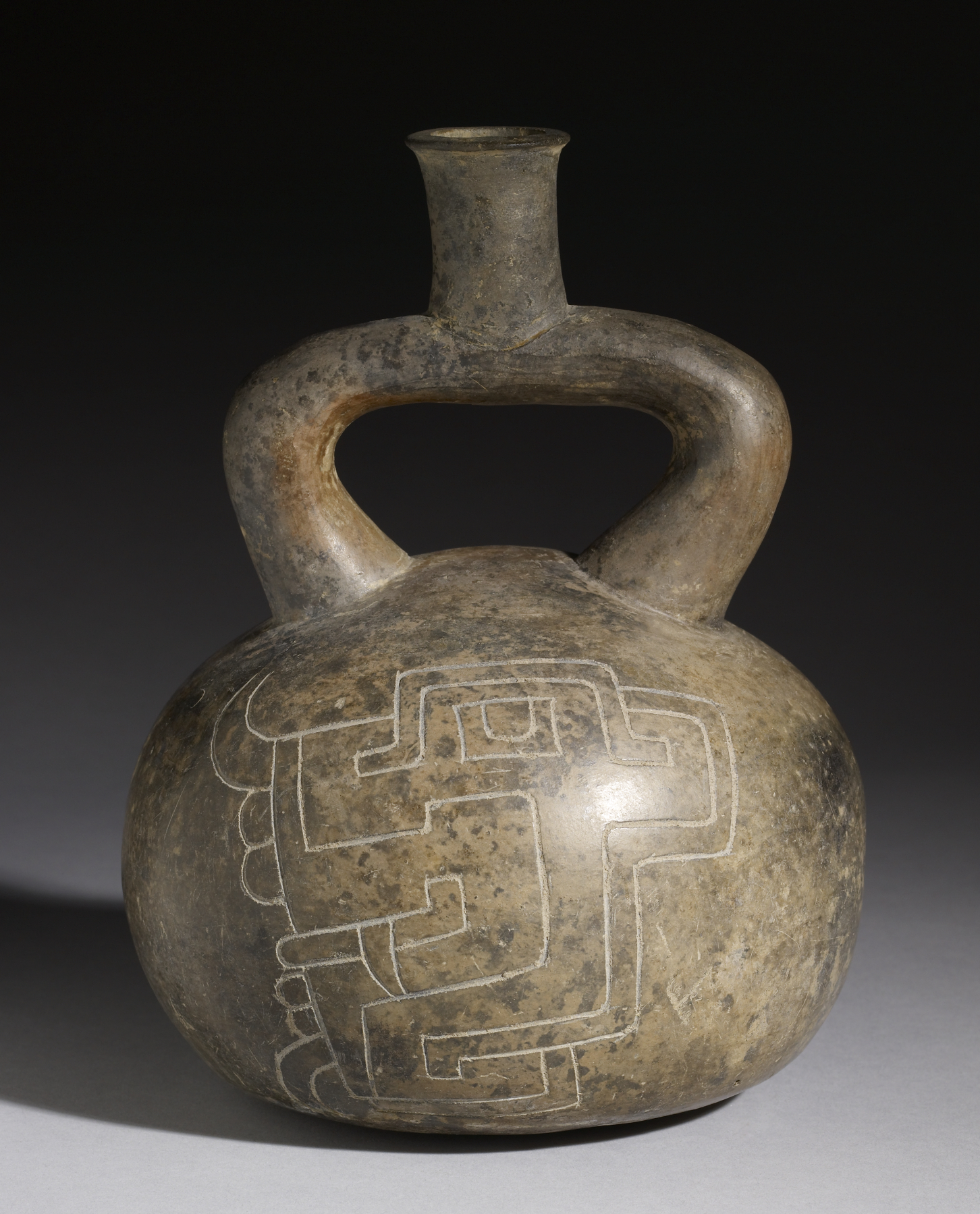 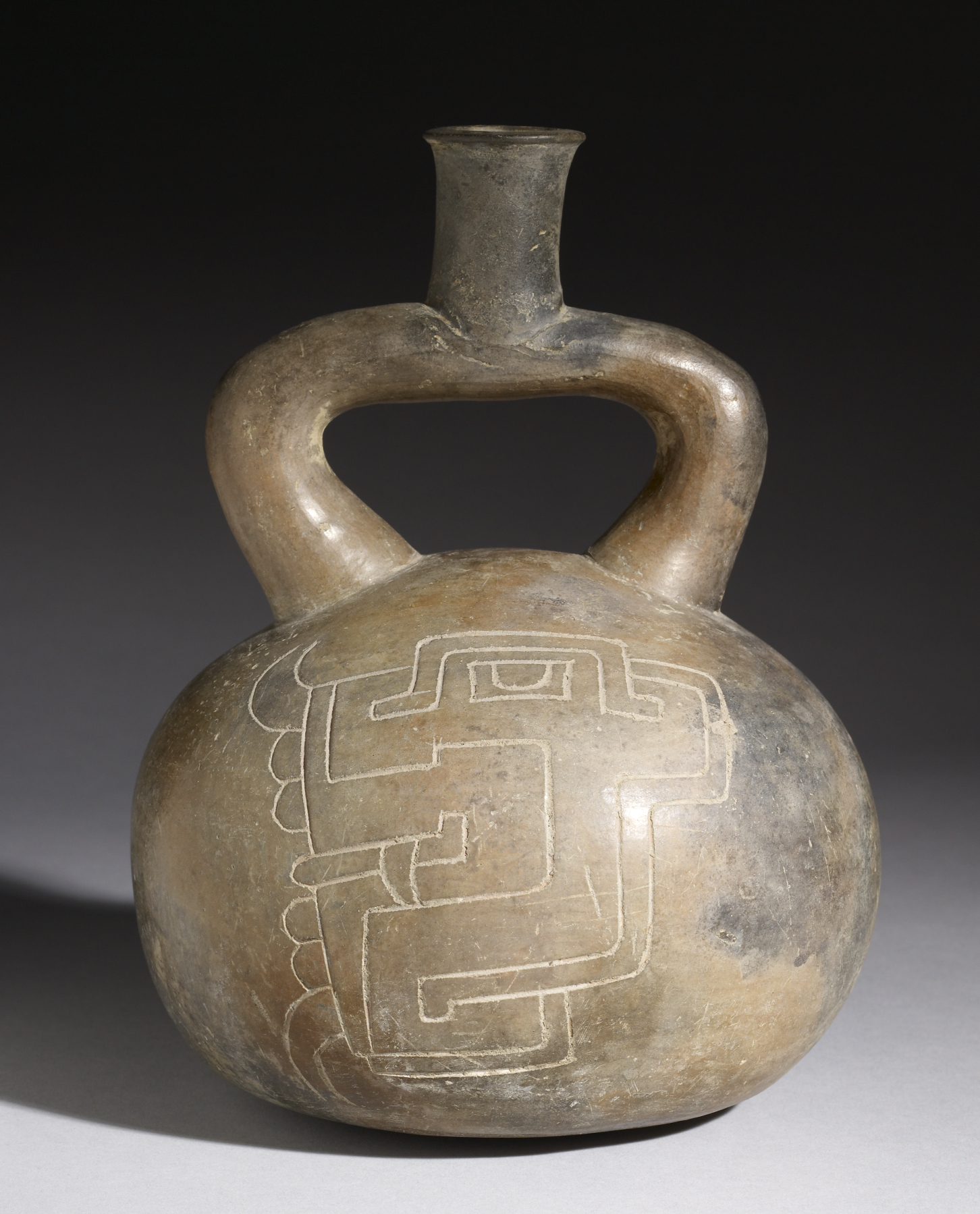 This “stirrup-spout” vessel has been highly polished and incised with face of a supernatural creature shown in profile. It seems to combine elements of some of ancient Peru’s fiercest predators, with an eye (at top) which is hooded like that of a crocodile, but the prominent fangs of a feline, probably a jaguar. Cupisnique ceramics frequently show jaguars and felines, which were symbols of power associated with rulers.