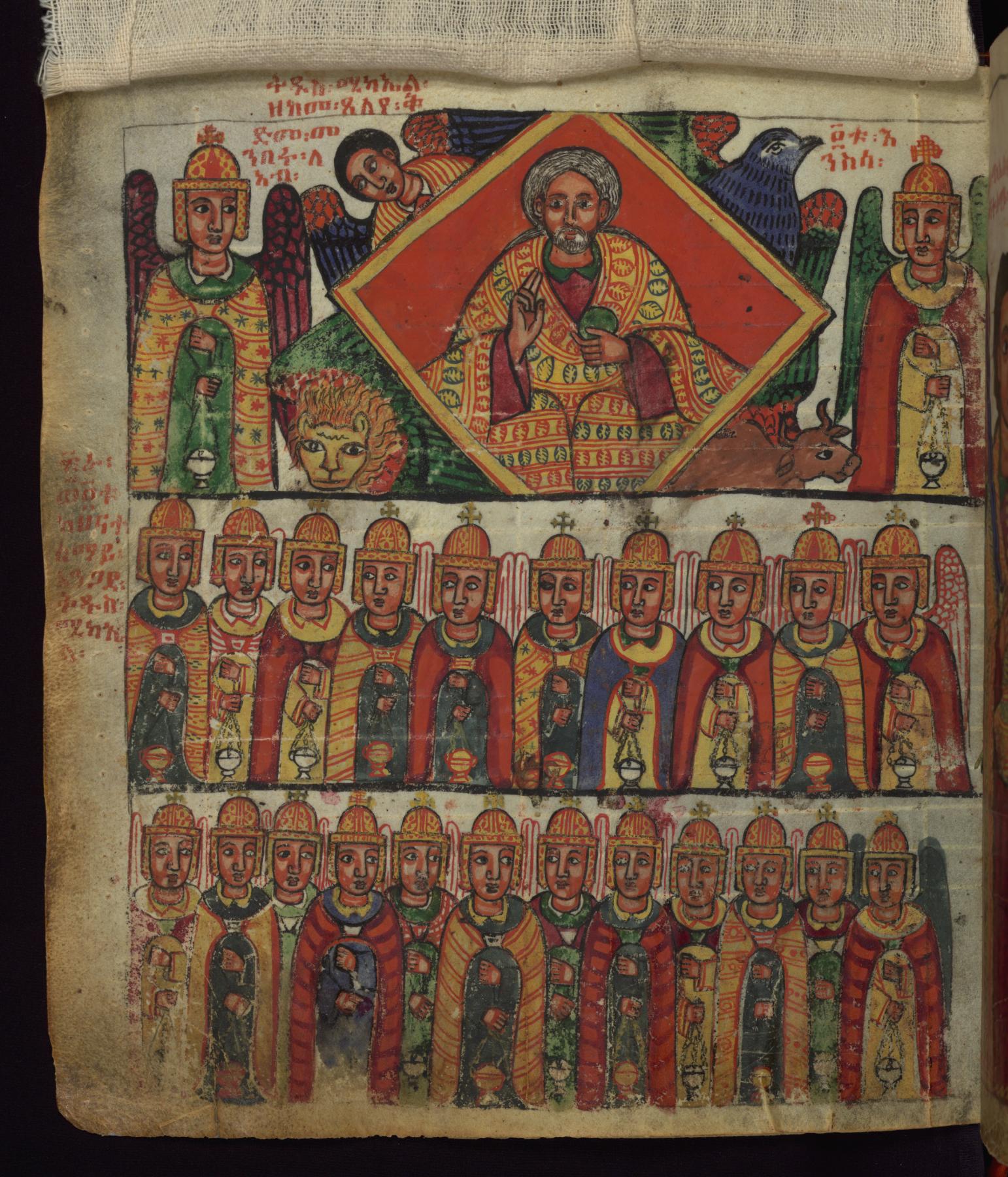 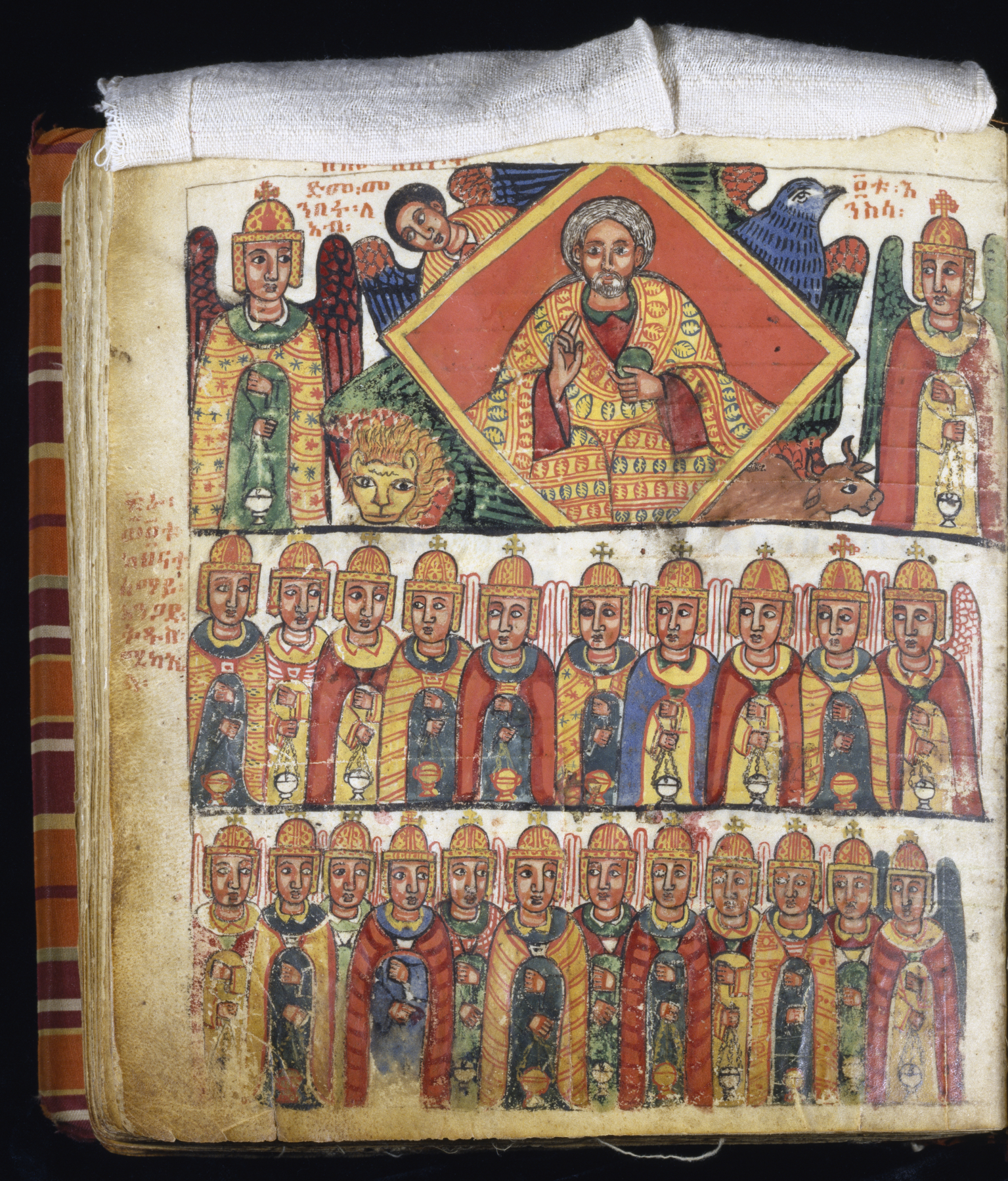 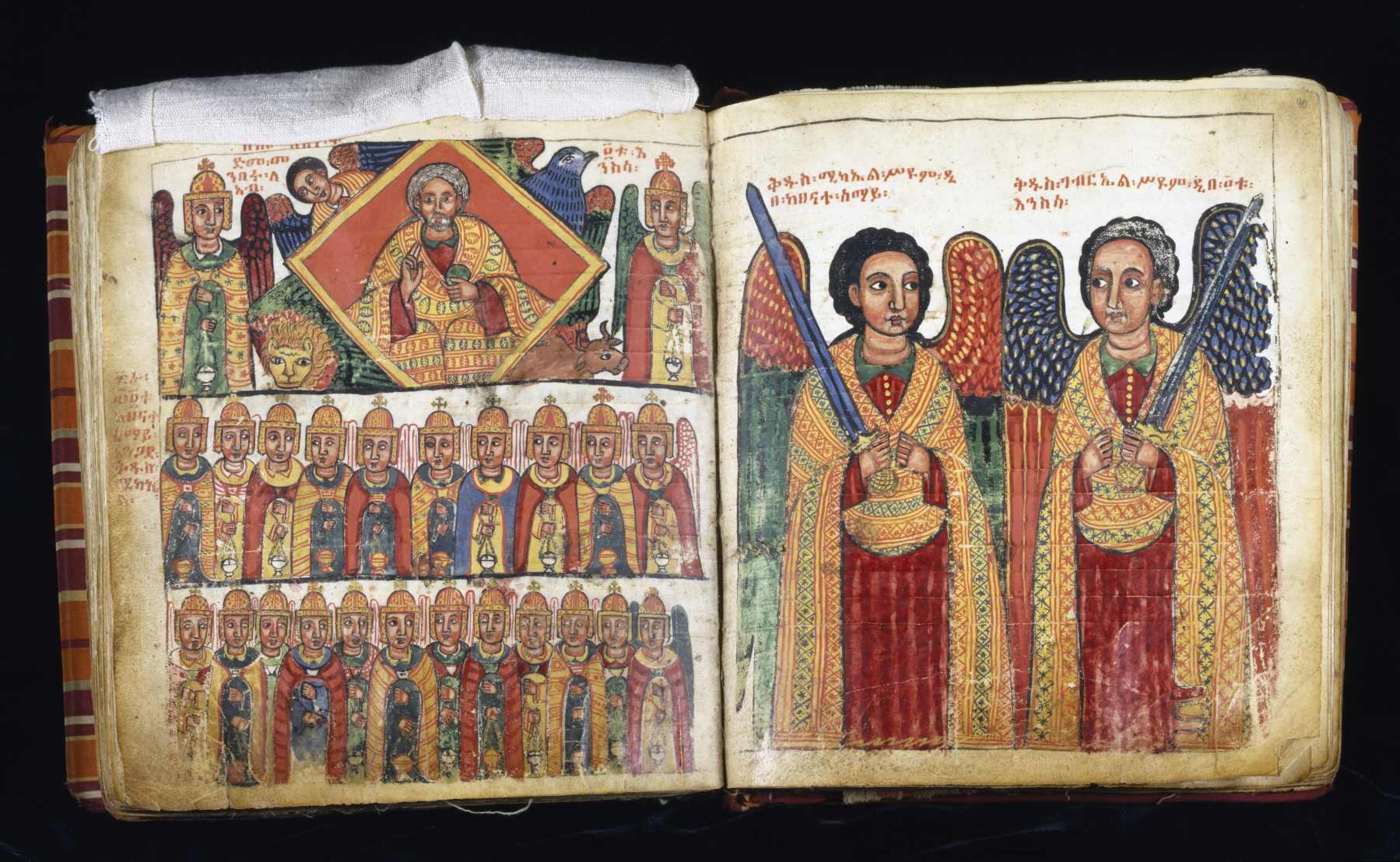 The establishment of a permanent court at Gondar by the Solomonic emperor Fasilädäs (reigned 1632-67) marked the beginning of a period of tremendous cultural productivity. The region became one of the most important artistic production centers of Ethiopia, particularly in regard to painting. Featuring nearly fifty full-page illuminations, this manuscript is a pristine example of the lavishly illustrated books commissioned by both private and institutional patrons during this period. The archangel Michael, whose cult first emerged under the patronage of Emperor Zär'a Ya'eqob, remains the most venerated archangel in Ethiopia, largely due to his role as an intercessor on behalf of the faithful. This manuscript combines the monthly liturgical commemoration of Michael with narrative scenes of his miracles. Successive portions of the book, essentially a compilation of sermons, were read aloud on particular feast days. On this folio God the Father, appearing together with Twenty-Four Elders, faces the archangels Michael and Gabriel (fol. 90r). The minutely rendered textiles in these pictures suggest a connection with the fashions of the Gondarine court and indicate that the painters depicted their scriptural subjects using a visual language rooted in contemporary culture. The neutral ground of these paintings is characteristic of early Gondarine manuscripts. Unlike their predecessors, the painters did not blind-rule their pictorial compositions, rather, the horizontal lines visible throughout the pictures indicate that they worked on parchment sheets originally prepared for writing. 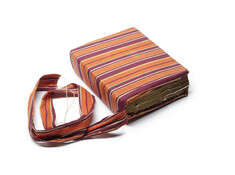