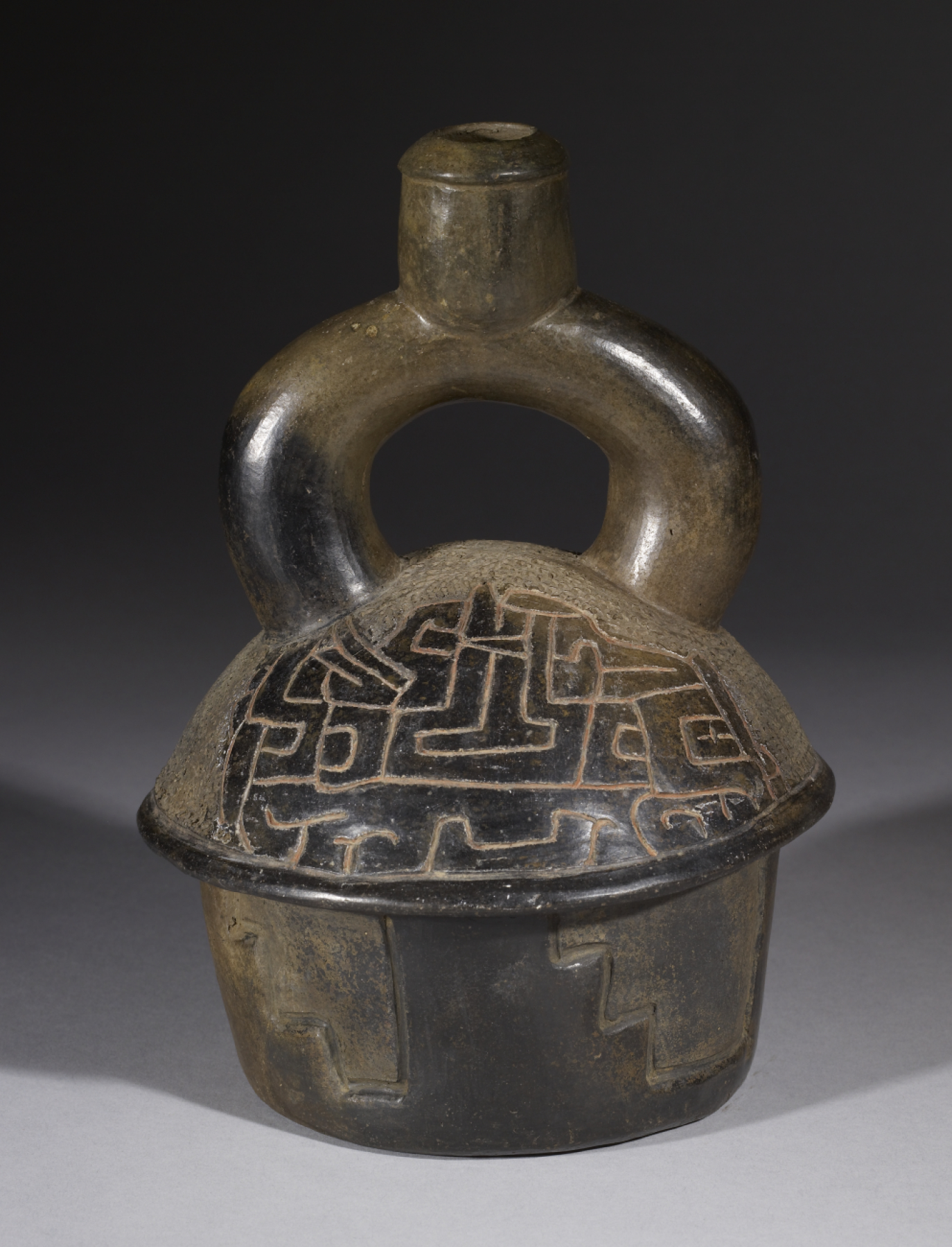 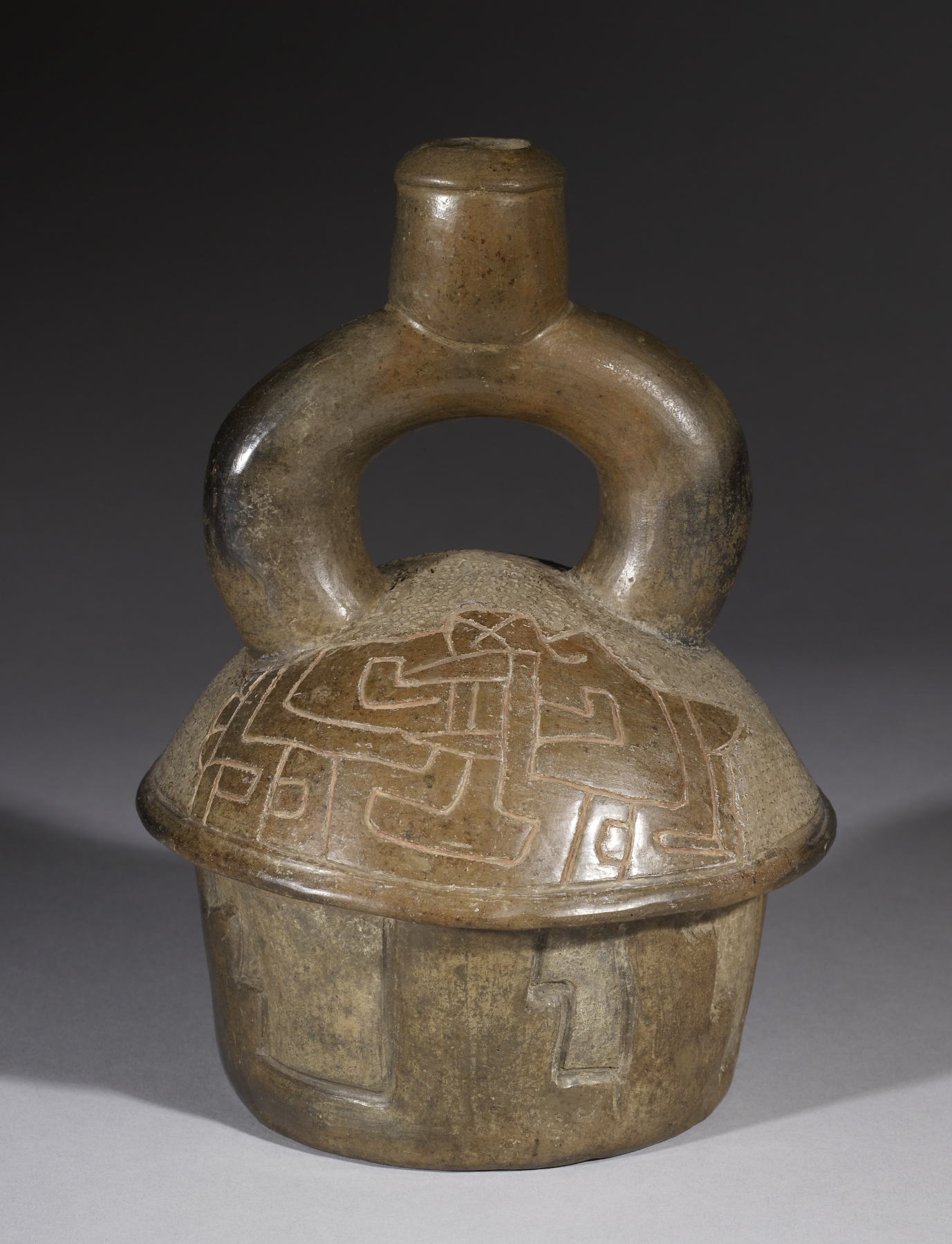 This “stirrup-spout” vessel is striking in its contrast of polished and rough surfaces. On the top, stippled areas contrast with highly polished zones, incised with face of a supernatural creature shown in profile. It seems to combine elements of several different creatures, including a snake’s tongue, but the feline nostrils and prominent fangs of a jaguar. Cupisnique ceramics frequently show jaguars and felines, which were symbols of power associated with rulers. On the bottom half of the vessel is an abstract “step block” design associated with the sacred power of mountains in a region dominated by the monumental Andes mountains.