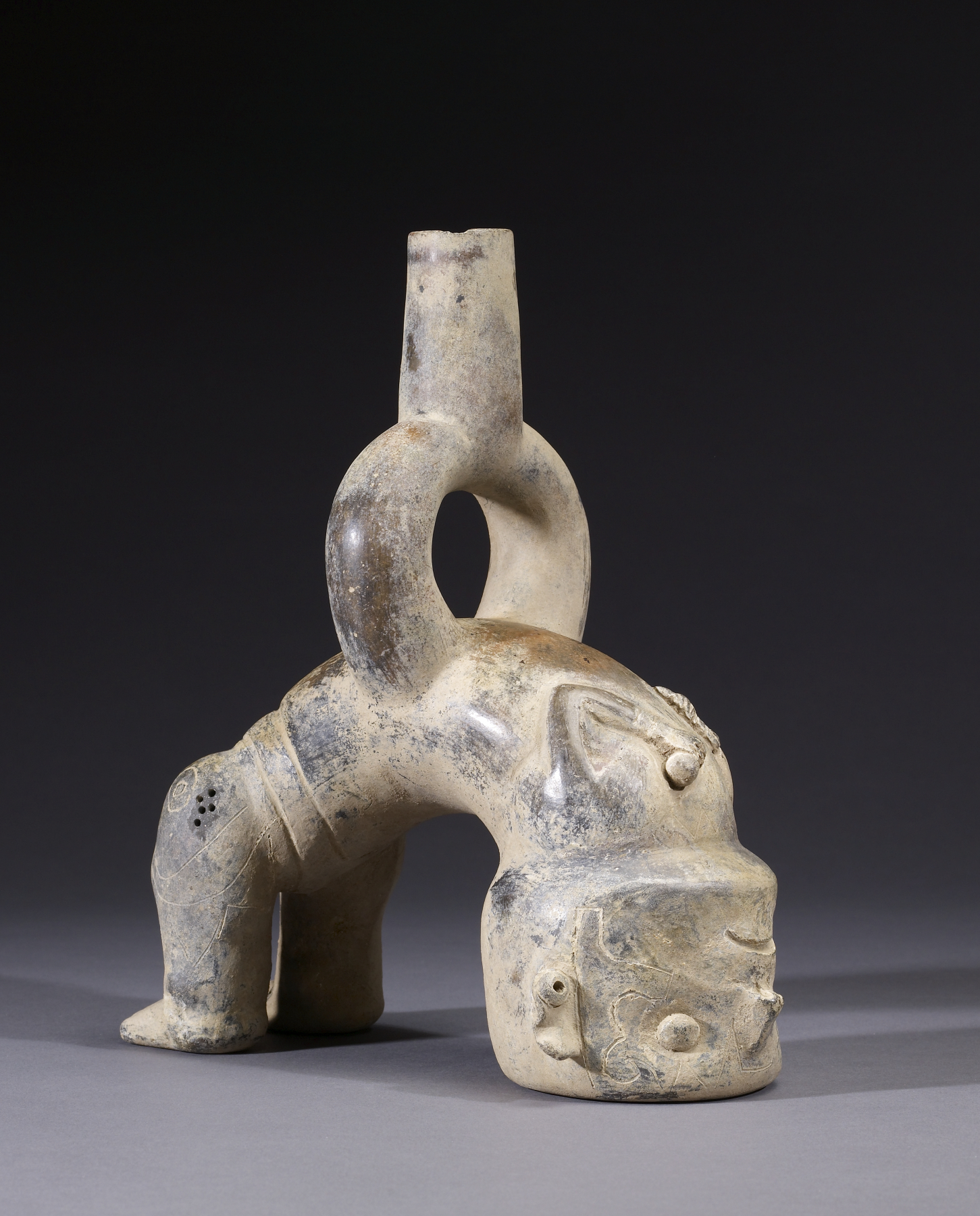 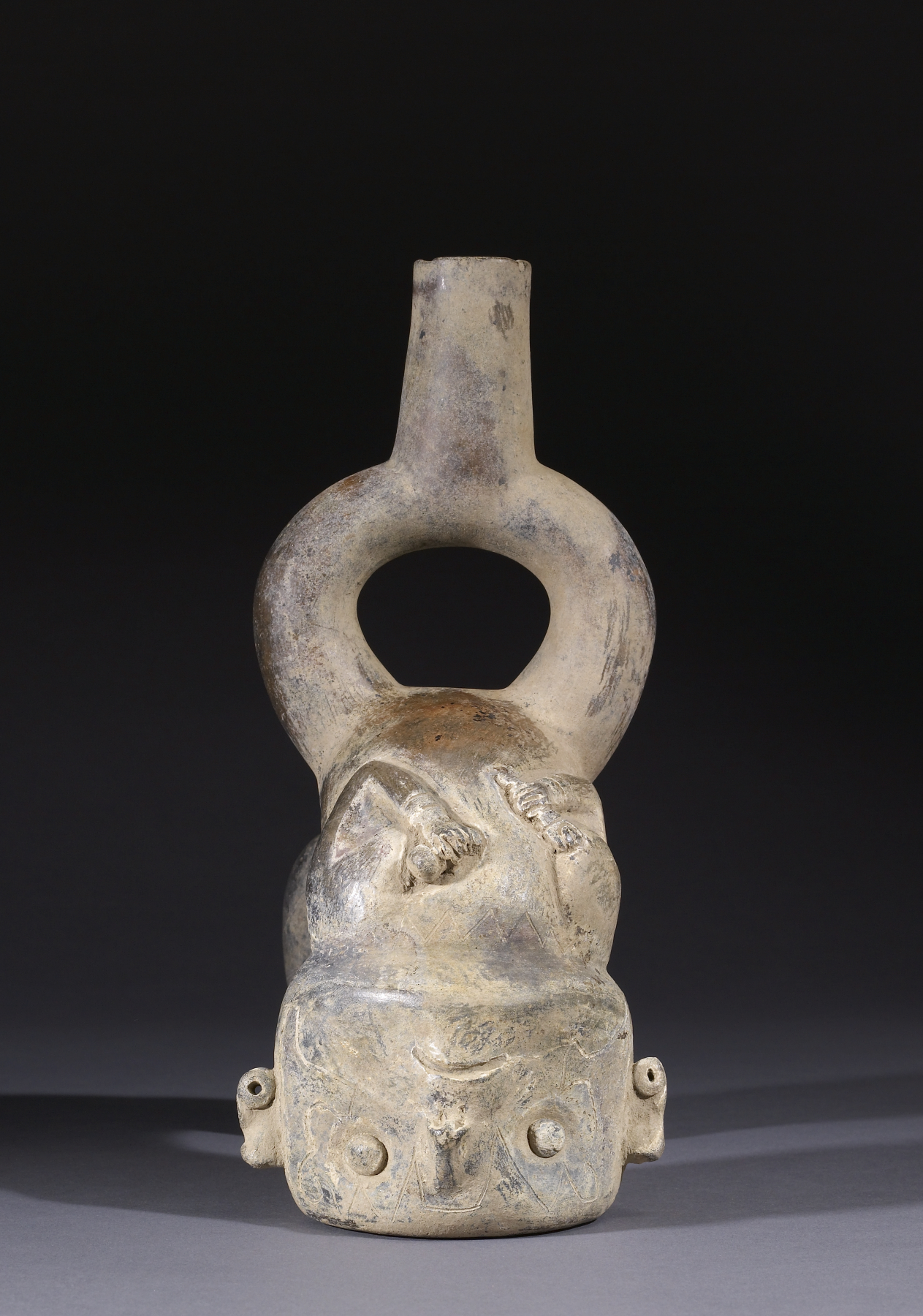 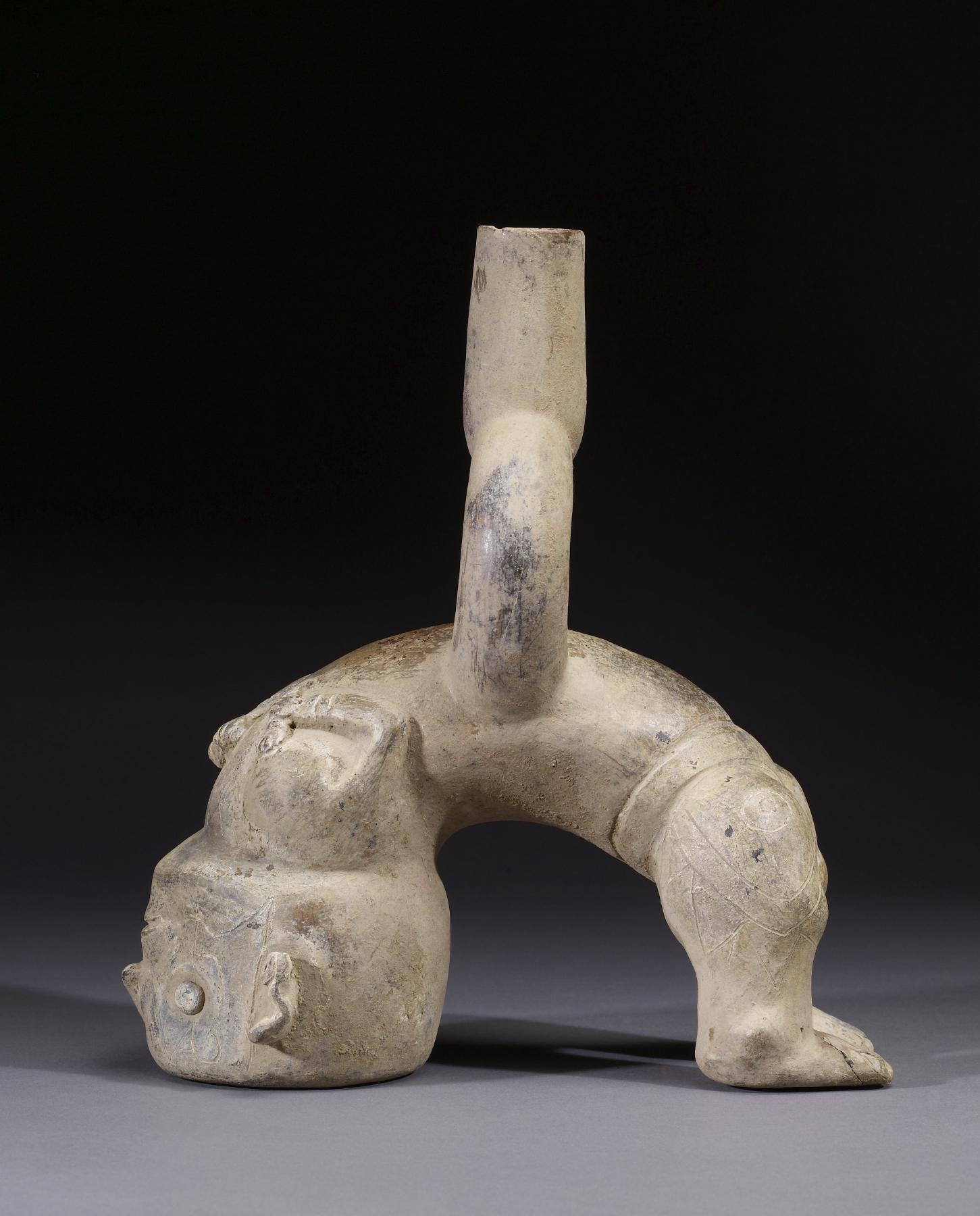 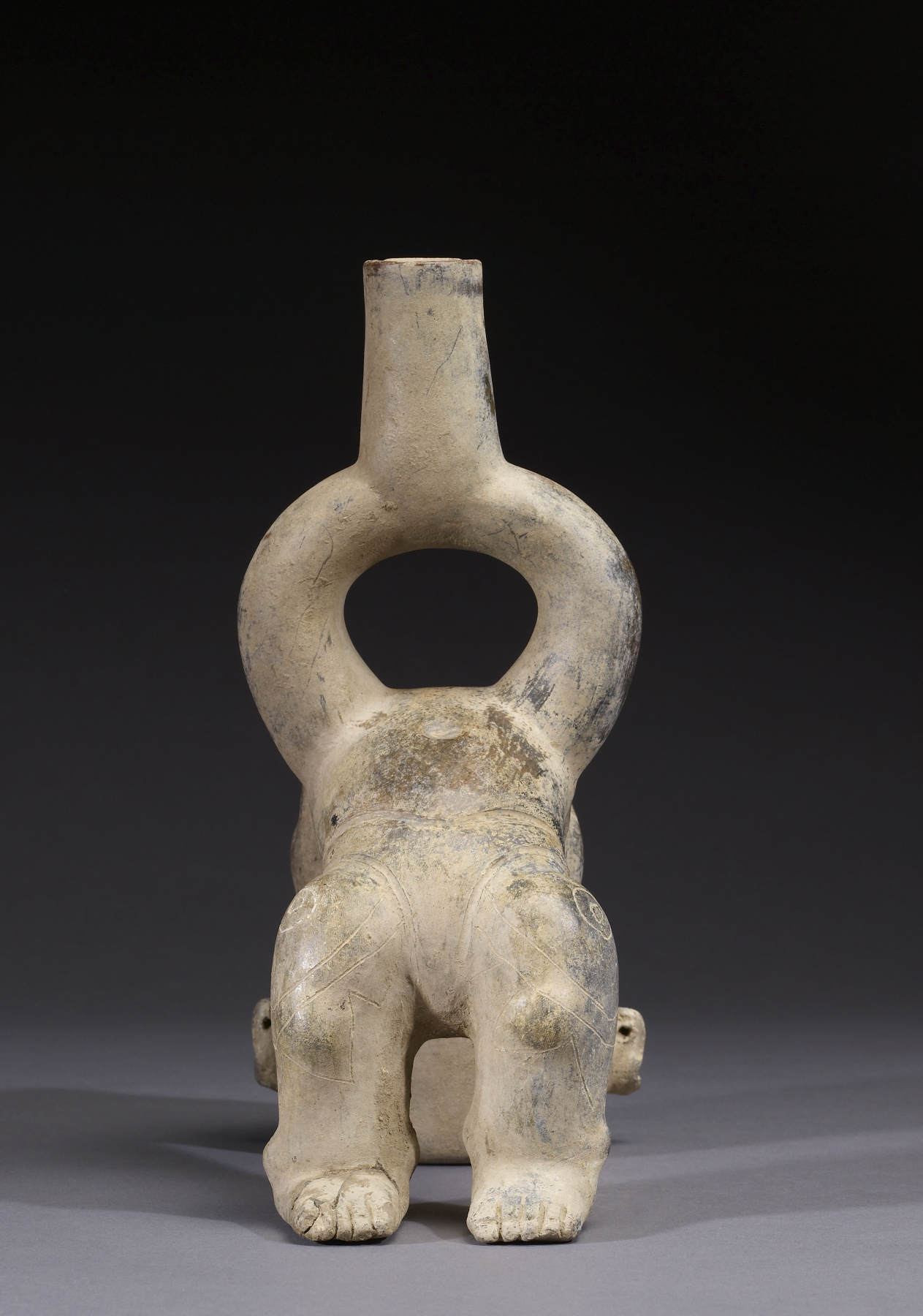 This vessel, like several other known examples from the Cupisnique culture, shows an acrobat or contorsionist, in the midst of a backbend. In the acrobat’s hands are two mysterious objects, one perhaps a rattle or noisemaker. Therefore, the vessel’s general form may represent an ancient ritual whose significance is now lost.