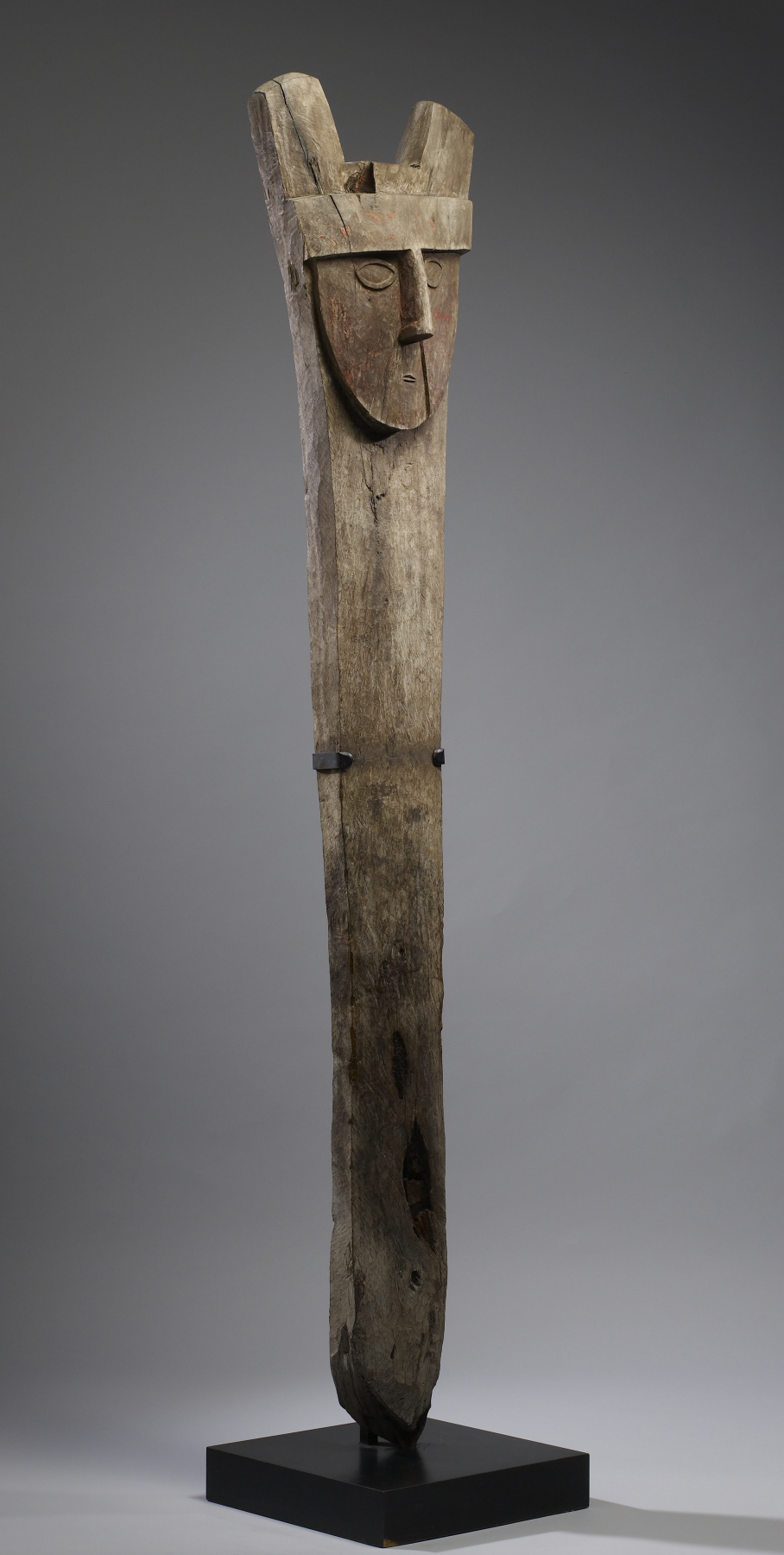 Placed beside or inside a tomb, this grave marker resembles a human figure. If buried, the post would have supported the roof of a tomb of the Ica-Chincha people, who lived on the central coast of Peru. Crowned with a two-pronged headdress, the post was treated the same way as a human skull in a tomb: the red colorant that can still be seen on the post is likely the same red cinnabar pigment used after death to paint the skeletal remains of the Ica-Chincha people.