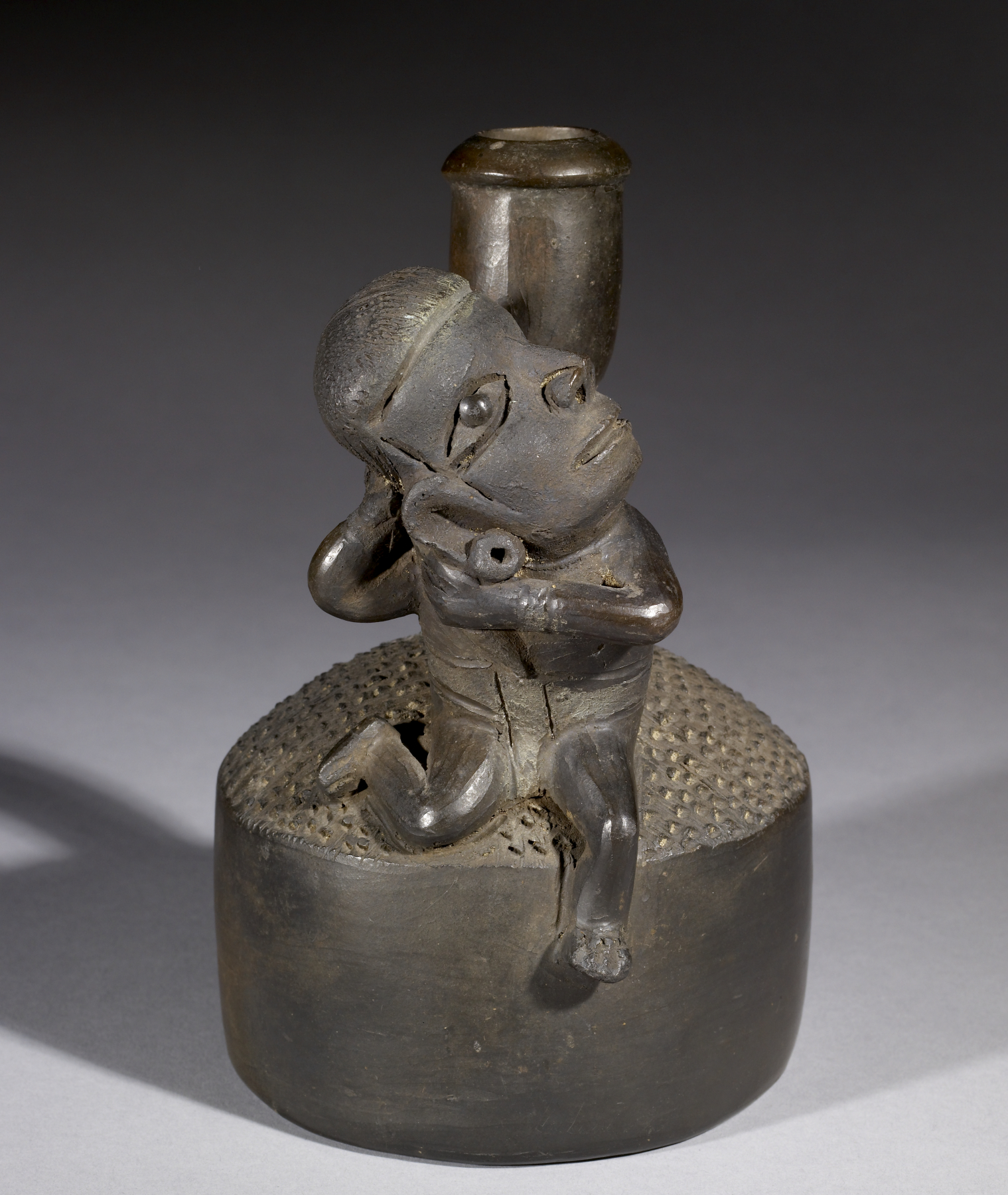 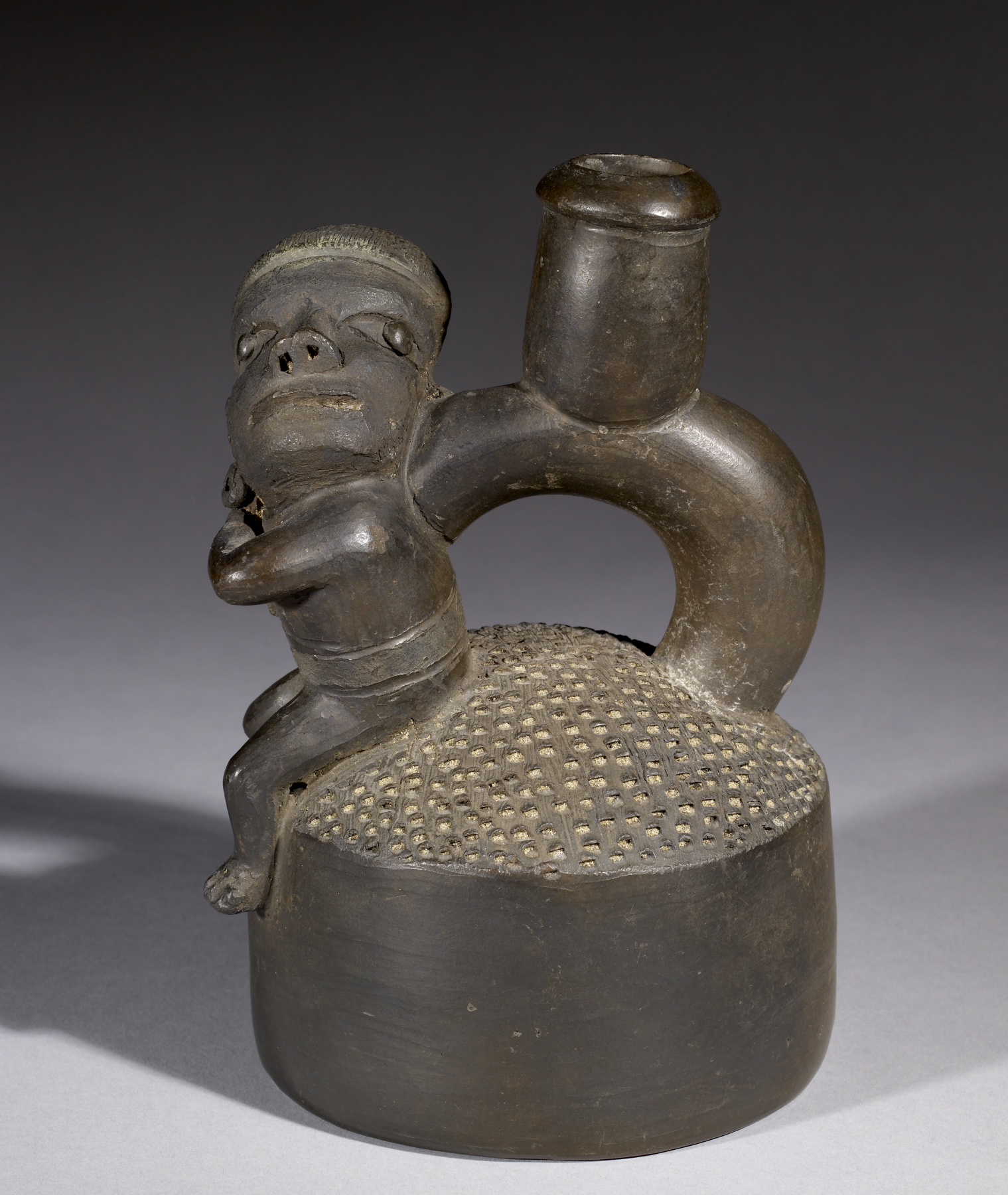 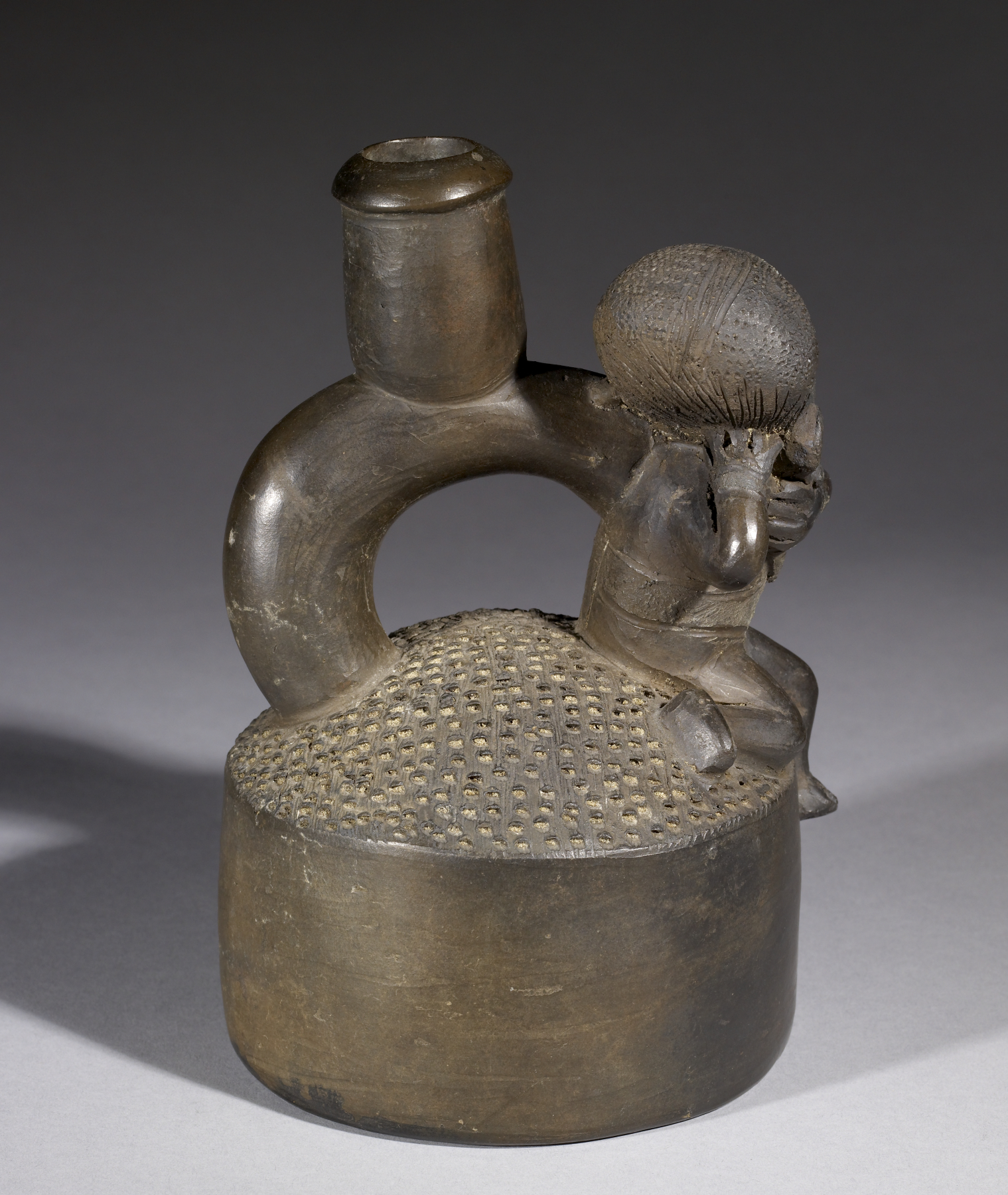 This “stirrup-spout” vessel shows a human or humanlike figure sprawled on the top of the container, in the process of cutting off his own head. Human sacrifice was a ritual practice in ancient Peru, and it seems that some individuals may have even offered their own lives for what they believed would have been the benefit of their whole community. In this view, their blood would have nourished the earth, which in turn would produce more abundantly for the community in question. It is unclear whether this represents an actual practice, or perhaps a mythological narrative.