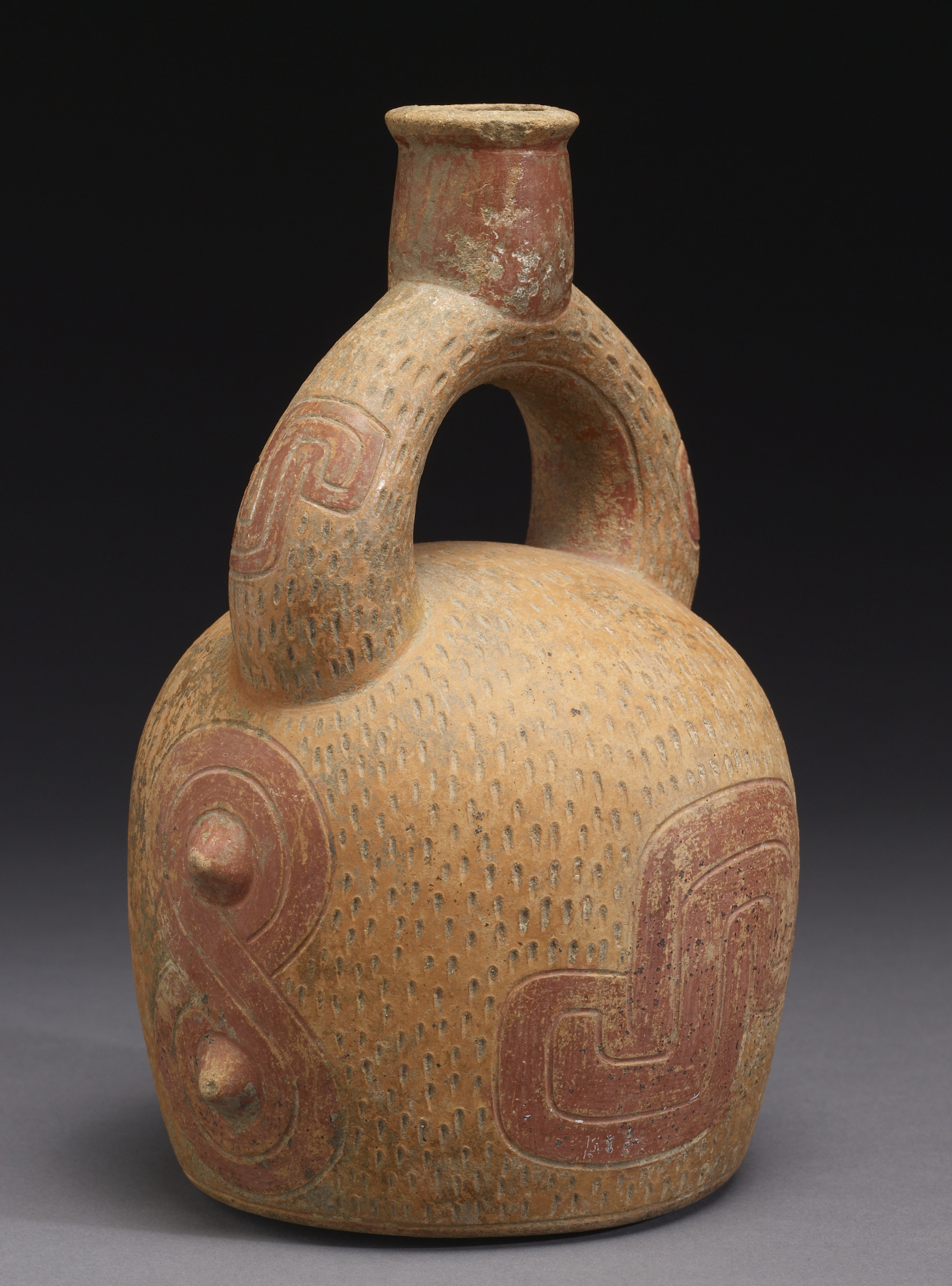 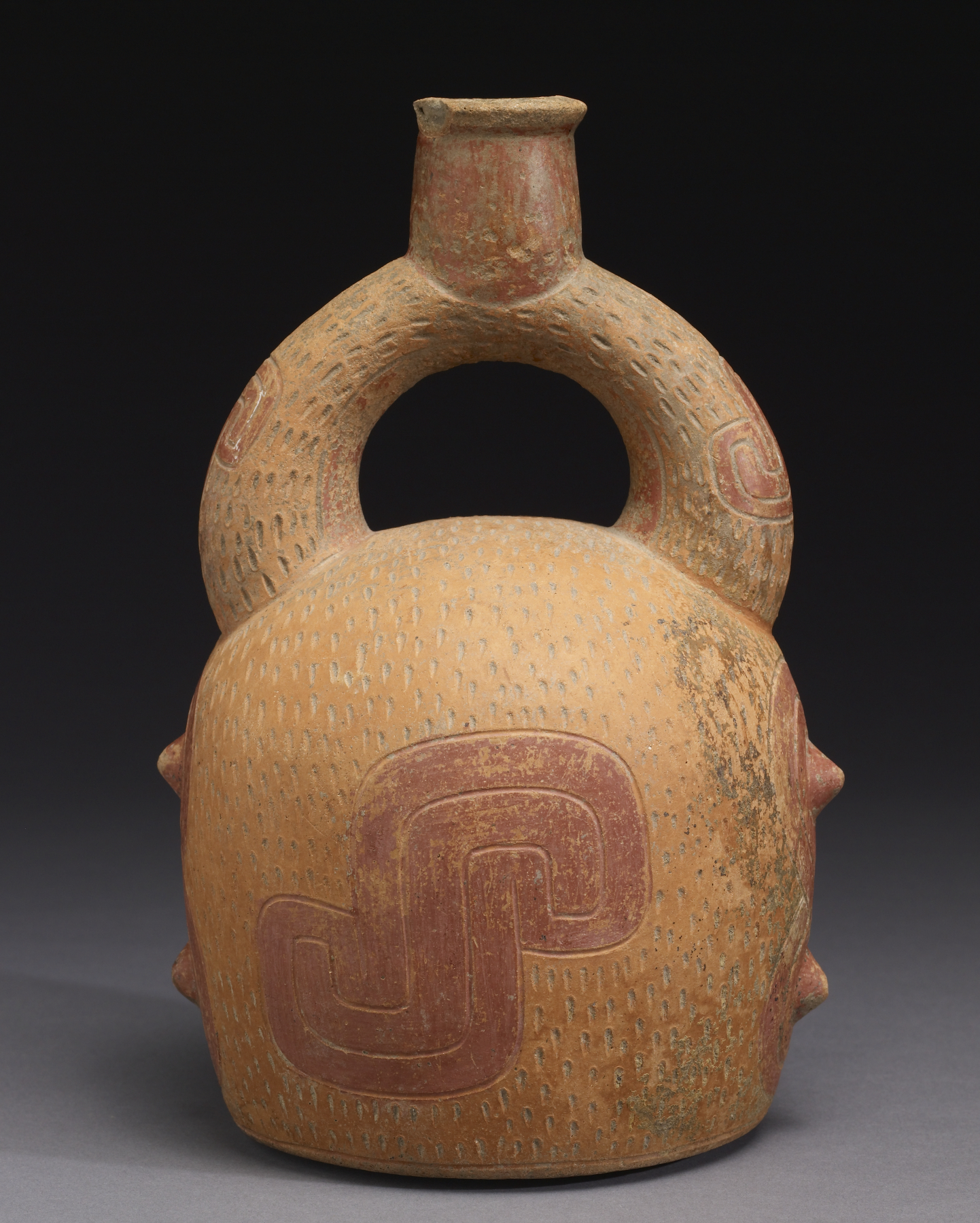 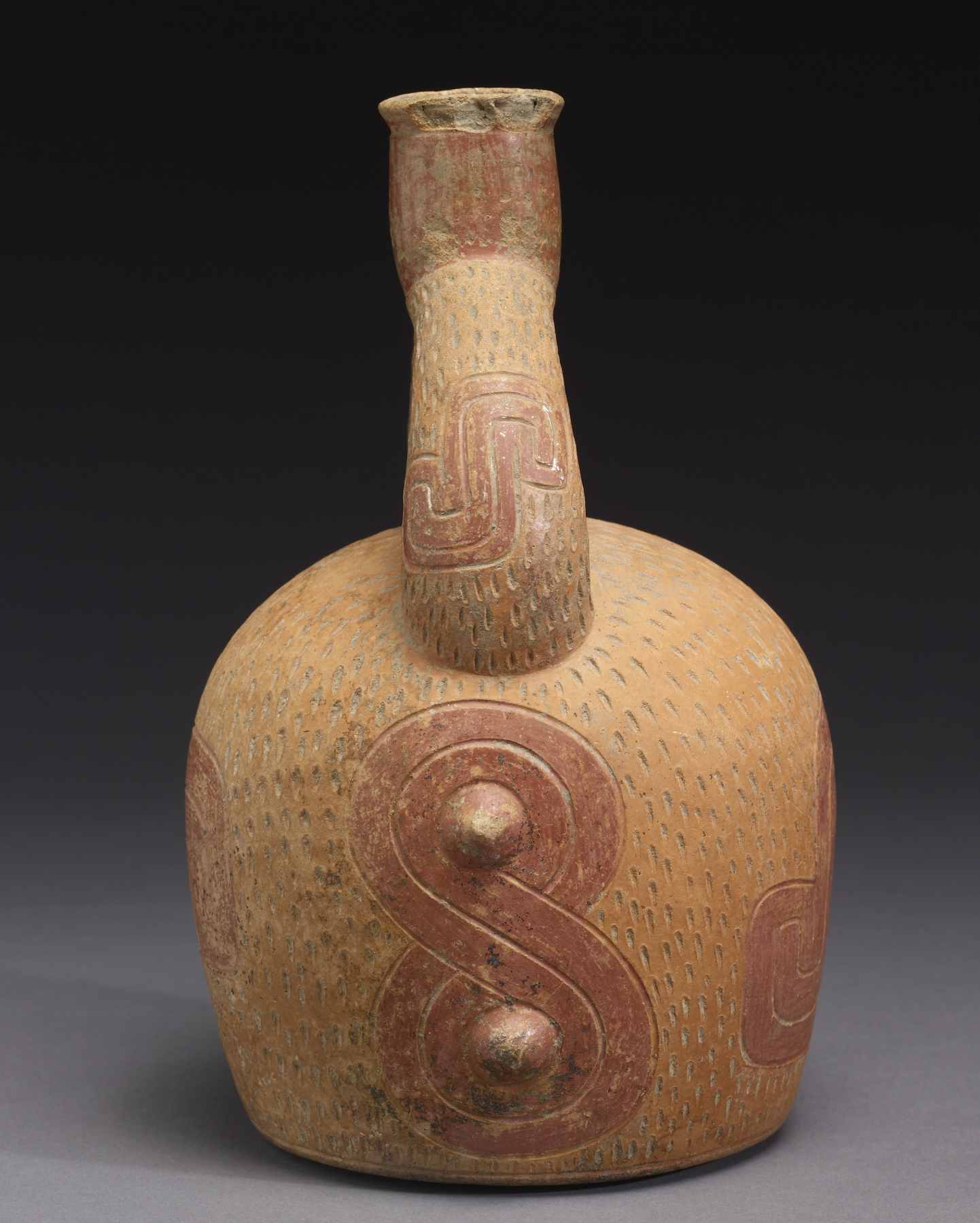 This “stirrup-spout” vessel shows a rich use of texture and color to create a beautiful and functional vessel. Much of the container’s body is created from an orange clay which has been repeatedly stippled or dotted with small holes, creating a rough texture which contrasts with the smoother areas of the vessel which have been painted with a thinned out solution of a red clay, known as slip. One side shows a figure-eight like figure with two protrusions, possibly a reference to the aguaje fruit. Other portions show a stepped pattern which may reference sacred mountains in the region.