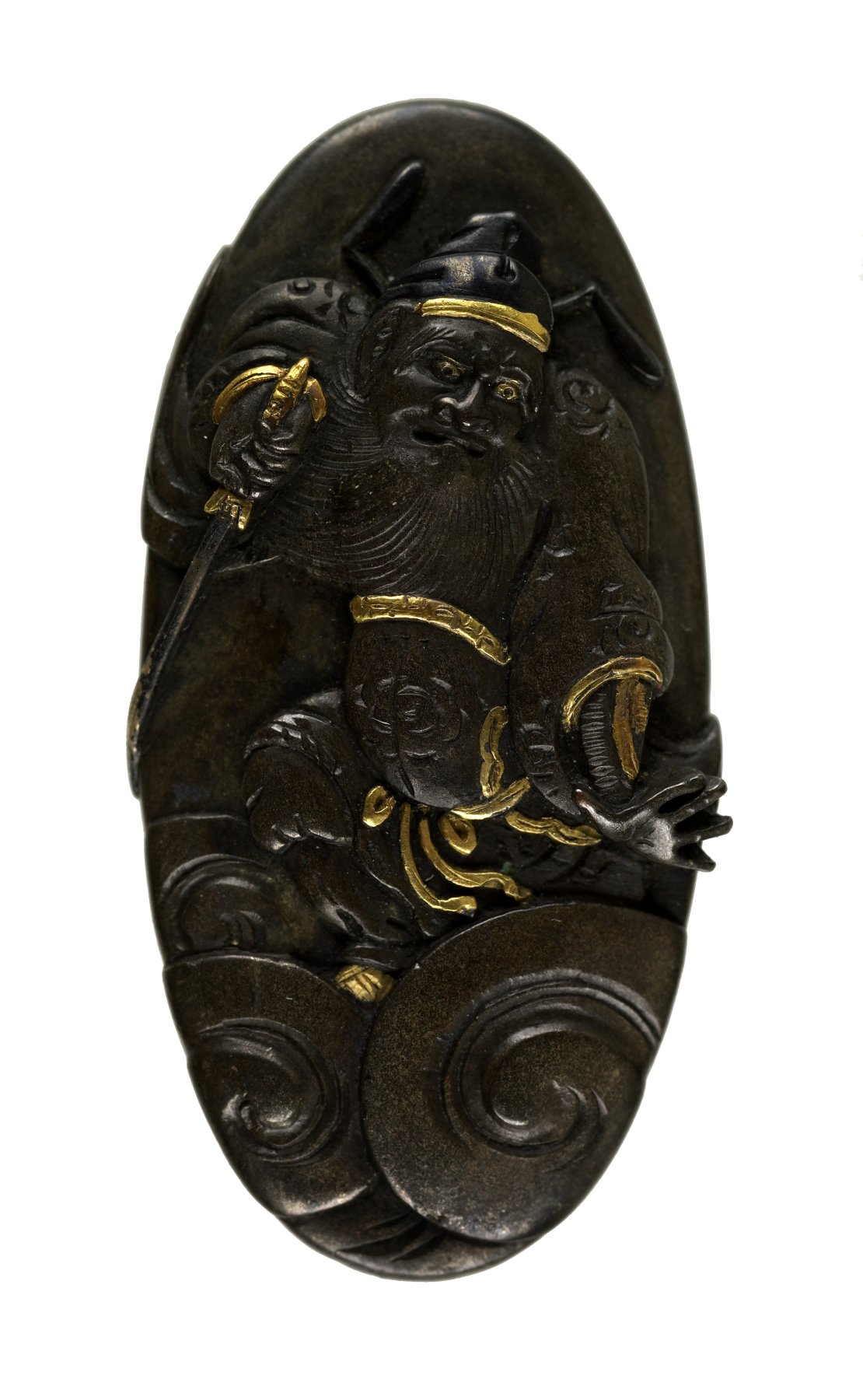 Kashira with Shoki the Demon Queller

Shôki the Demon Queller is depicted amongst clouds with a drawn sword. The legend of Shôki originated in China. Shôki was an aspiring scholar in China who committed suicide when he failed the examinations to become a government official. The emperor, when he realized the degree of Shôki's commitment to service, awarded him the title of doctor. Shôki then appeared to the emperor in a dream where he vowed to protect the empire from demons to show his gratitude. This is part of a set with Walters 51.1054.