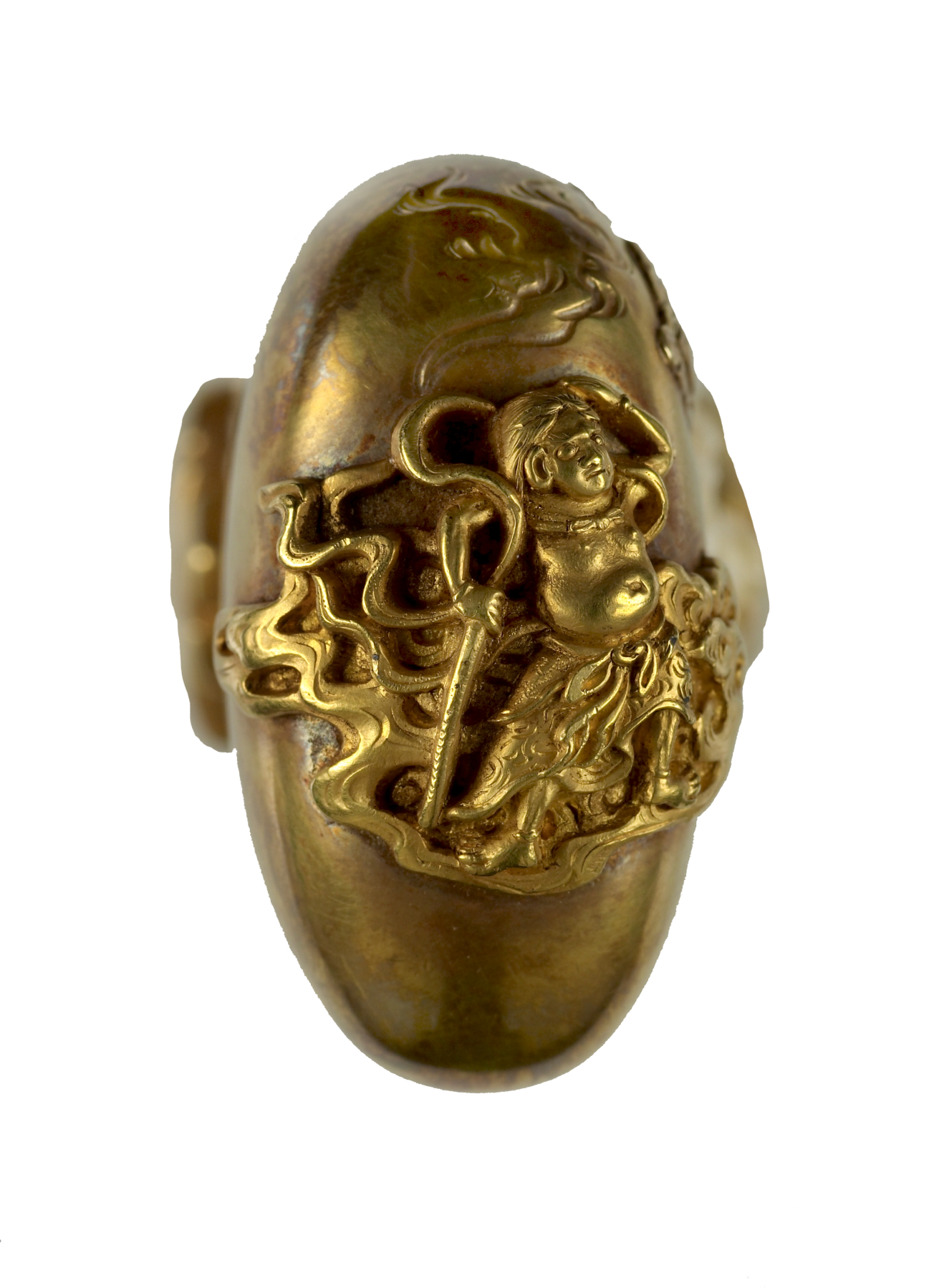 The menuki on the front of the hilt depicts the deity Fudô Myô-ô, the Immovable One. Behind him is a mandorla of flames. Fudô Myô-ô is one of the five Kings of Light who protect the Buddhist faithful. His fierce expression is intended to scare away evil spirits. He is almost always shown with a sword in his right hand and a rope in his left hand. The menuki on the reverse is the Sanskrit syllable "ham" which indicates Fudô Myô-ô. His acolyte Kongara Dôji appears on the kashira. Another acolyte, Seitaka Dôji, appears on the fuchi. This is part of a mounted set in which all the pieces are related to Fudô Myô-ô.