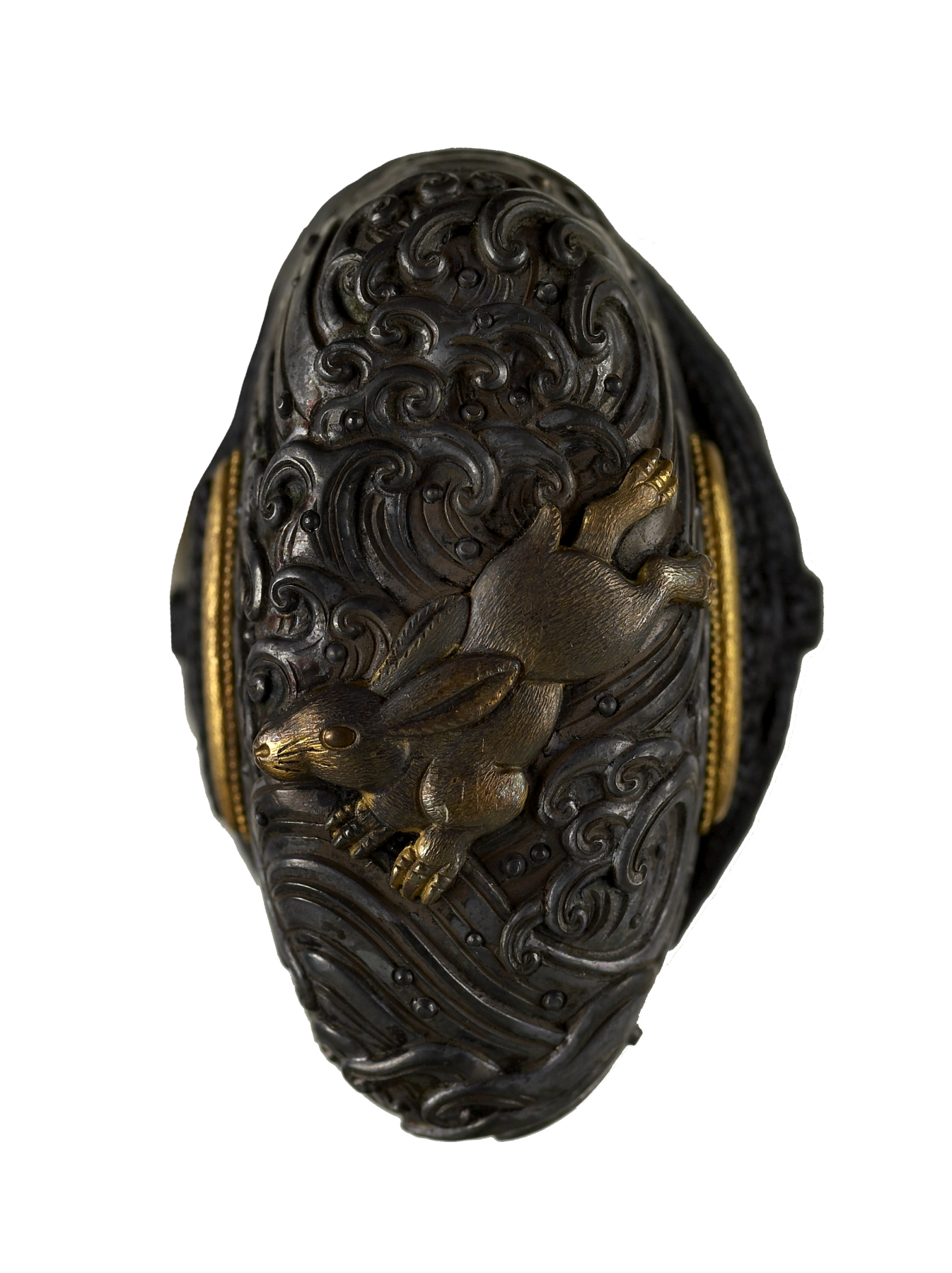 Tsuka with Rabbit, Hawk, and Monkey

The kashira is decorated with a rabbit running over waves. According to folklore, female rabbits conceived by doing this on the eighteenth day of the eight month. One menuki is in the shape of a hawk and the other is shaped like in monkey hiding in a rock. This is part of a mounted set.

Long Sword with Fittings of Rabbits on Waves