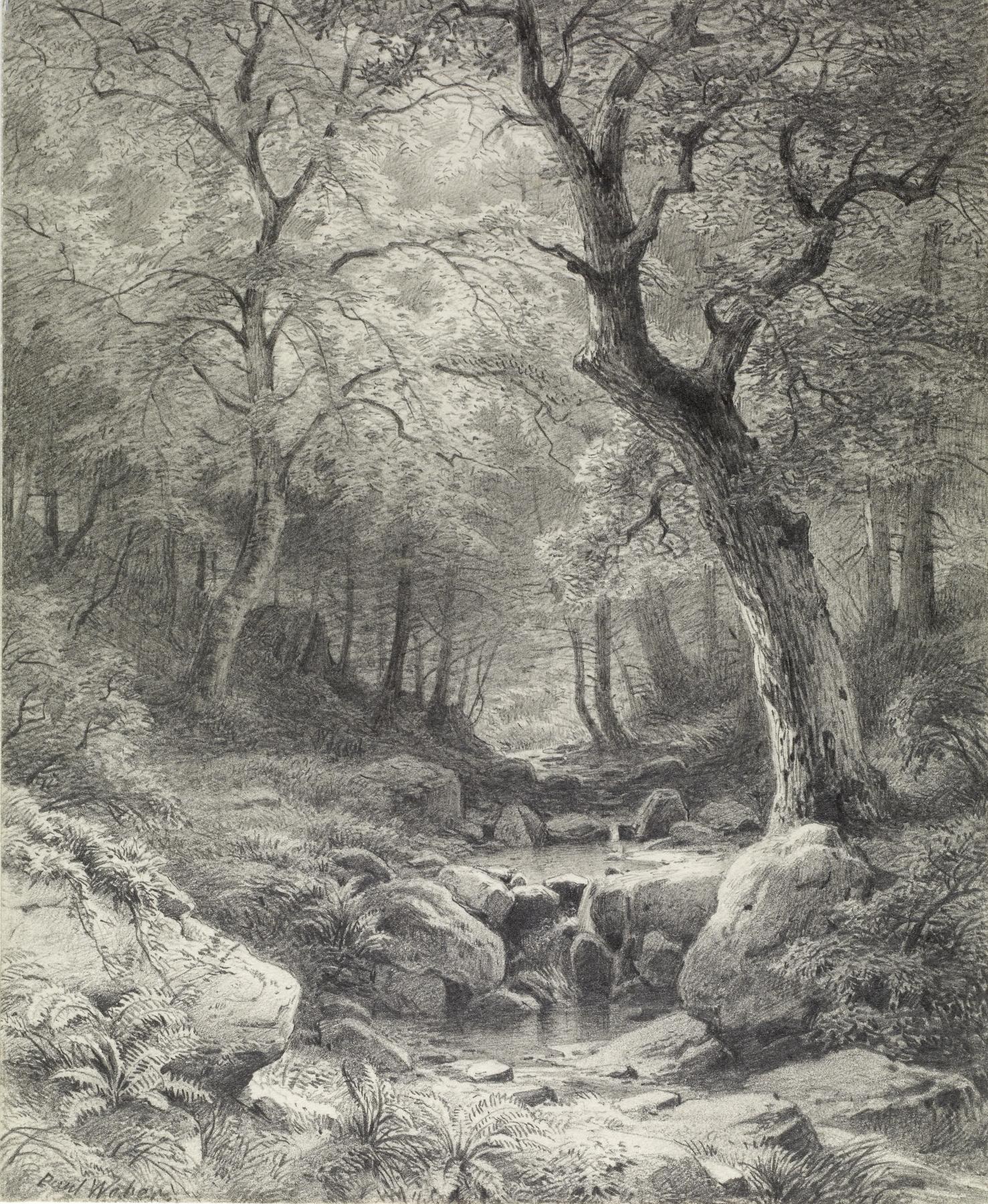 Paul Weber studied in Frankfurt, Germany, and then immigrated to the United States in 1848 at the age of 25. He settled in Philadelphia and exhibited frequently at the Philadelphia Academy of Fine Arts. He returned to Europe in 1857 and, in 1860, was appointed court painter at Darmstadt, then the capital of the duchy of Hesse-Darmstadt. His landscapes were particularly admired by American collectors for their dramatic effects.