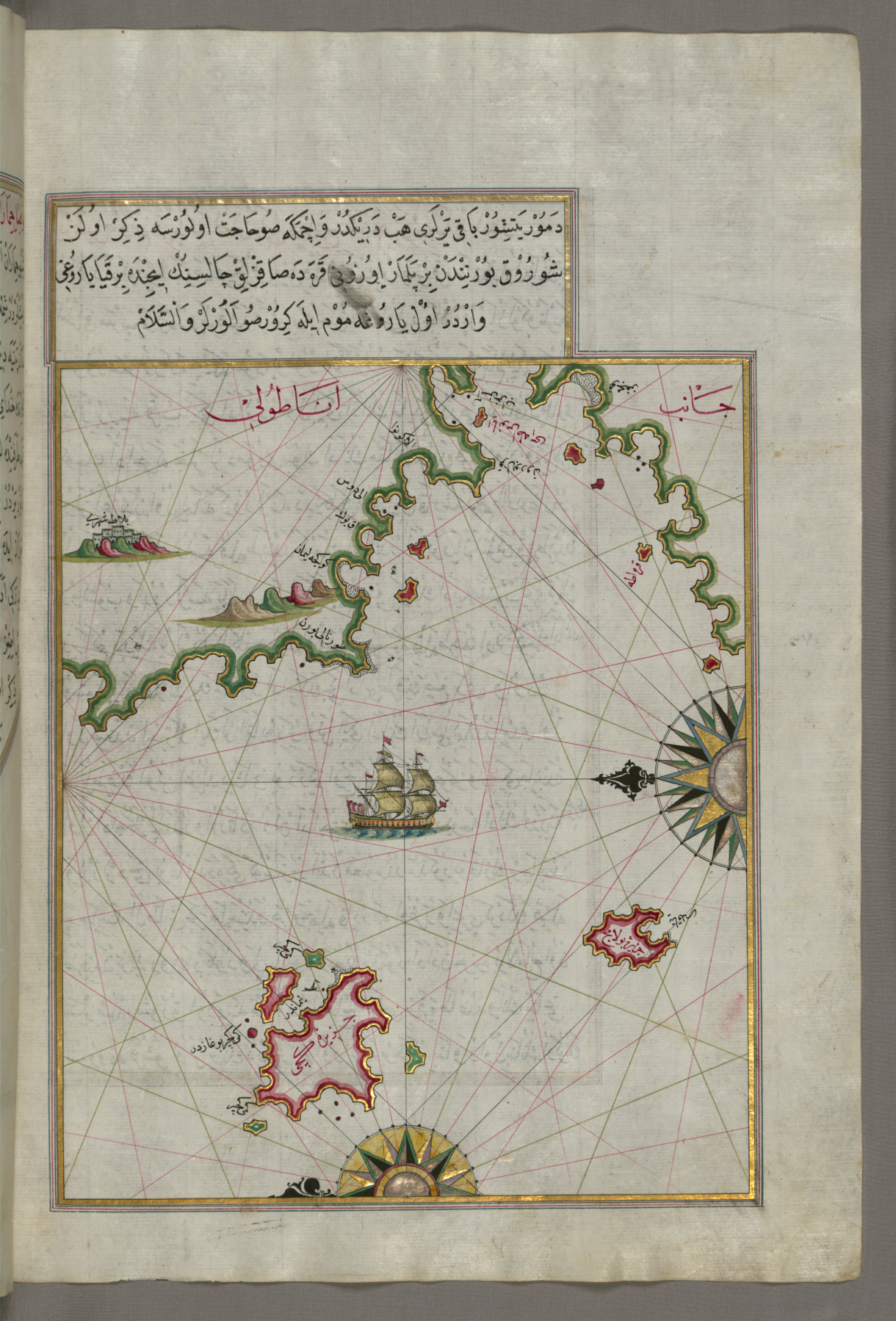 Map of Two Small Islands Off the Coast of Anatolia

This folio from Walters manuscript W.658 contains two small islands off the coast of Anatolia south of Samos (Susam) and east of the city of Balat on the Anatolian side.