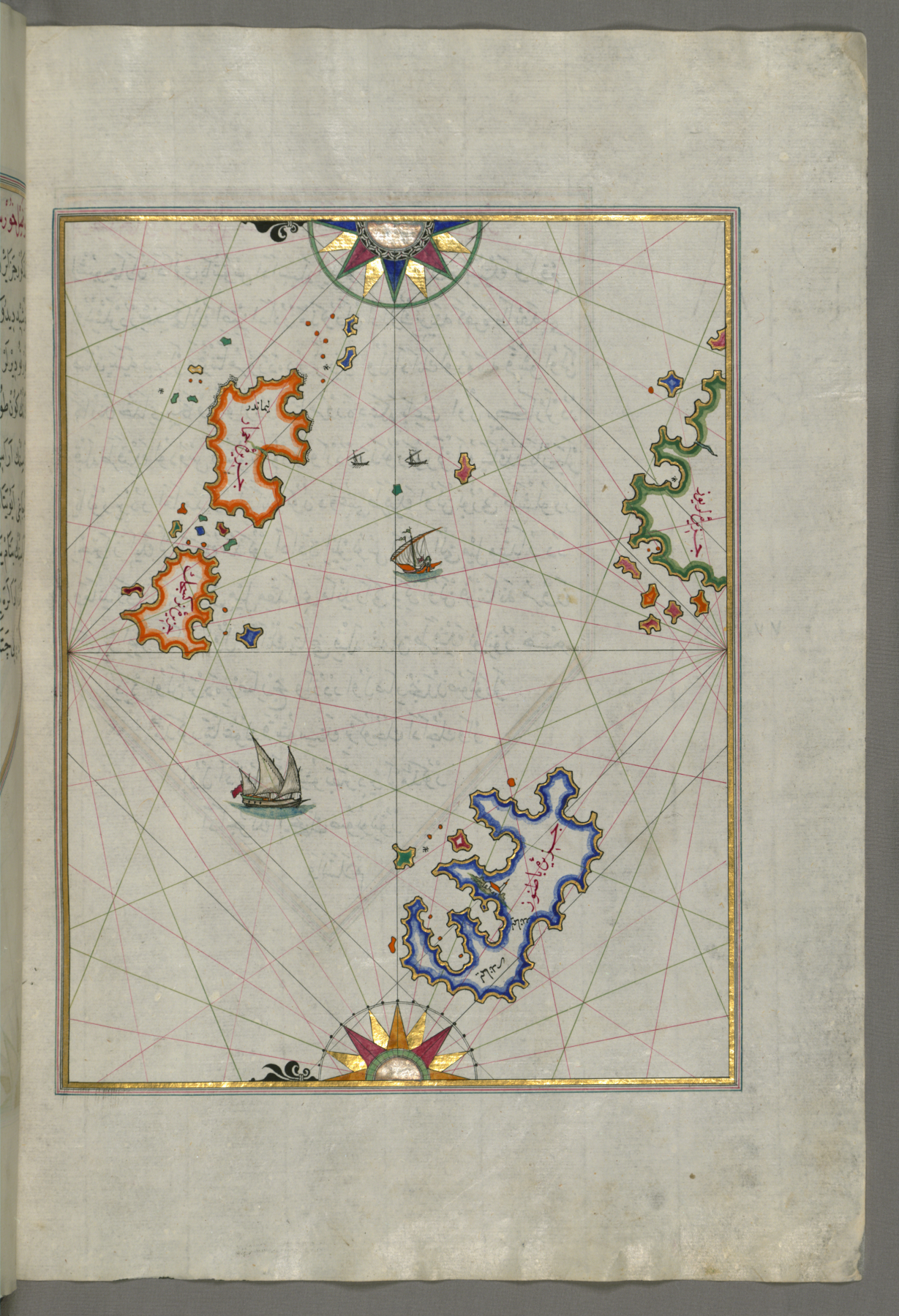 Map of Several Islands of the Eastern Aegean Sea Including: Leros and Patmos

This folio from Walters manuscript W.658 contains a map of several islands of the eastern Aegean Sea including: Leros (Lirus) and Patmos (Batnuz).