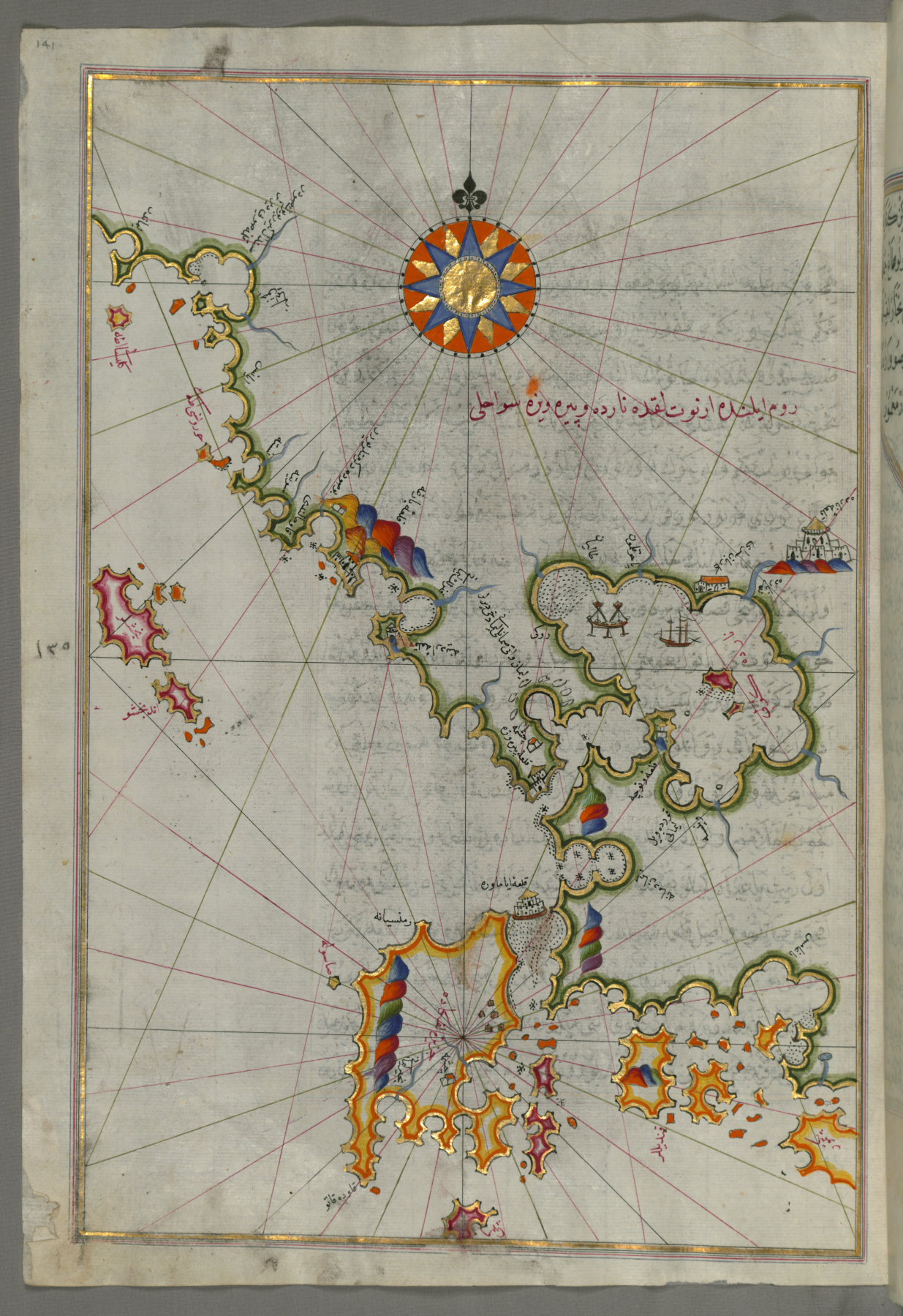 This folio from Walters manuscript W.658 contains a map of the western coast of Greece from the island of Levcas (Lefkada, Leucas, Santa Maura) going north as far as Paxi (Paxoi) Island.