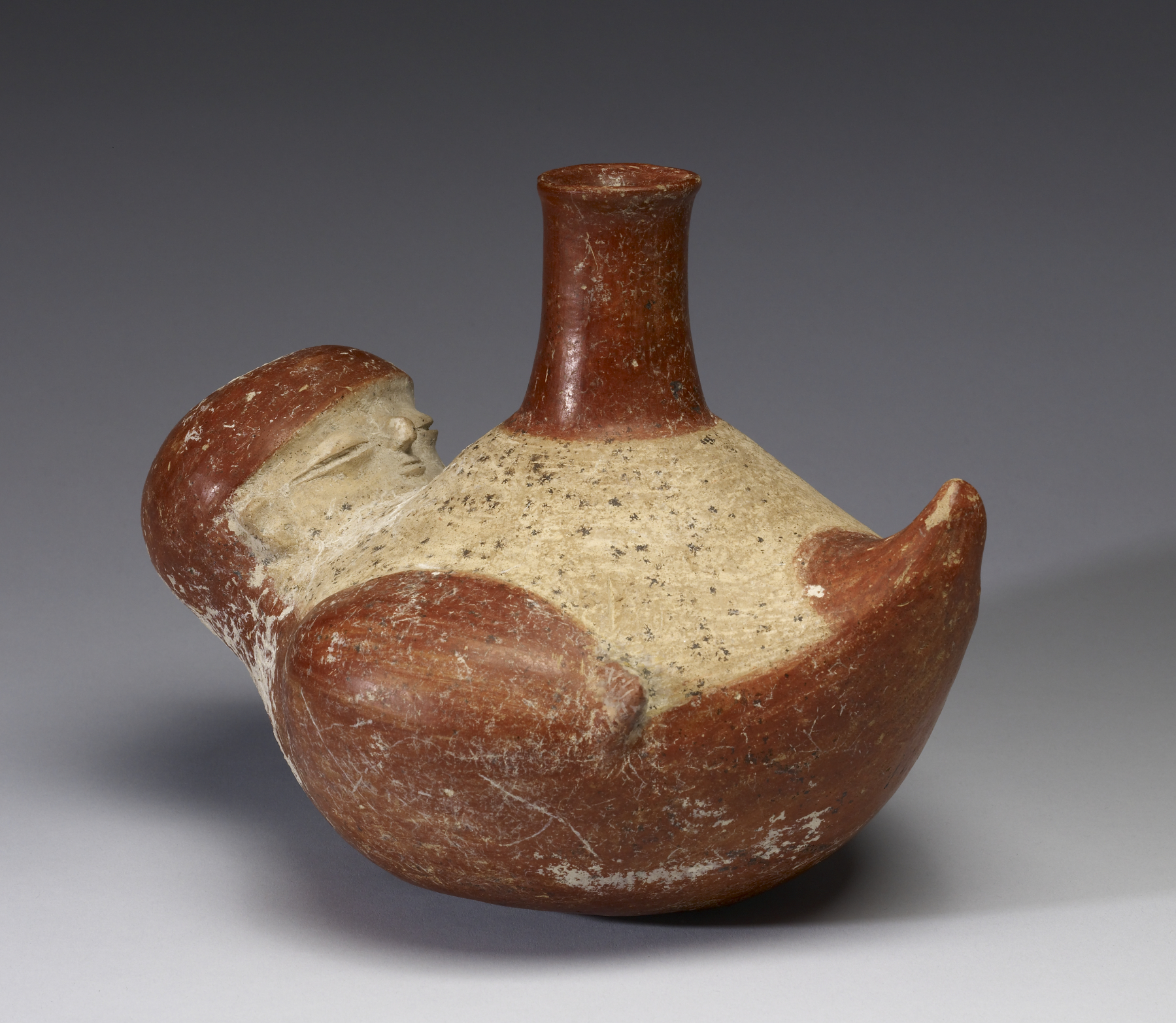 Chorrera (1800-300 BC) ceramics are considered the hallmark of the civilization that arose in the wake of Valdivia along the coastal provinces of Esmeraldas, Manabí, Guayas and Los Ríos. Notable technological advances in ceramics were made, and a profound stylistic unity in all art forms was achieved.

Artists aimed at creation of objects beyond ordinary need. Chorrera art signals a movement from objects used in ritual, to objects that became the focus of ritual. Sculptural ceramics are larger and more elaborate in form. The conceptual focus of Chorrera ceramics is primarily on the natural state of things. Potters excelled in figural sculpture, animal and plant effigy vessels, and whistling vessels.

This vessel is a spherical red bottle marked by a single spout or neck. The vessel body forms the belly of a composite avian-human lying on its back. The 'bird man's' features- a human head, opposing wings, and tail feathers- are modeled to the sides of the vessel wall, creating a balanced, symmetrical form. The white painted belly and face of the creature provide visual contrast and draw attention to its upraised head. Additional contrast is lent by the gloss of the red paint against the matte finish of the white. Large so-called coffee bean eyes, and diminutive nose, mouth, and ears, conventional to Chorrera figural sculpture, characterize the creature's face.