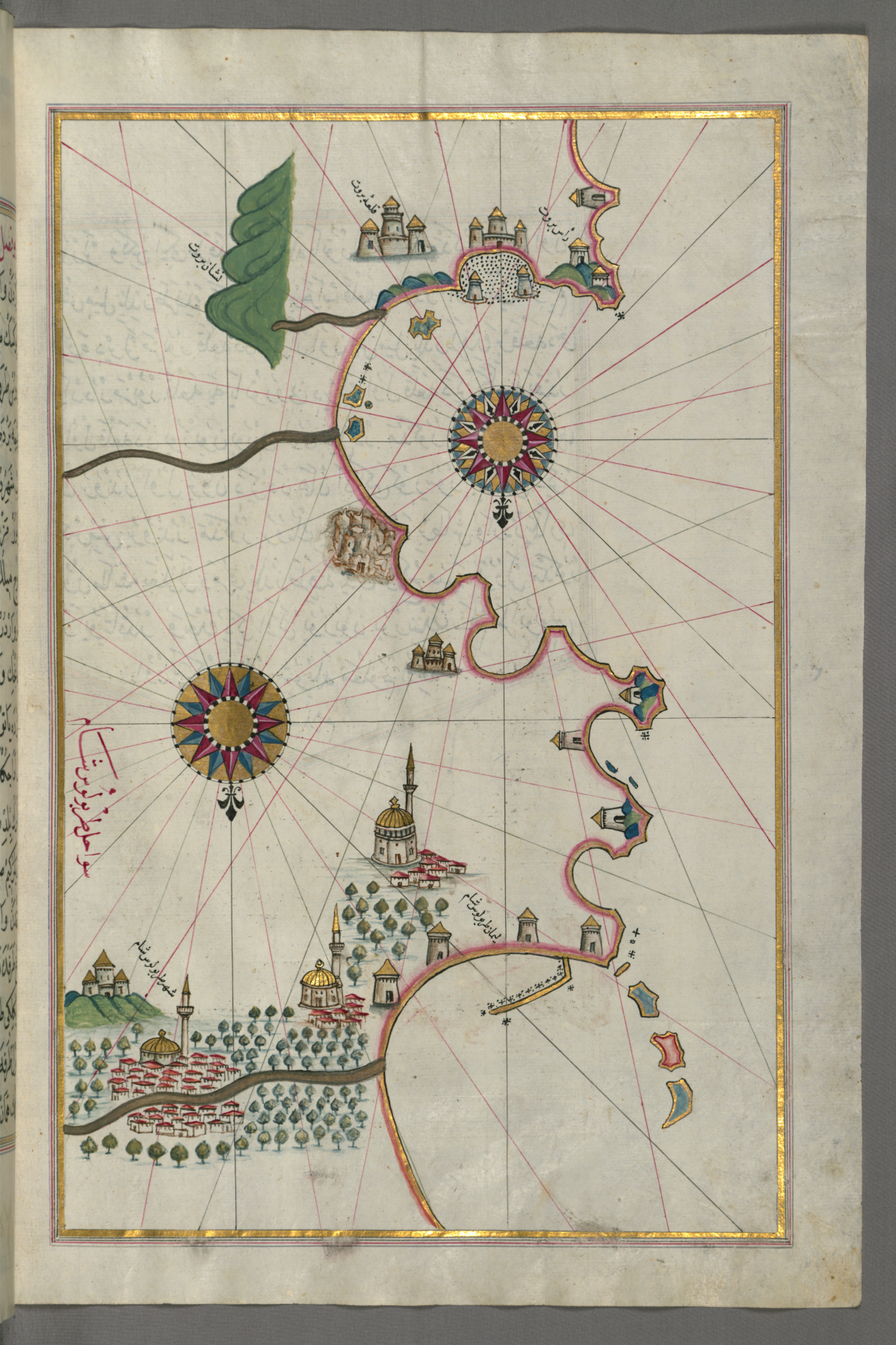 Map of the Eastern Mediterranean Coast and City of Tripoli

This folio from Walters manuscript W.658 contains a map of the eastern Mediterranean coast and city of Tripoli (Tarabulusi Sham) (Lebanon).