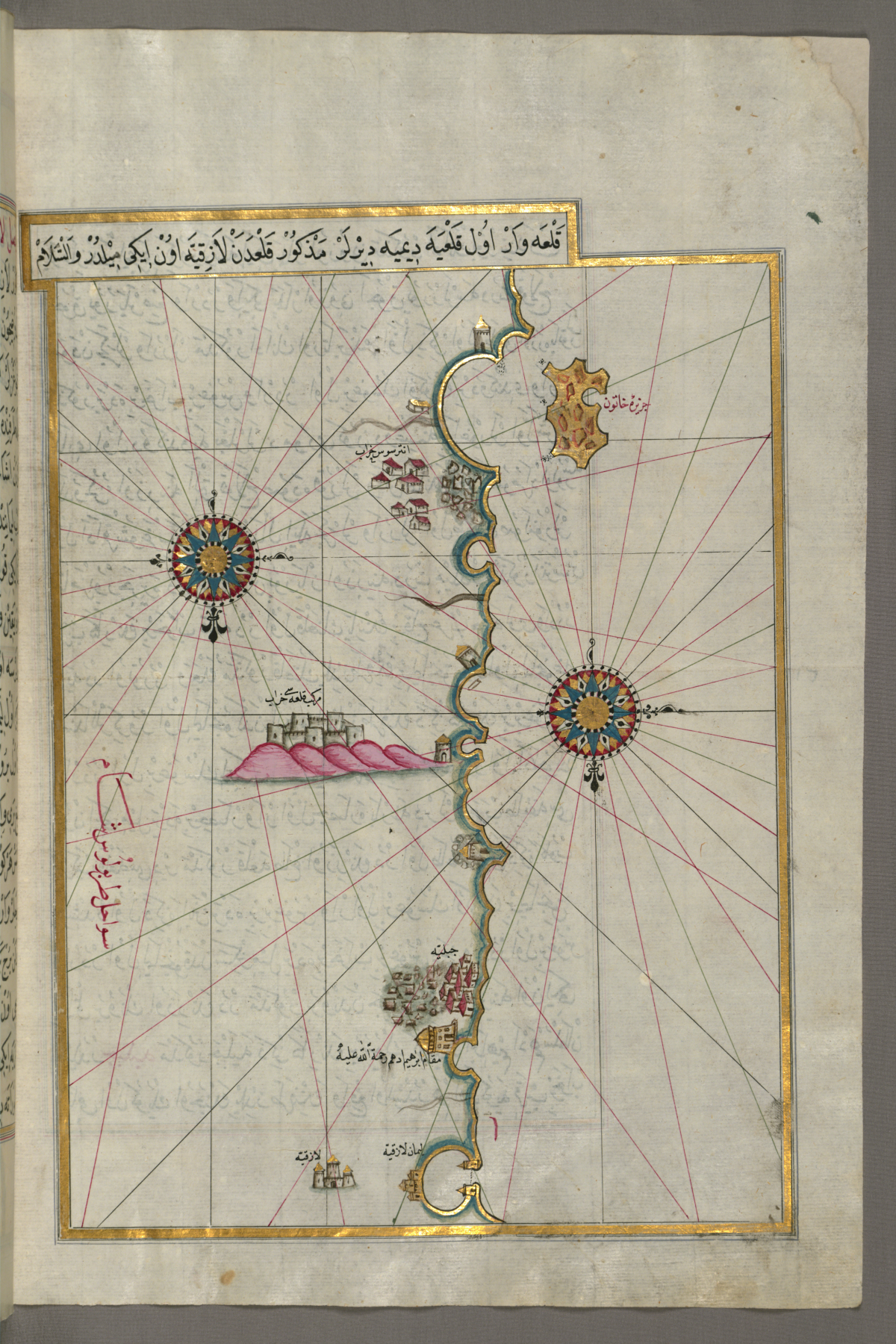 This folio from Walters manuscript W.658 contains a map of the eastern Mediterranean coast beginning with the island of Khatun as far as Latakia (Ladhiqiyah) (Syria).