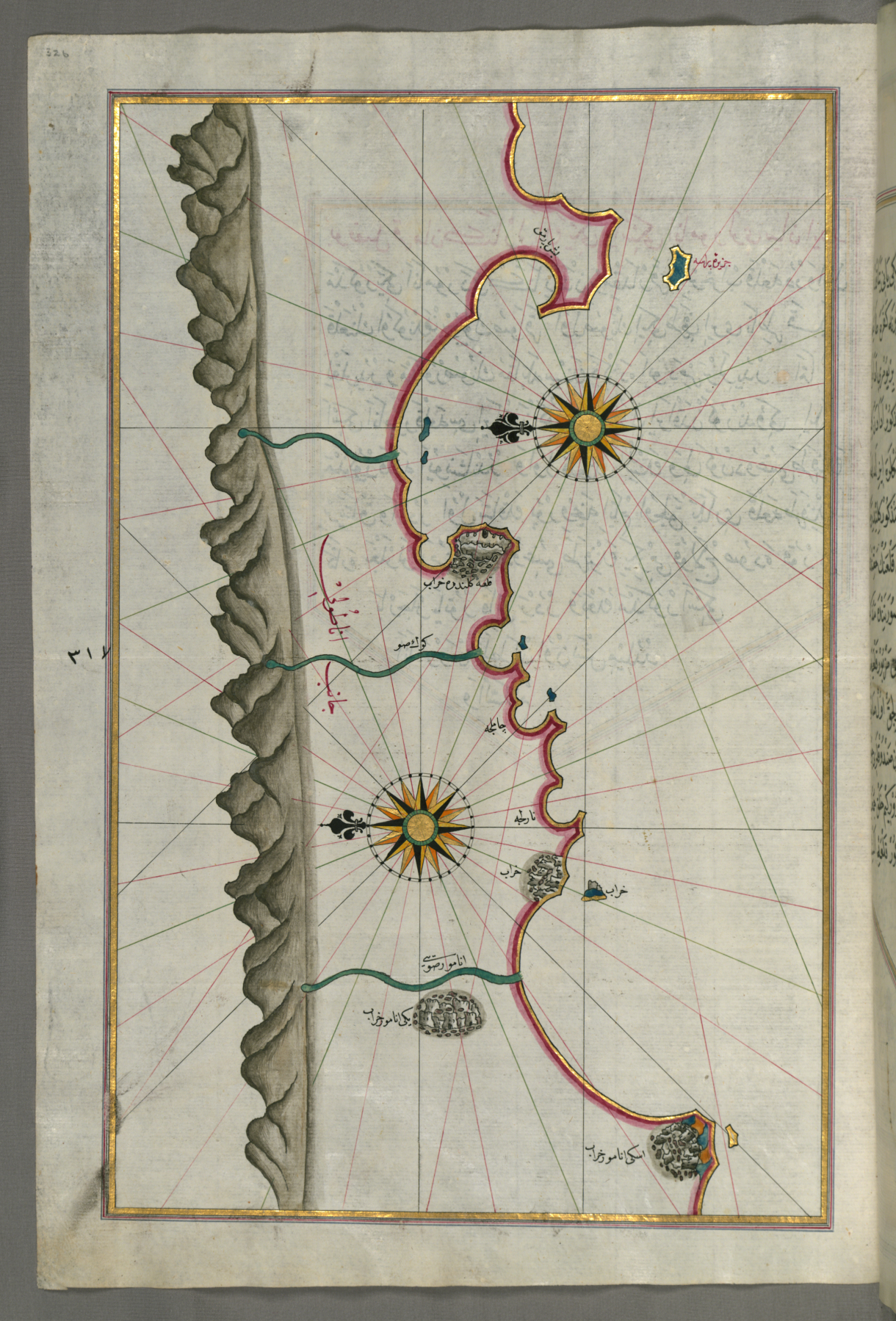 Map of the Anatolian Coast From Silfke to Anamur

This folio from Walters manuscript W.658 contains a map of the Anatolian coast from Silfke to Anamur.