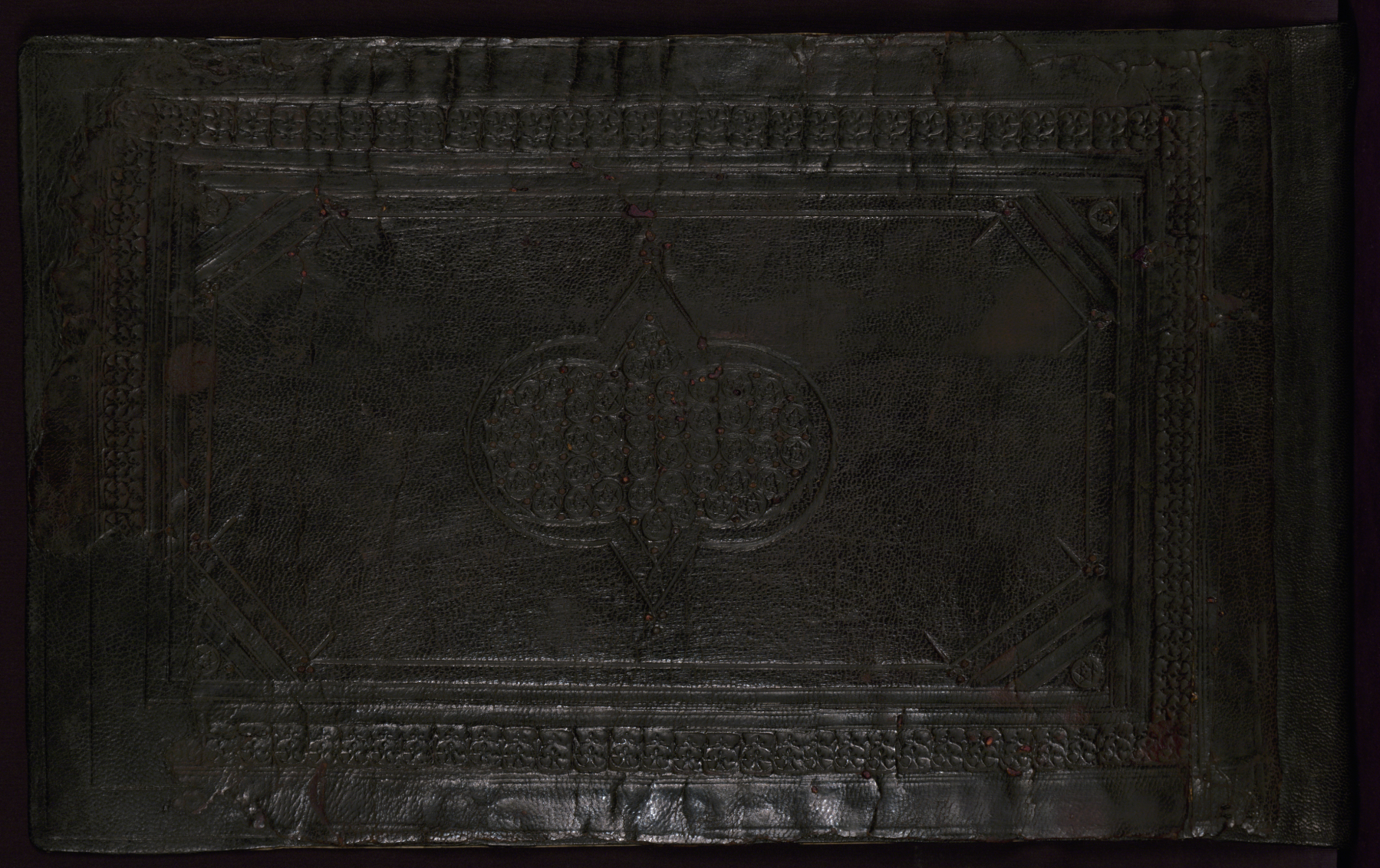 This binding from Walters manuscript W.554 probably dates to the 5th century AH/AD 11th. It is composed of blind-tooled black goatskin (without a flap) and has a central medallion defined by two round lobes and two triangular projections. There is overall application of a small tool with a six-pointed star; an identical tool is applied to cornerpieces. The inner frame is defined by a tooled decoration of stylized leaves. The binding has a central form in which multiple small circles enclose the six-pointed star. The binding is also decorated with cornerpieces and an outer frame.