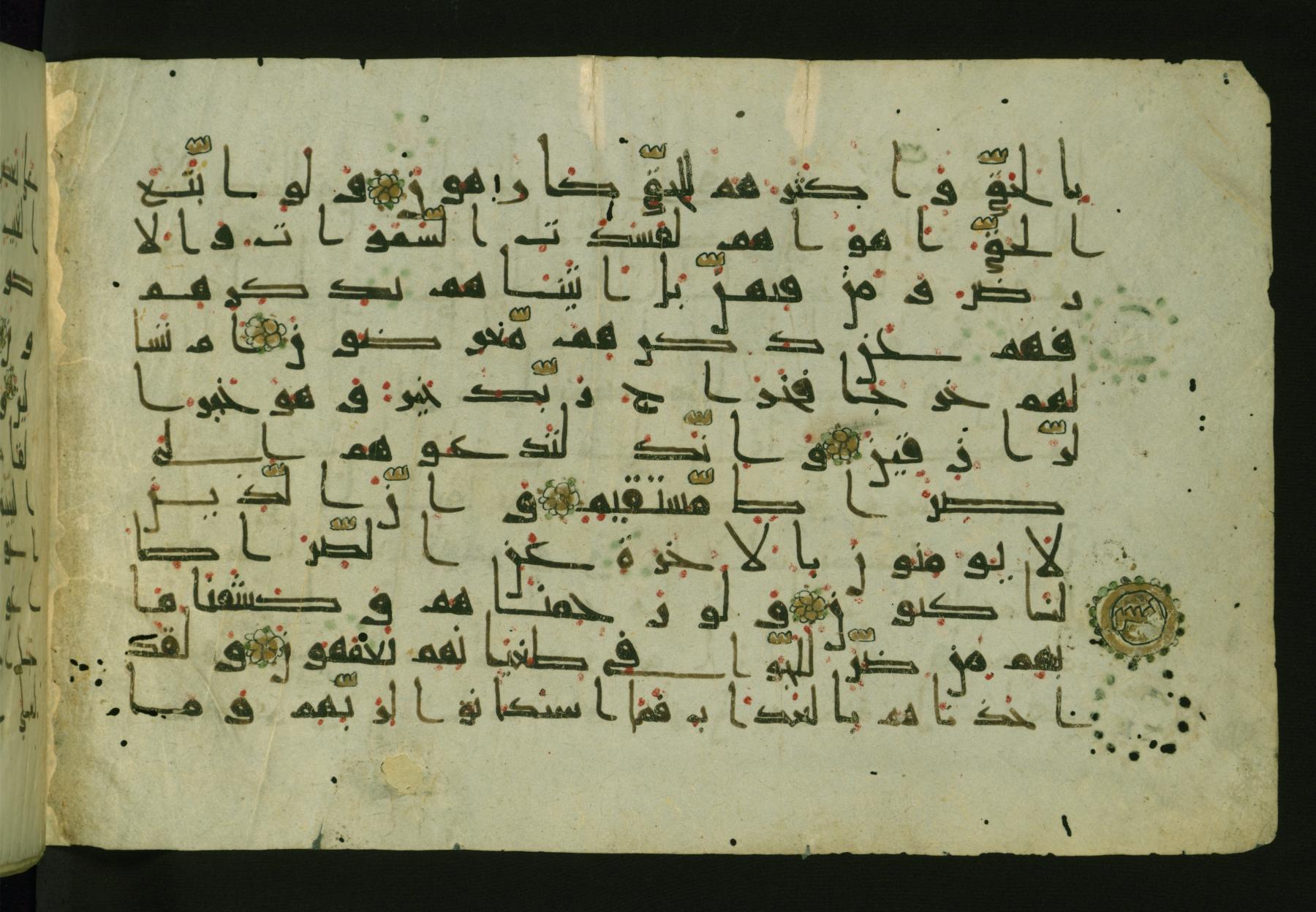 This folio from Walters manuscript W.554 is a later addition to the manuscript. Added in the 5th century AH/AD 11th century, it is executed in a hand influenced by or imitating the future of the New Abbasid Style (Broken Cursive).