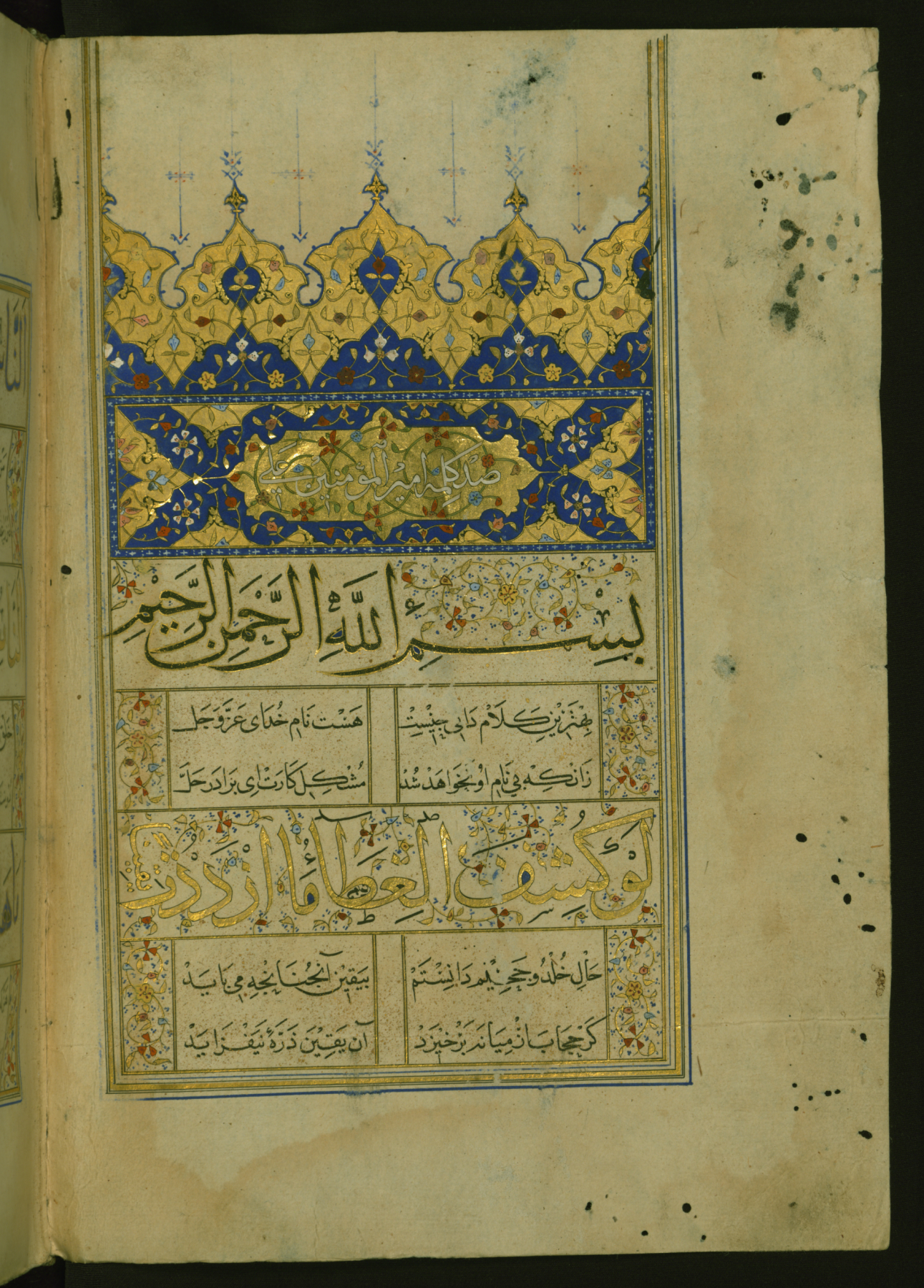 This opening decorated page from Walters manuscript W.615 has an illuminated headpiece with the title of the work in Tawqi script executed in white ink on a gold background. The text begins with the doxological formula (basmalah) in black Muhaqqaq script outlined in gold, followed by two Persian verses in black Naskh script. Following is an Arabic line written in gold Thuluth script outlined in black. The Arabic text is again followed by two Persian verses inscribed in black Naskh. 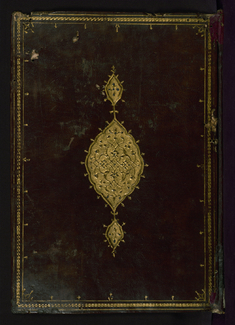