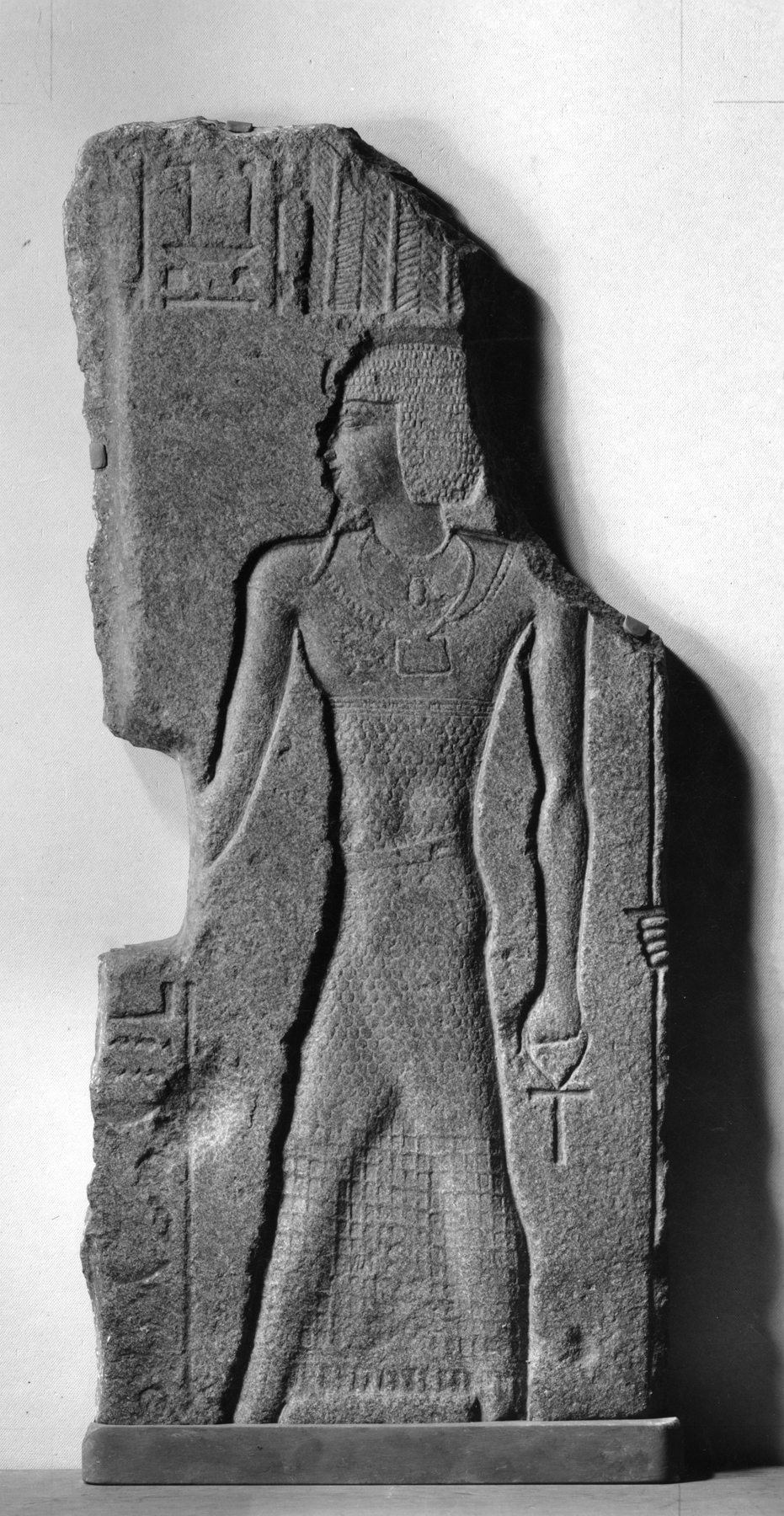 Here, the god Onuris-Shu holds an ankh, the hieroglyphic sign for life, in one hand and a was scepter, an animal-headed staff symbolizing power, in the other. Four plumes rise from a circlet atop his short wig, and a protective uraeus (sacred cobra) rises from his brow. The god wears a long, sheer, patterned garment, a divine beard, a wesekh, or beaded broad collar, and a necklace with a shrine-shaped pendant. A portion of the hand and scepter of another divine figure remain behind Onuris-Shu. The inscriptions suggest that the relief was once part of a scene of adoration.