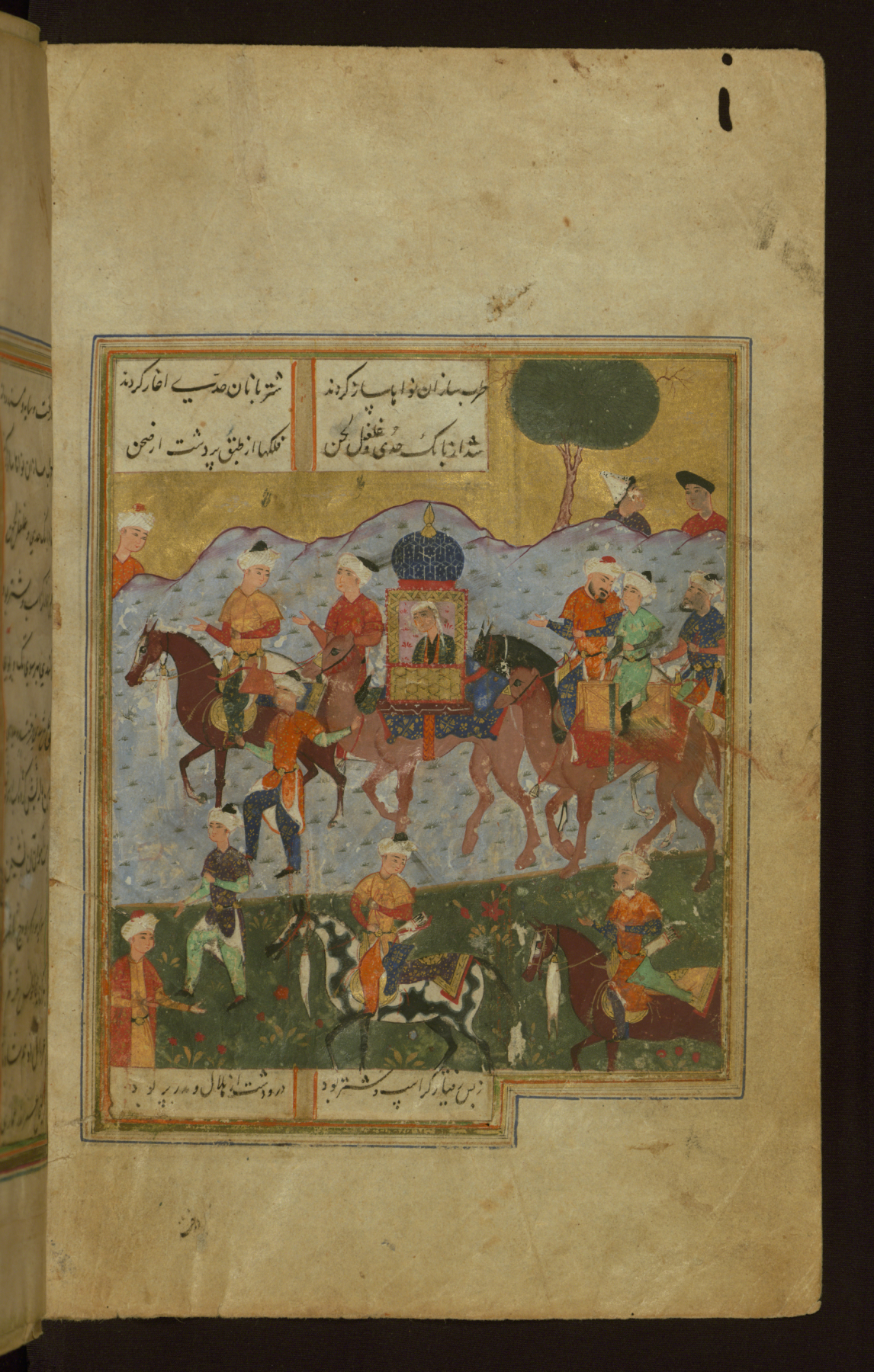 Zulaykha Traveling to the Aziz of Egypt, her Future Husband

This illustration from Walters manuscript W.644 depicts Zulaykha in a blue-domed litter on a camel led by a cameleer. The retinue is entering the capital of Egypt. 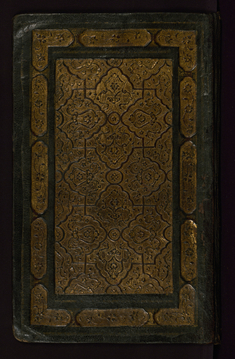