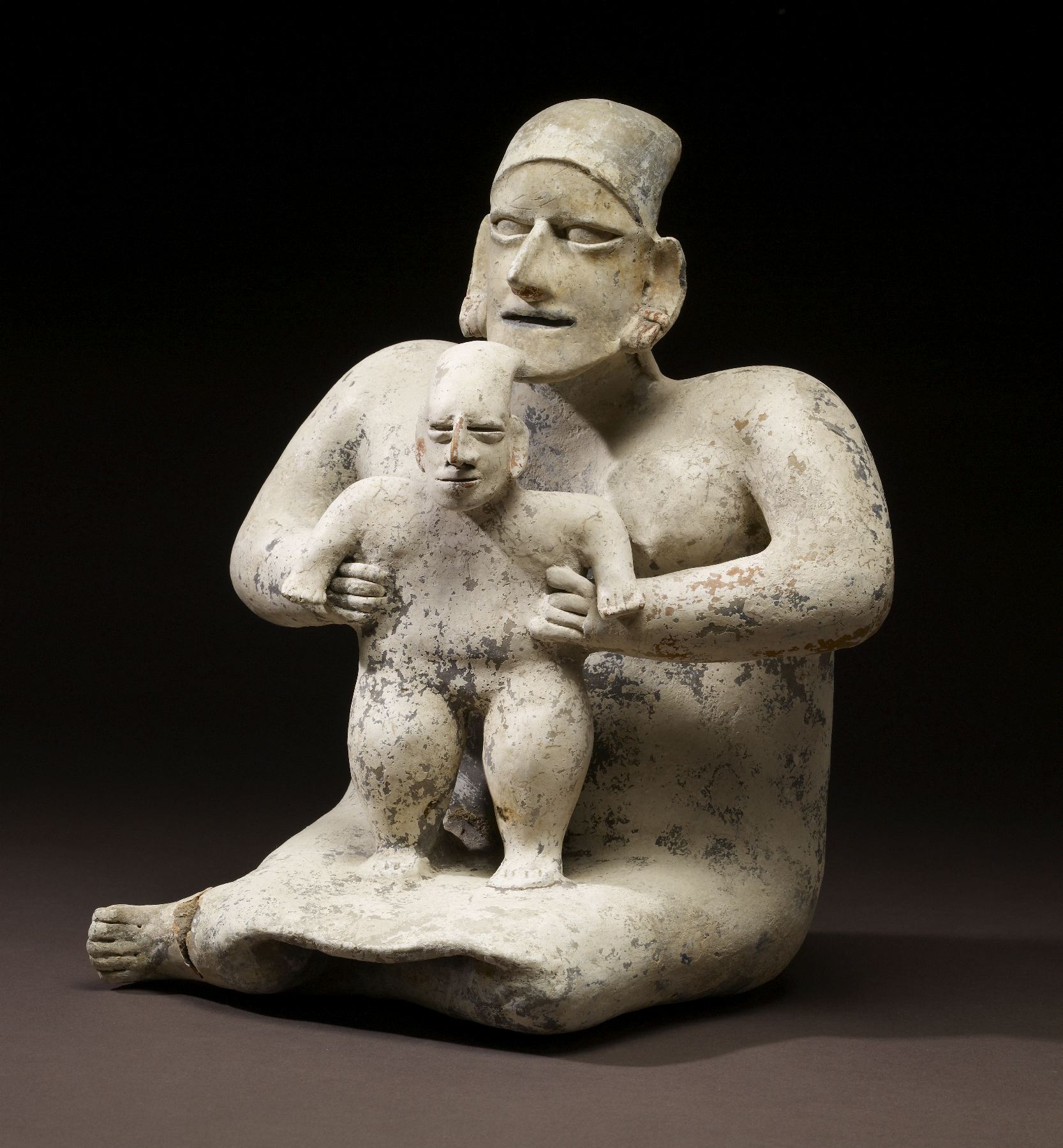 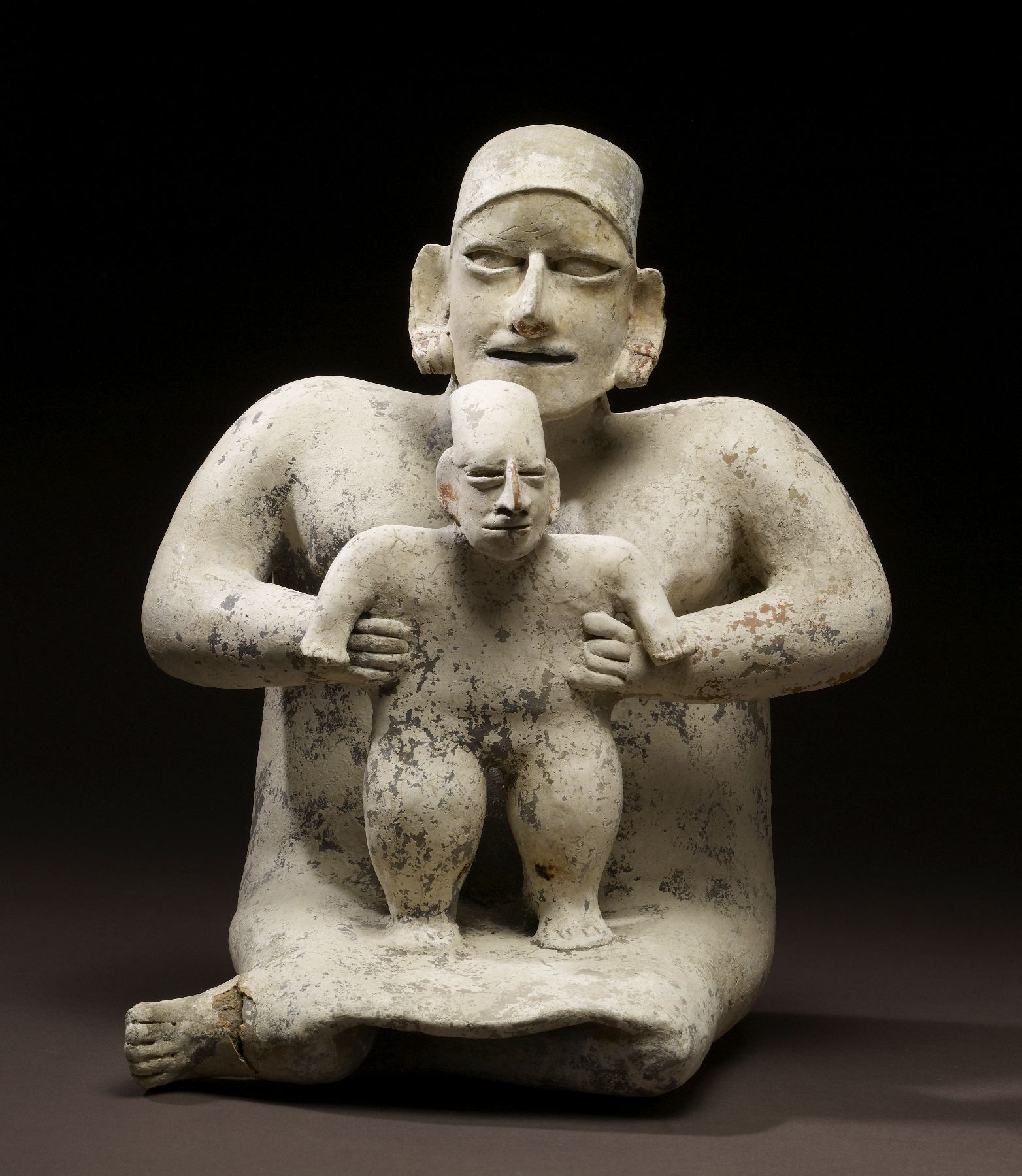 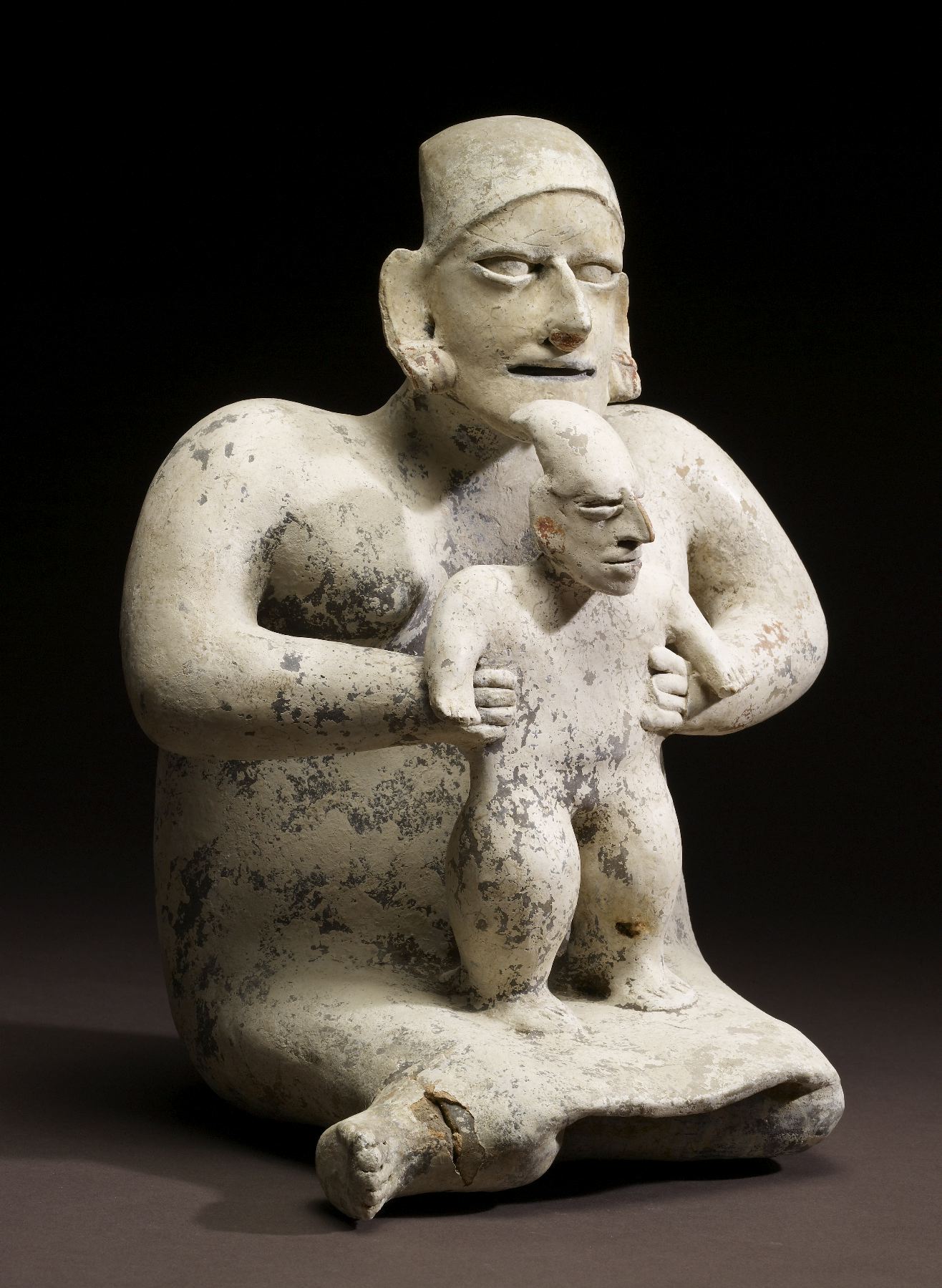 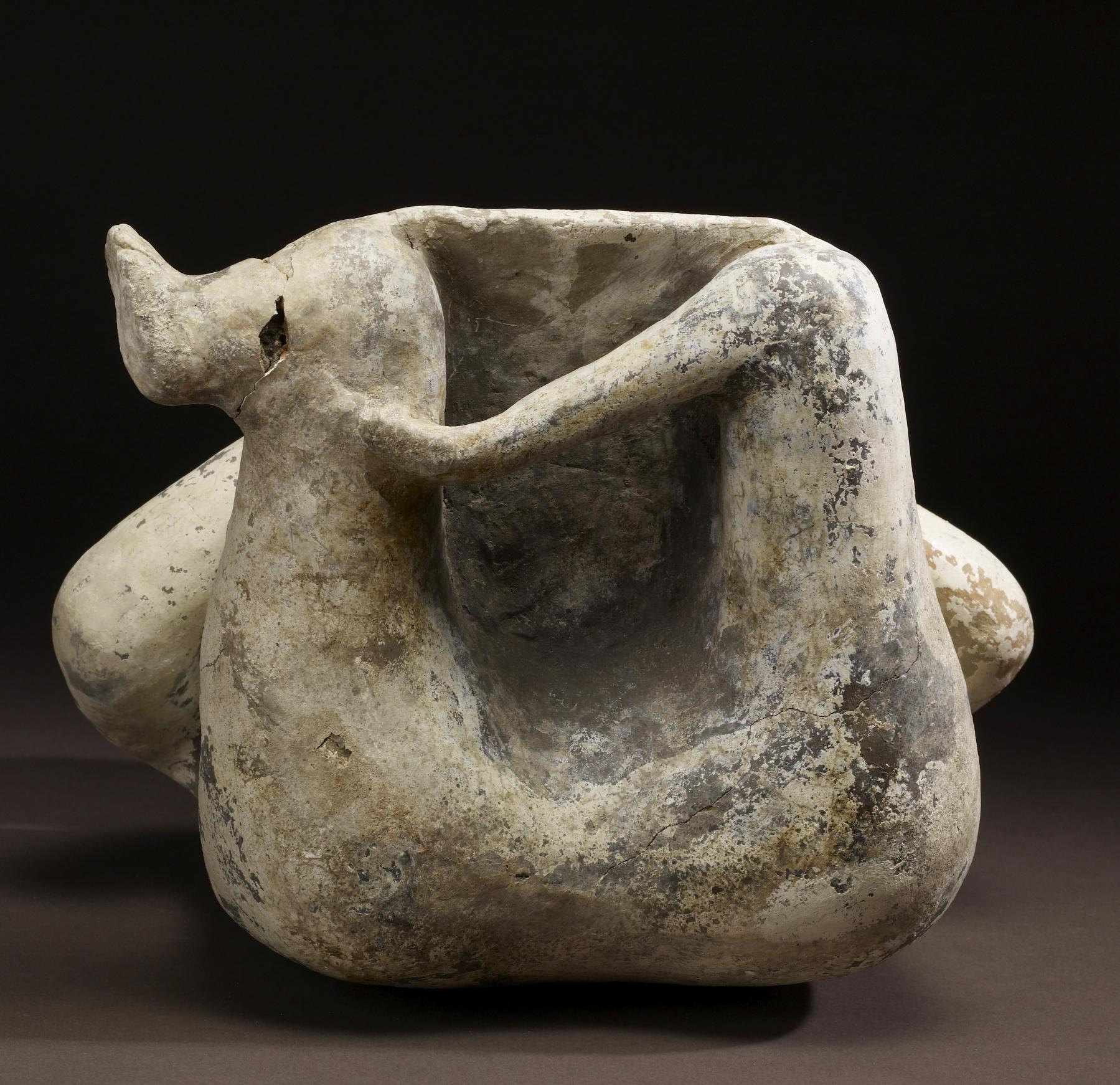 A mother proudly supports her male child who, with her help, stands securely on her lap. She sits in the proper position for women: legs folded to the side and concealed below her wrap skirt. This cream-slipped sculpture was made during the culmination of the shaft tomb tradition in West Mexico, when tombs were filled with spirited figural sculptures and decorated pottery vessels, and the bodies of the deceased were dressed in fine clothing and jewelry of shell and stone. The figures' cream-slipped surface and the restrained painting with which her dress is depicted are characteristic of an artistic substyle of the famous El Arenal Brown sculptural tradition of northern Jalisco. Jalisco's pottery sculptors created a vast array of figures portraying all manner of social and political personages. The figures are famous for the renderings of warriors brandishing shields and club-weapons and wearing helmets and armor of cotton batting. Others portray members of the ruling elite majestically standing with staff of office in hand. Shamans and healing rites were frequently depicted, as were individuals afflicted with diseases or congenital deformities. Portrayals of women were equally prominent, the majority featuring either their political or spiritual, shamanic powers or their magical ability to create life in the form of children. This sculpture is a particularly informal yet stately expression of the procreative power of women and their lifelong calling as nurturers.