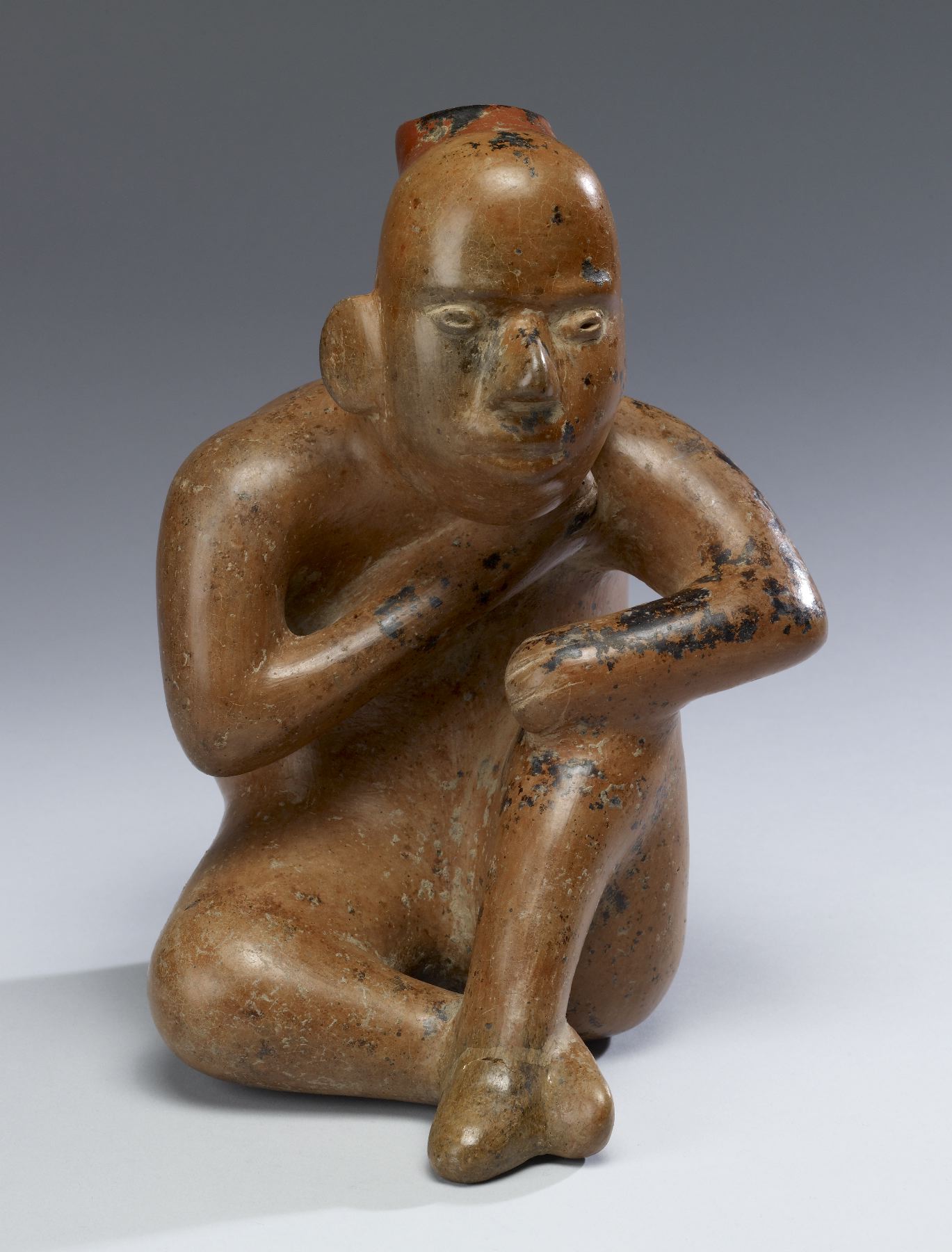 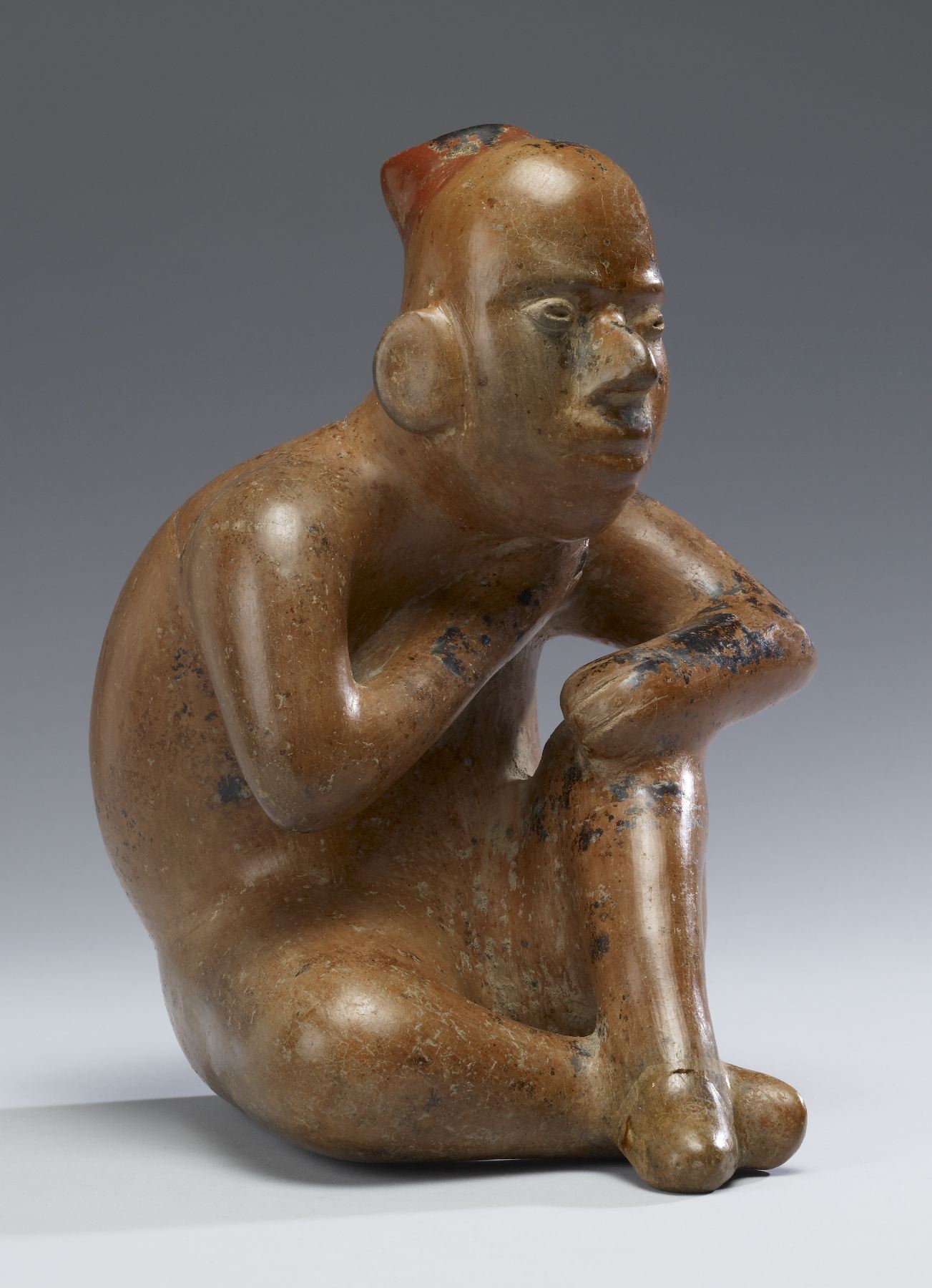 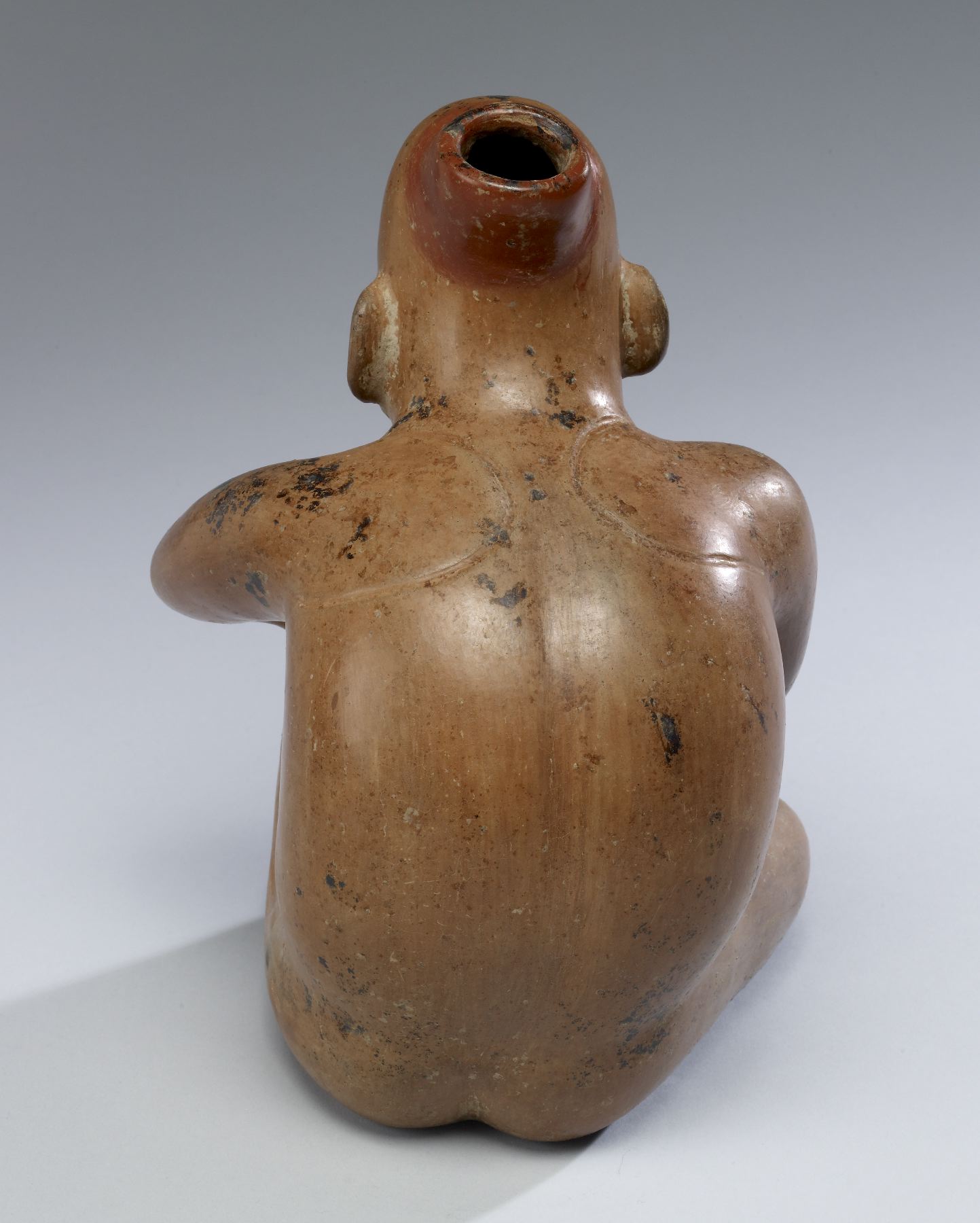 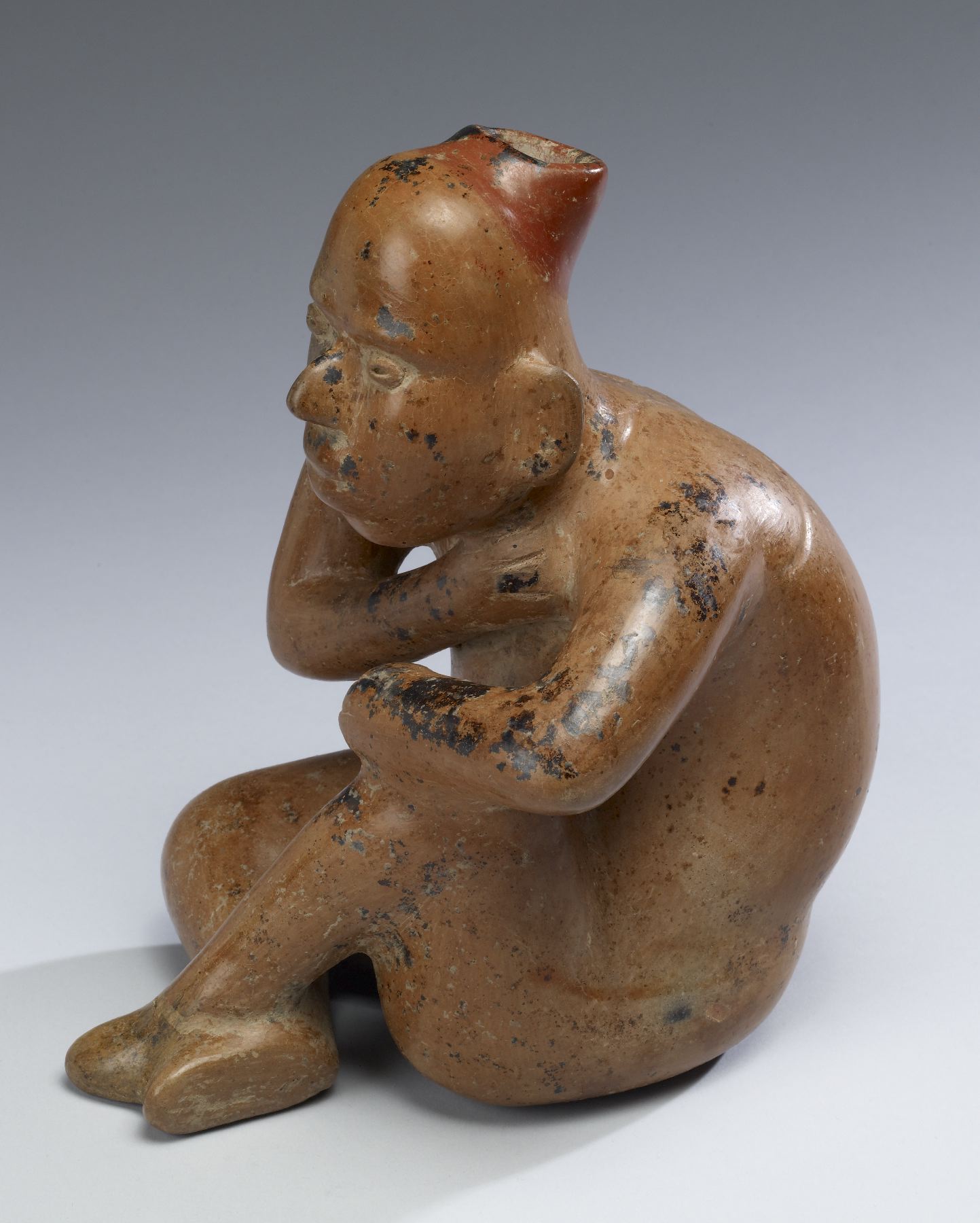 The valleys of the Río Armería and Río Coahuayana, which drain the mountains of the modern Mexican state of Colima, nurtured the development of a robust culture. Although the peoples' names and languages are lost to time, their vitality is preserved in remarkable ceramic sculptures and a pottery vessel tradition that are unique in Mesoamerica. Yet these artworks also incorporate a variety of features found among many Mexican societies, thereby indicating ancient Colima's membership in the greater Mesoamerican community. Colima's hollow figural art, characterized by its monochrome orange-red or deep red slip palette, is one of the most unified artistic statements of Mesoamerica. The surfaces were highly burnished to achieve a bright shine, interrupted only by black manganese staining resulting from a natural corrosive process. Here the sculptor draws attention away from the engaging figure by highlighting the vessel's orifice with deep red slip paint. The sculptor's mastery of the human form is seen in the adept rendering of the twist of the back as the figure leans forward on his bent knee. The acuteness of the twist, however, may also depict a skeletal defect. The figure's gesture-right hand held to the chest-is a pan-Mesoamerican sign of deference.