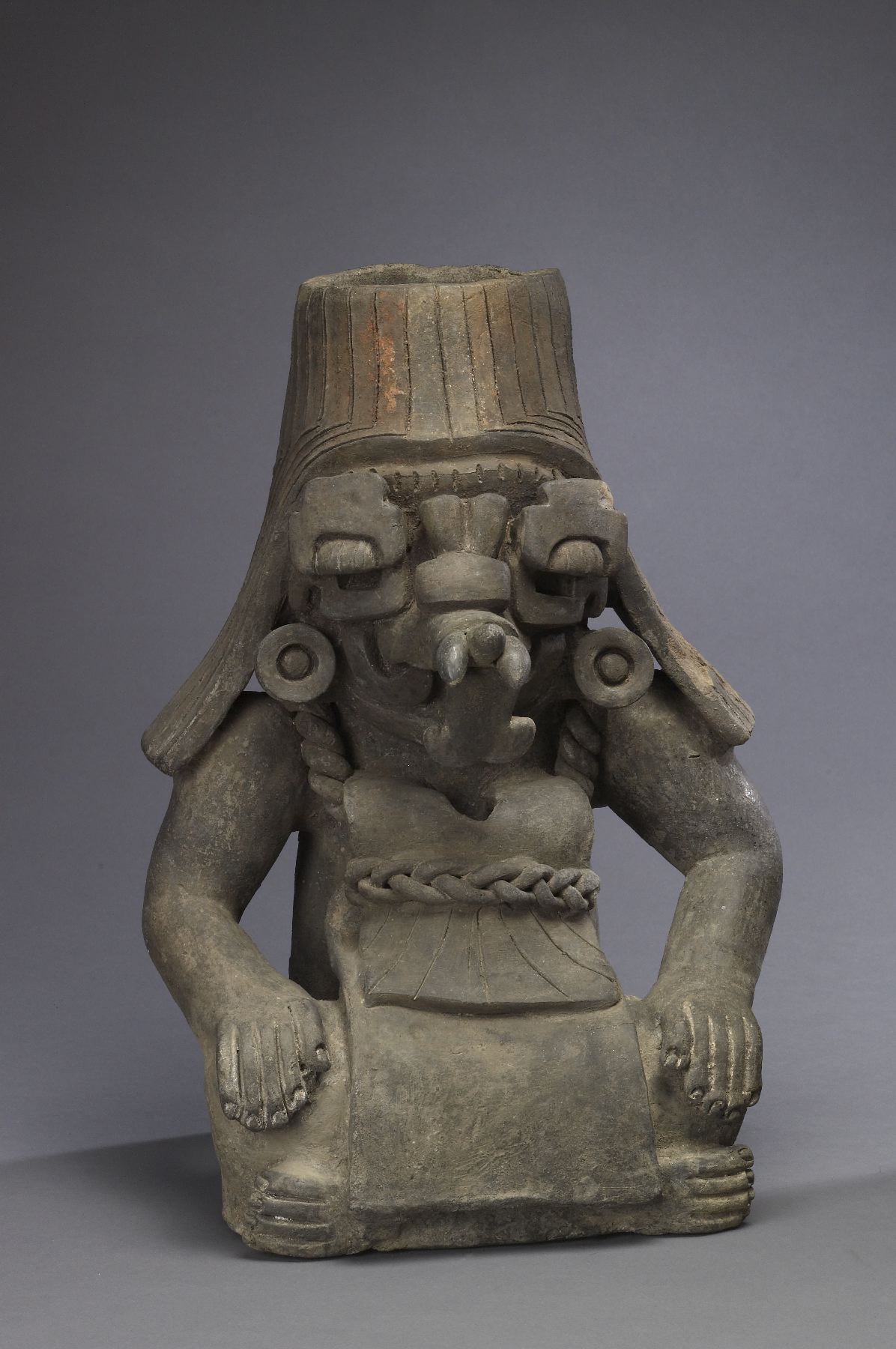 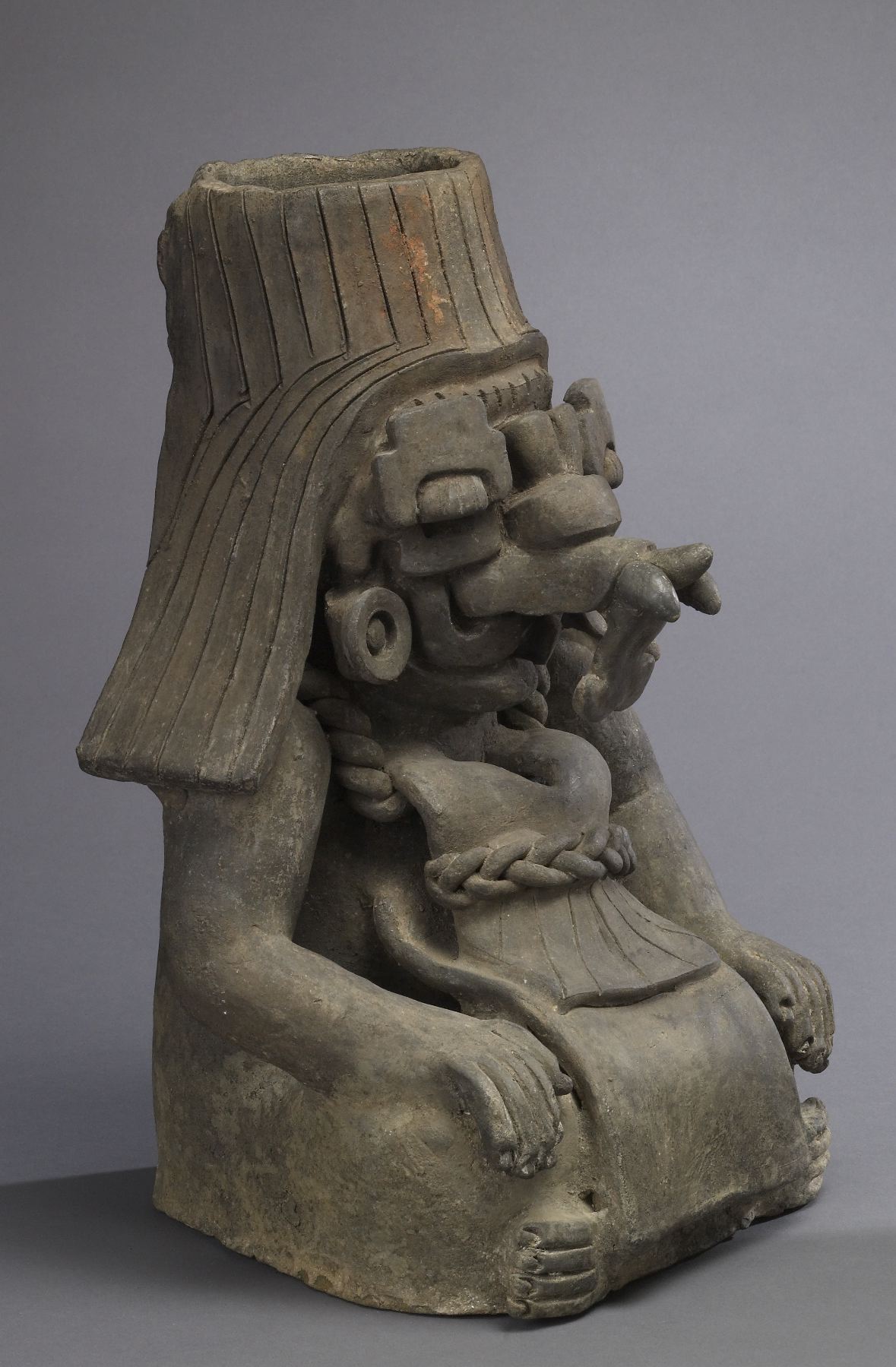 This urn likely was part of a larger grouping of similarly small figural sculptures surrounding a large one that created a ceramic narrative tableau like that of the famous royal Zapotec Tomb 104 at Monte Albán, Oaxaca. The urn portrays an impersonator of the Zapotec rain god Cociyo, here wearing a full face mask rather than the more common buccal (lower face, or mouth) mask. The figure's deeply striated hair was originally painted with what may have been an orange-hued pigment. In other renderings of these rain god impersonators, the hair is painted yellow, signifying maize silk. The same hairstyle, although unpainted, is also found on the large urn portraying the maize god (see TL.2009.20.293). This small figure wears a curious pectoral suspended by a thick twined rope around their necks. It may depict a folded piece of paper, cloth, or similarly malleable material tied with a braided band. In Zapotec tombs documented by archaeologists, small rain god urns have been found in sets of four placed around a large urn portraying the maize god/progenitor-ancestor. Such an arrangement replicates the five-fold Mesoamerican universe (the four cardinal directions plus the center), with the maize god/progenitor-ancestor as the axis mundi at the world's center, with its four sides defined by rain gods. The maize god at the center symbolizes the sacred mountain of origin from which all life emerged onto earth. The overarching narrative of these urn tableaux recounts the origin of the Zapotec people from maize and the seminal roles of the maize god Pitao Cozobi and the rain god Cociyo in Creation. 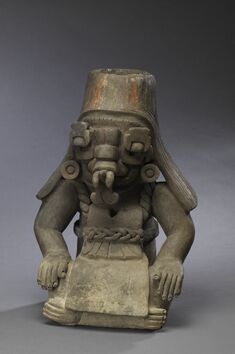