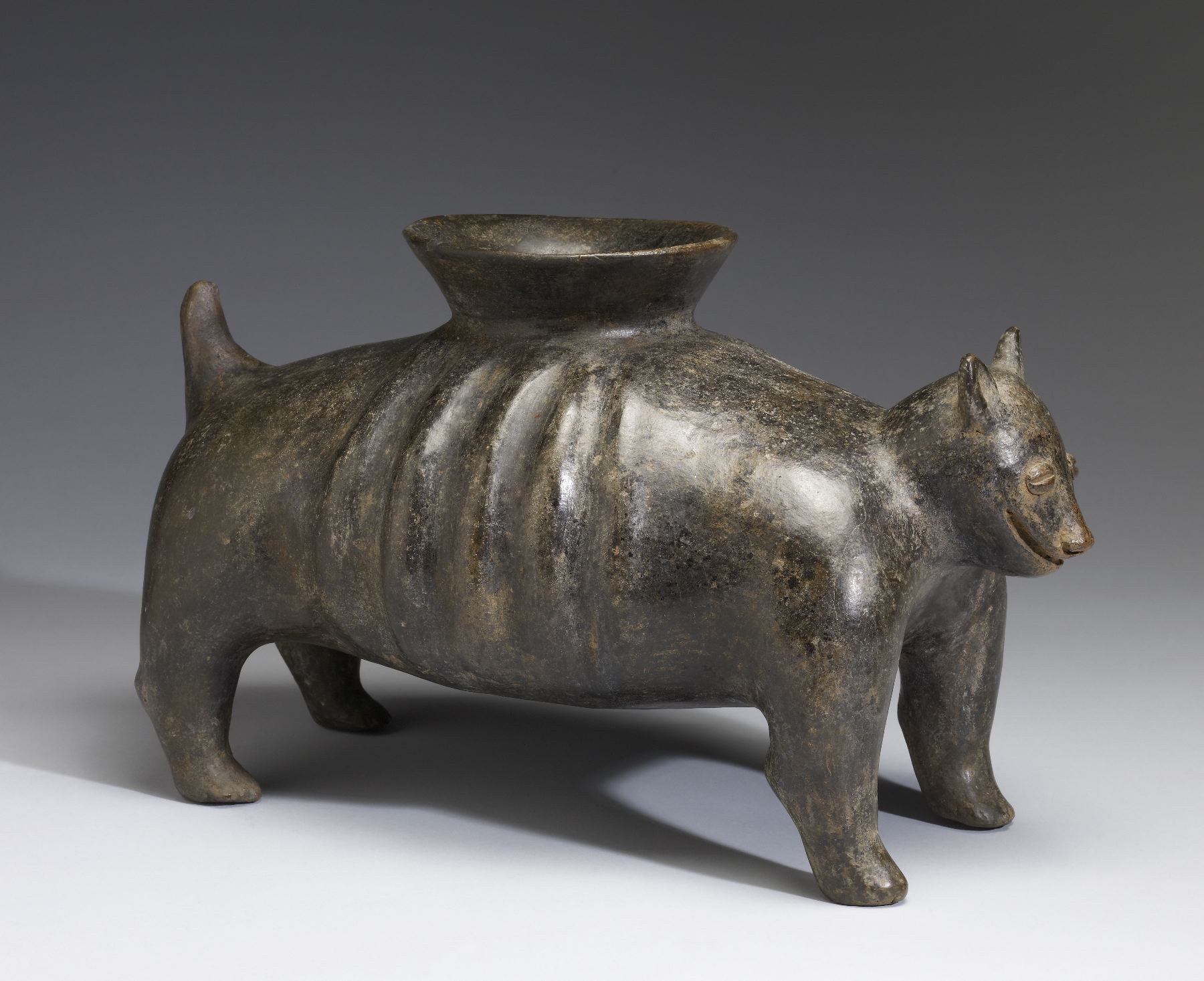 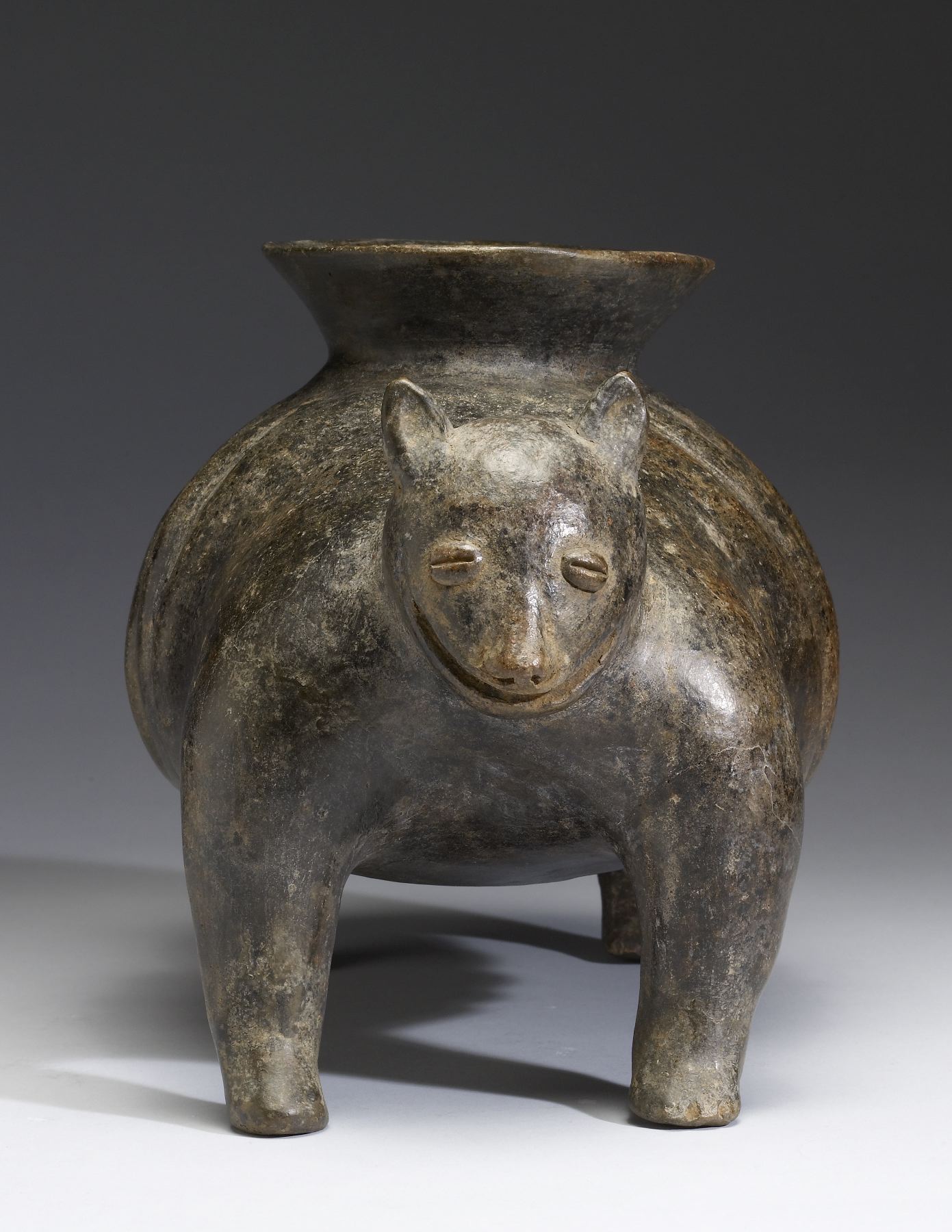 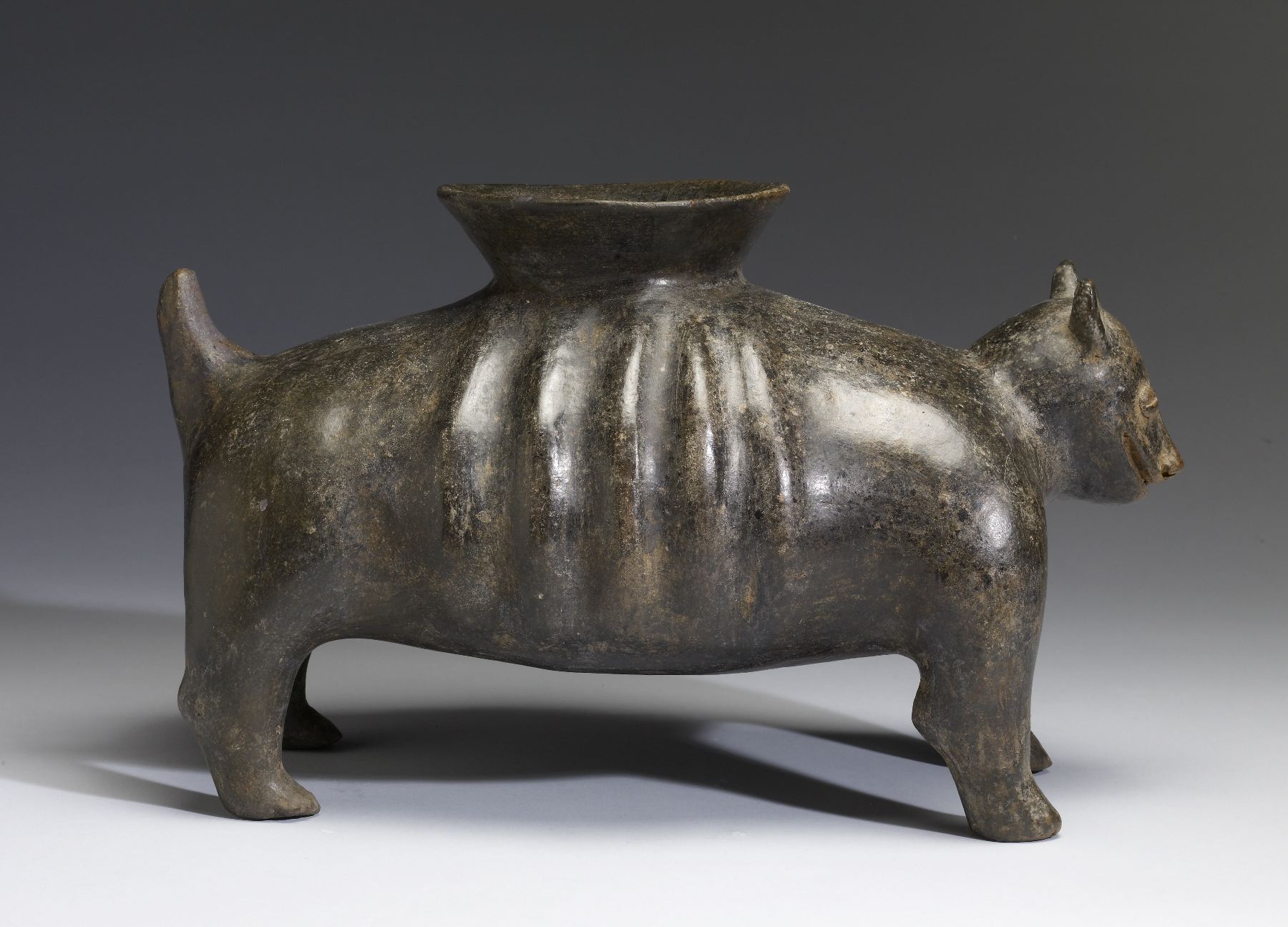 Dogs were indigenous to the ancient Americas, the Mexican Hairless being the likely model for the West Mexico effigies. Throughout Mesoamerica they served as companions, hunting partners, underworld guides, and even sources of food. Ceramic portrayals of dogs are particularly numerous in the shaft tombs of West Mexico, placed among the burials' myriad human pottery figures and dishes of food for the journey after death. Most dogs are depicted as plump and docile. As tomb offerings, these fattened versions may have symbolized food for the deceased's arduous underworld voyage. The black-slipped canine deftly combines a jar form, the most important vessel in the Mesoamerican household, with an appealing rendering of a smiling dog. In this example, the dog's ribs recall the flutes of a gourd, the ageless and most common food-service vessel throughout the ancient Americas. Considered as a whole, this vessel-sculpture's multiple references to food suggest that it too alludes to dogs as sustenance.