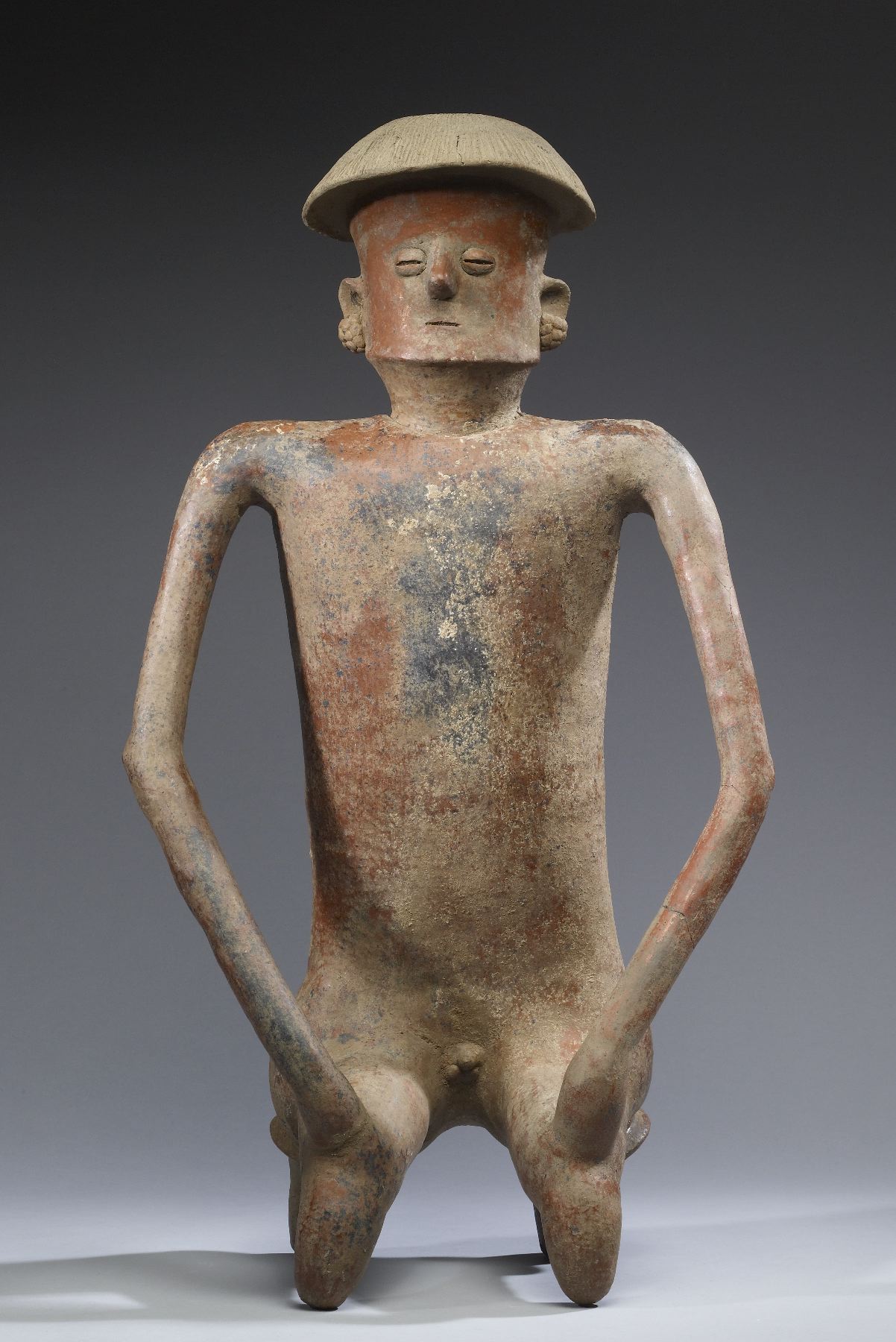 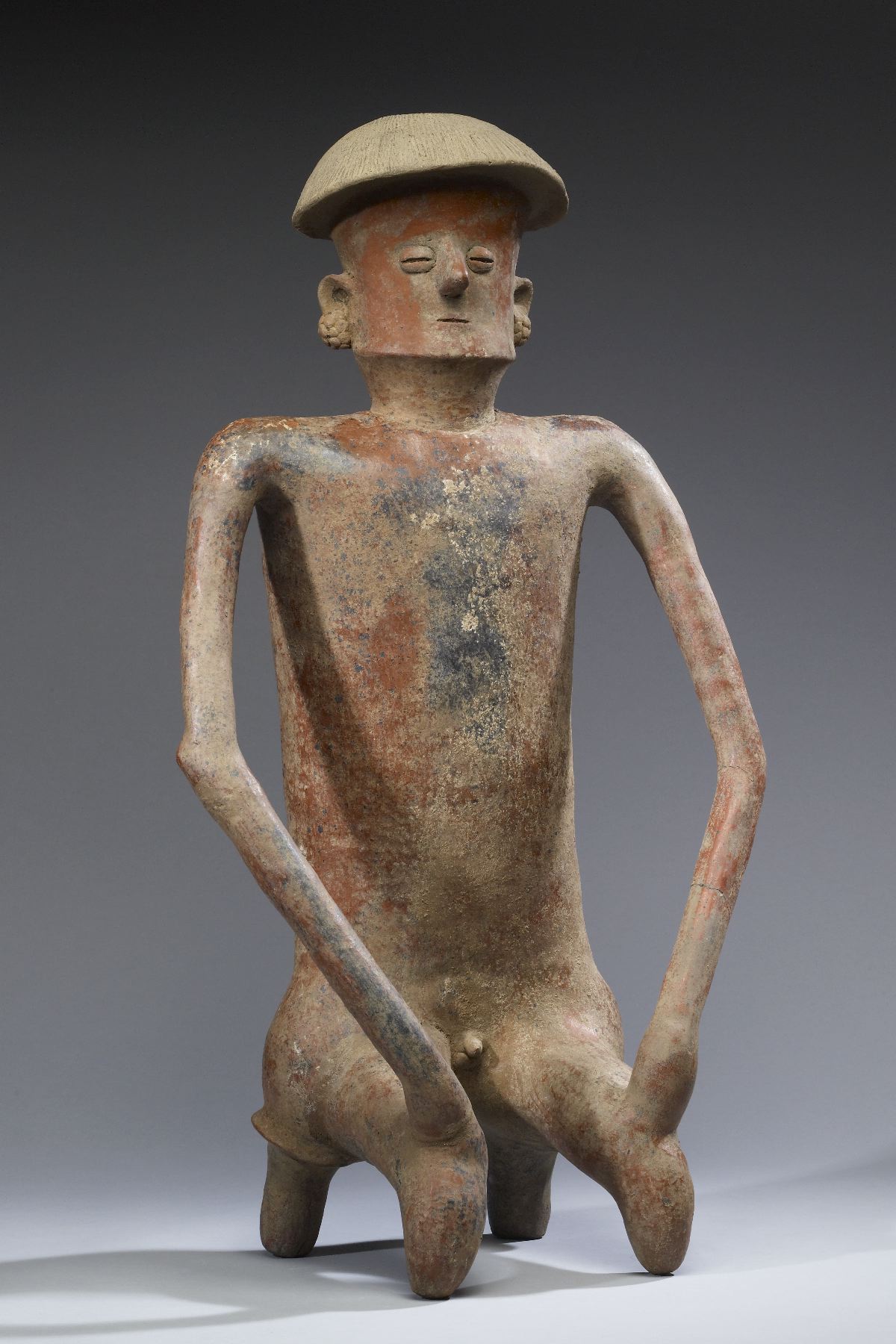 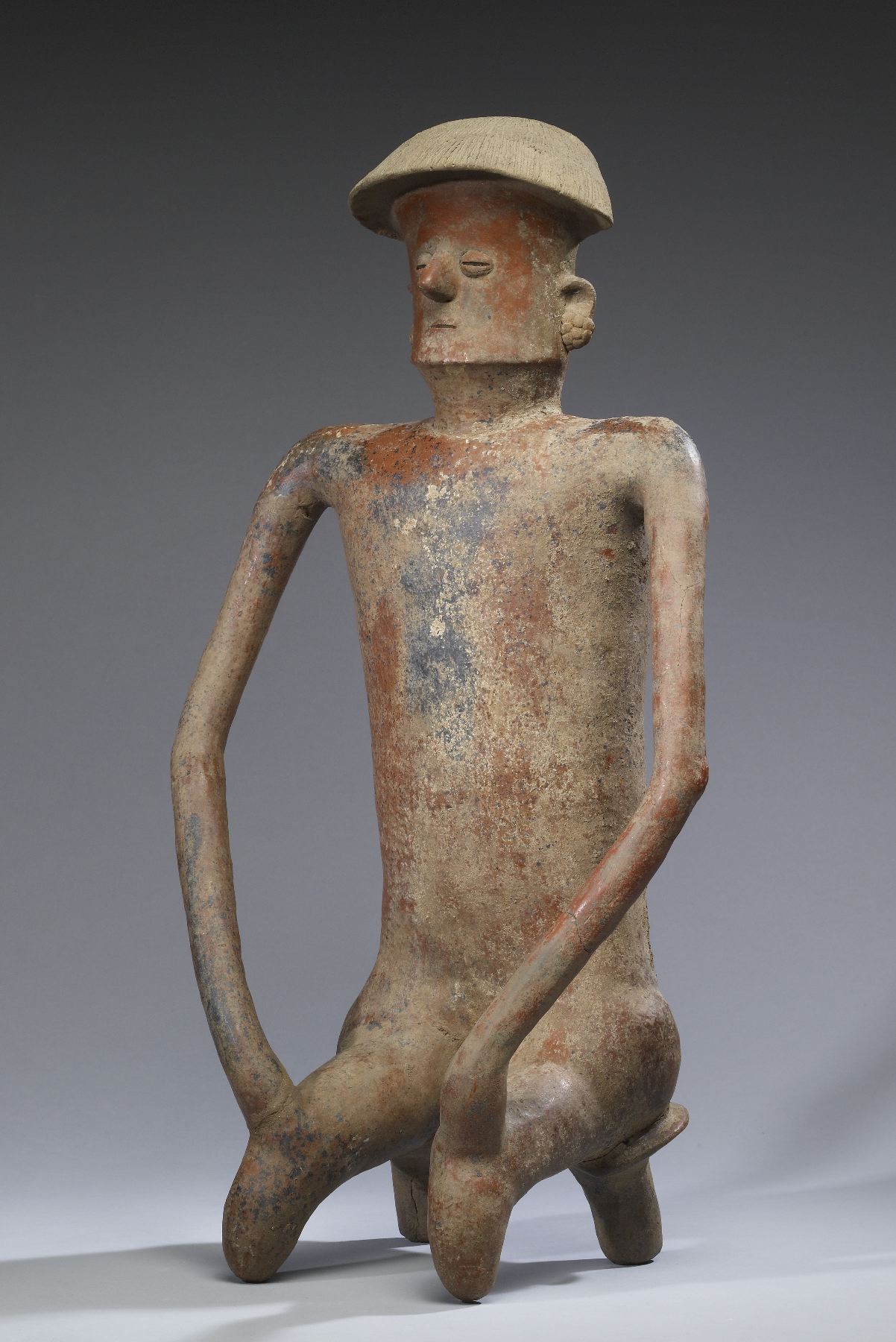 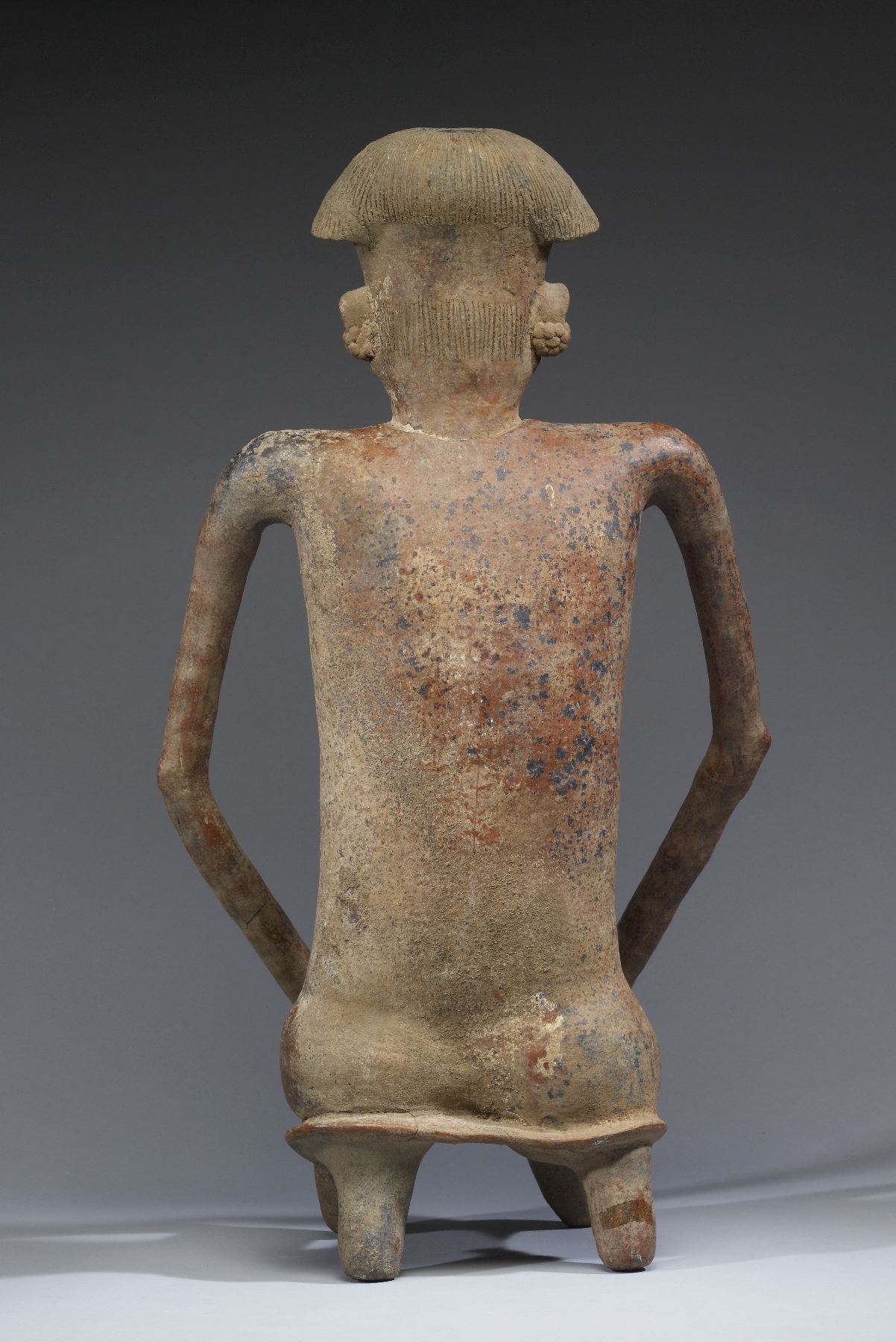 This exceptional exploration of the human form has a number of characteristics that underscore the fact that ancient artistic styles throughout West Mexico do not conform to modern political boundaries despite our use of Mexican states to name the region's ancient cultures. The facial features and figural abstraction attest to connections between the San Sebastián Red style of Jalisco and the Lagunillas pottery sculptures of adjacent Nayarit. The male figure's serene countenance and seated position on a bench-throne suggest a person of high status, his composed visage intimating that he is above the triviality of daily routine. On the other hand, his formal demeanor -arms held away from the body and hands resting securely on the knees- evokes a ritual pose like those of shamanic practices. The lack of any articulation of dress-other than the earrings, composed of a cluster of rounded forms-and the figure's self-possessed expression point to the interpretation of the work as an idealized portrayal of a shaman in trance.