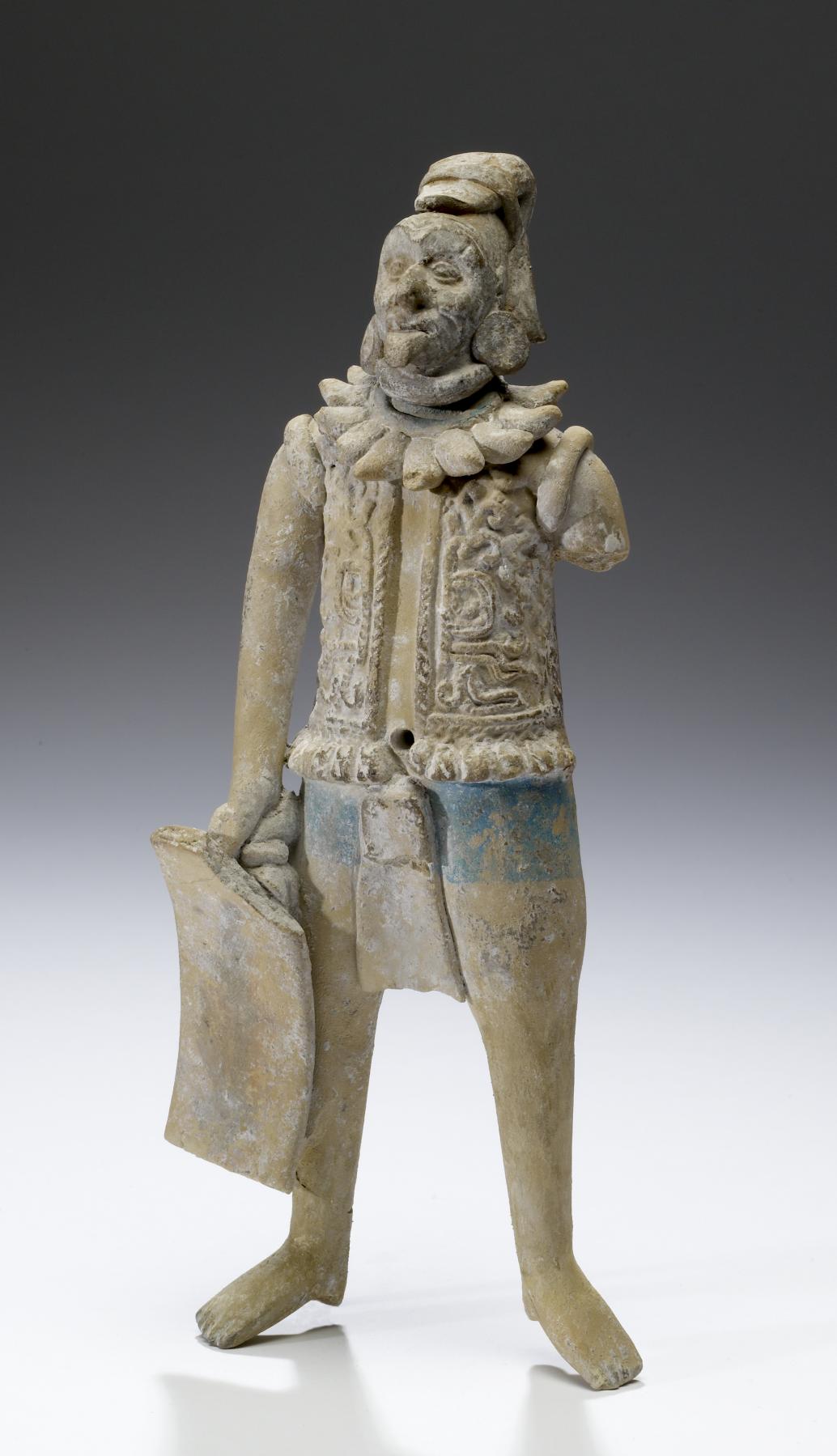 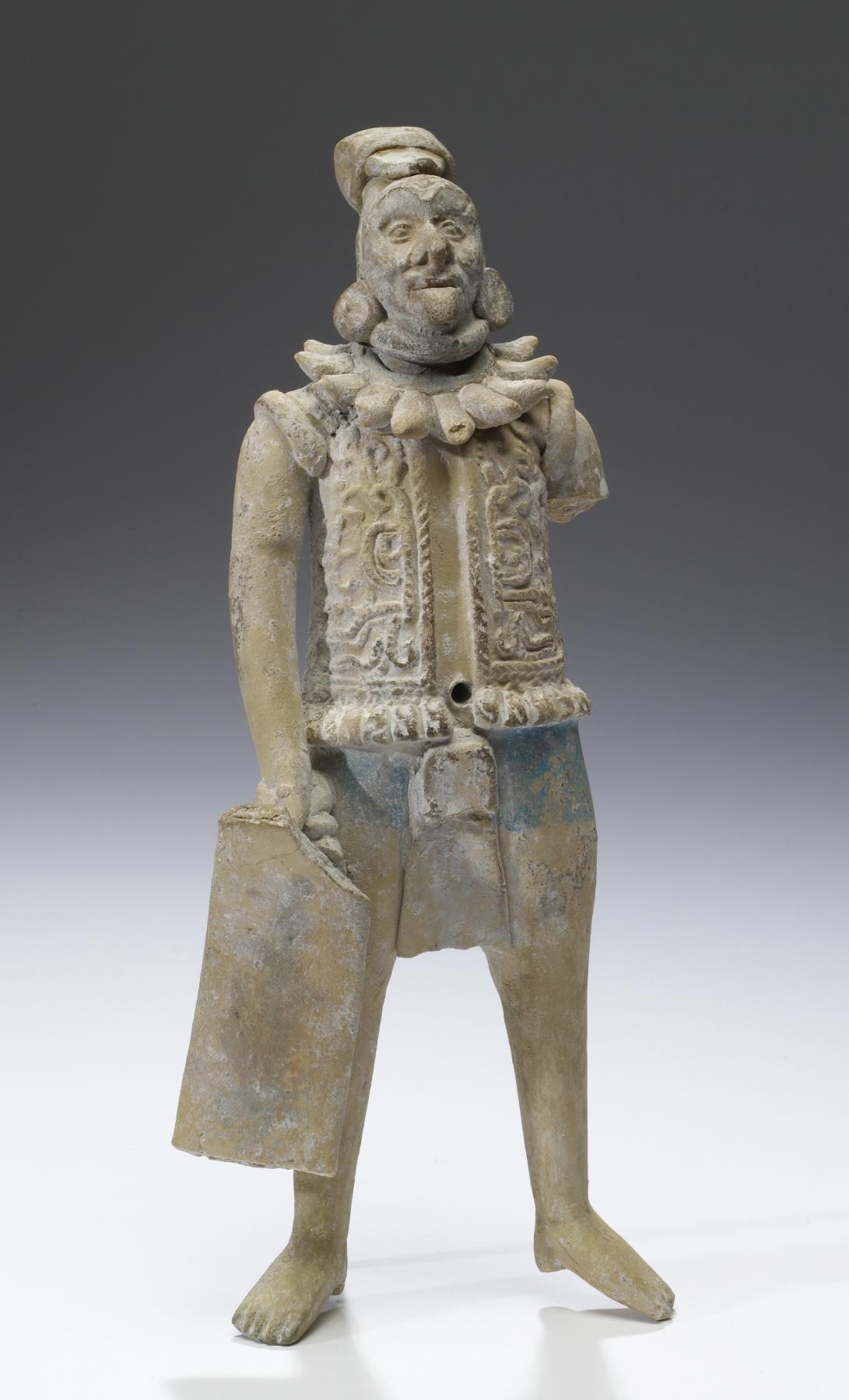 Among the most renowned of the myriad figurine traditions of Mesoamerica is that of Jaina Island, a residential and funerary settlement adjacent to the coast of west-central Campeche. Jaina Island's extensive burial grounds have been known since the nineteenth century, but only in the 1940s were they first scientifically excavated. Archaeologists found figurines in the arms of the deceased who had been dressed in their finest clothes and wrapped in cotton burial shrouds and palm-fiber mats. The renowned Mexico archaeologist Román Piña Chan, the director of excavations at Jaina, has speculated that the figurines served to ensure the deceased's lifeways and social position in the afterlife. This figurine is notable because it portrays an elderly warrior rather than the robust young combatant so typical of Classic Maya figurines. His identity is confirmed by the flexible, rectangular shield held in his right hand and the quilted armor tunic, both being requisite garb for Maya warriors. He likely represents a captured warrior, defiant yet stately in demeanor, his defeat indicated by the thick rope binding his neck and upper arms. The form of the head suggests that the figure originally was adorned with a removable headdress which has been lost.