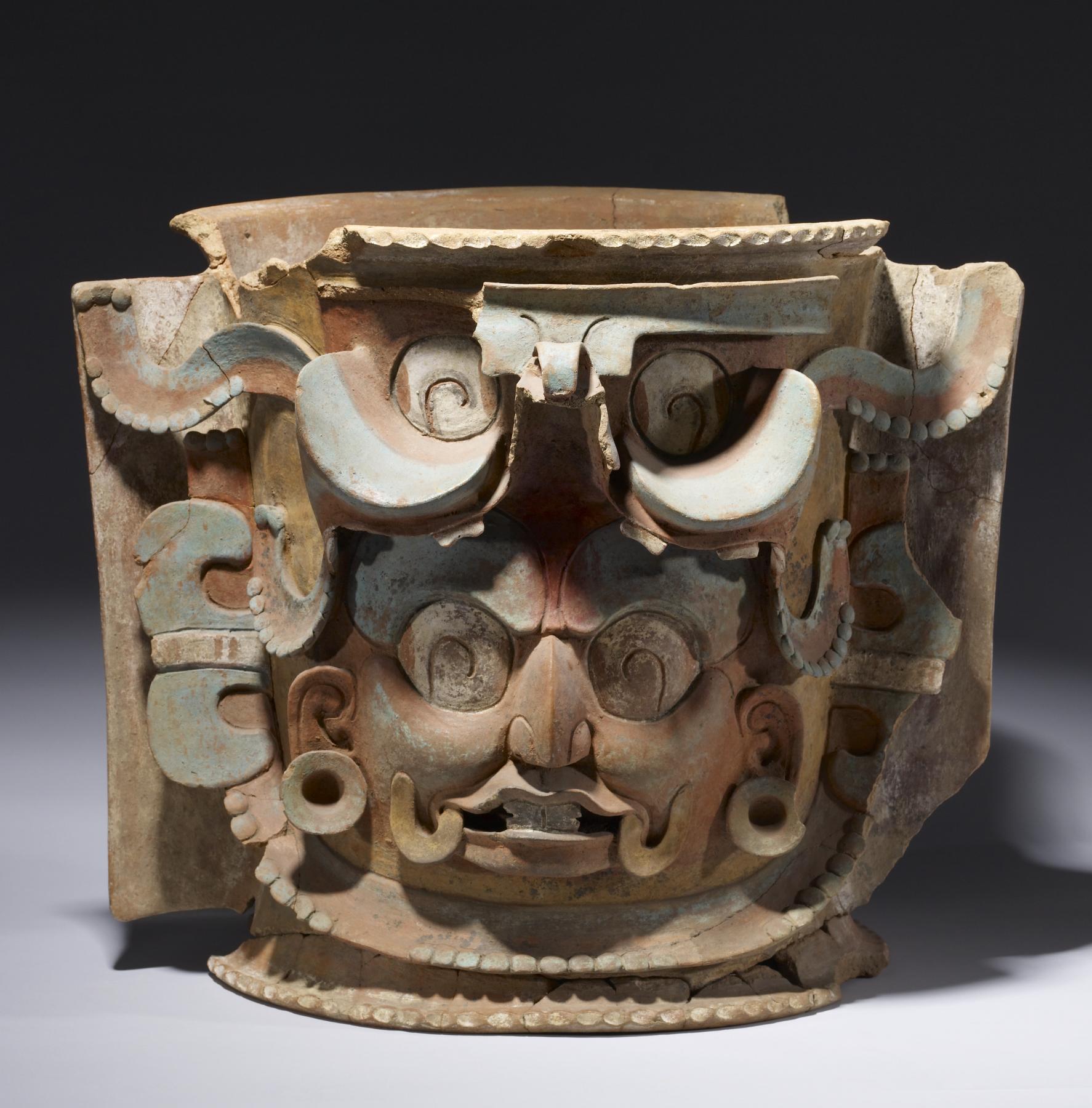 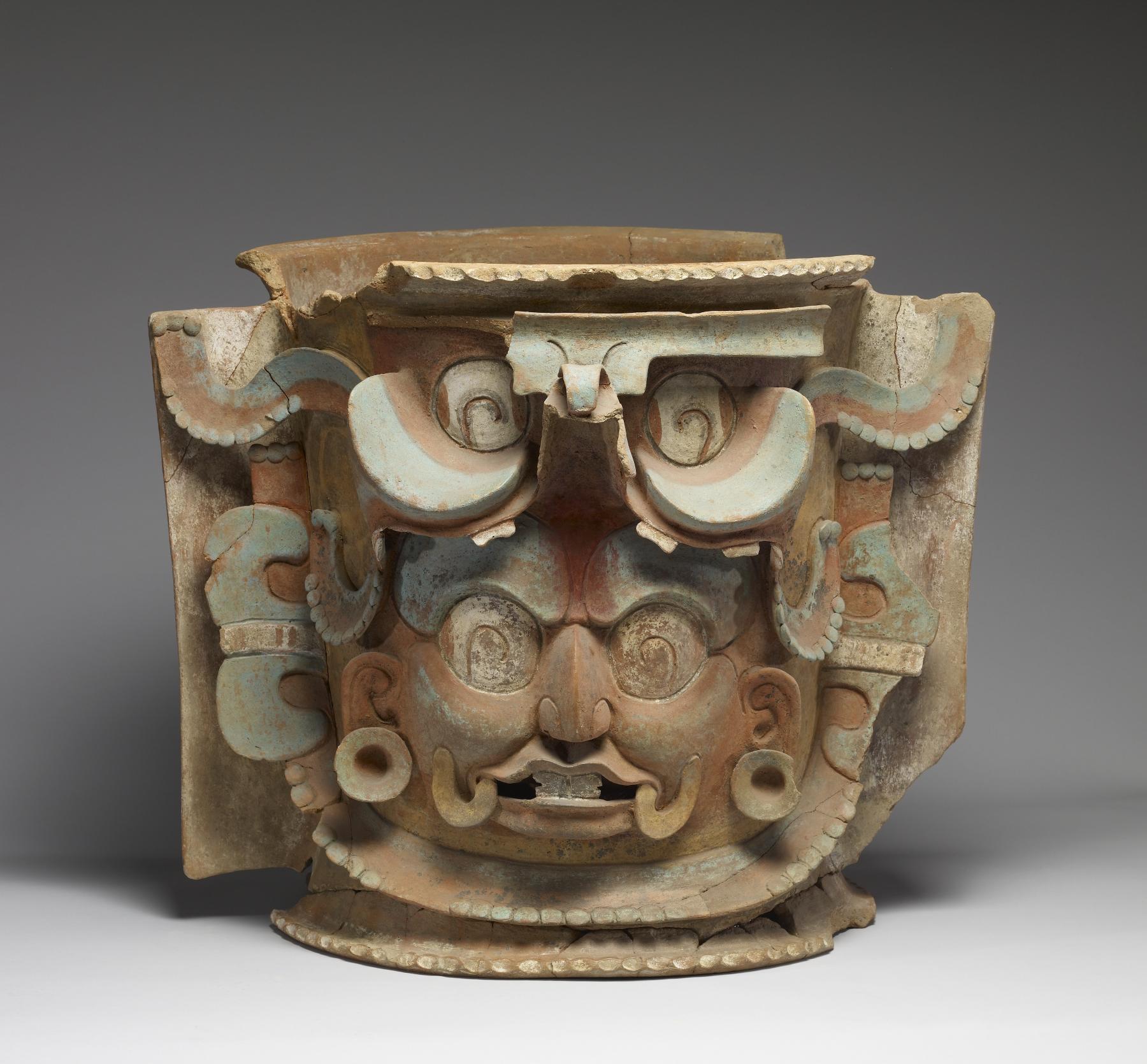 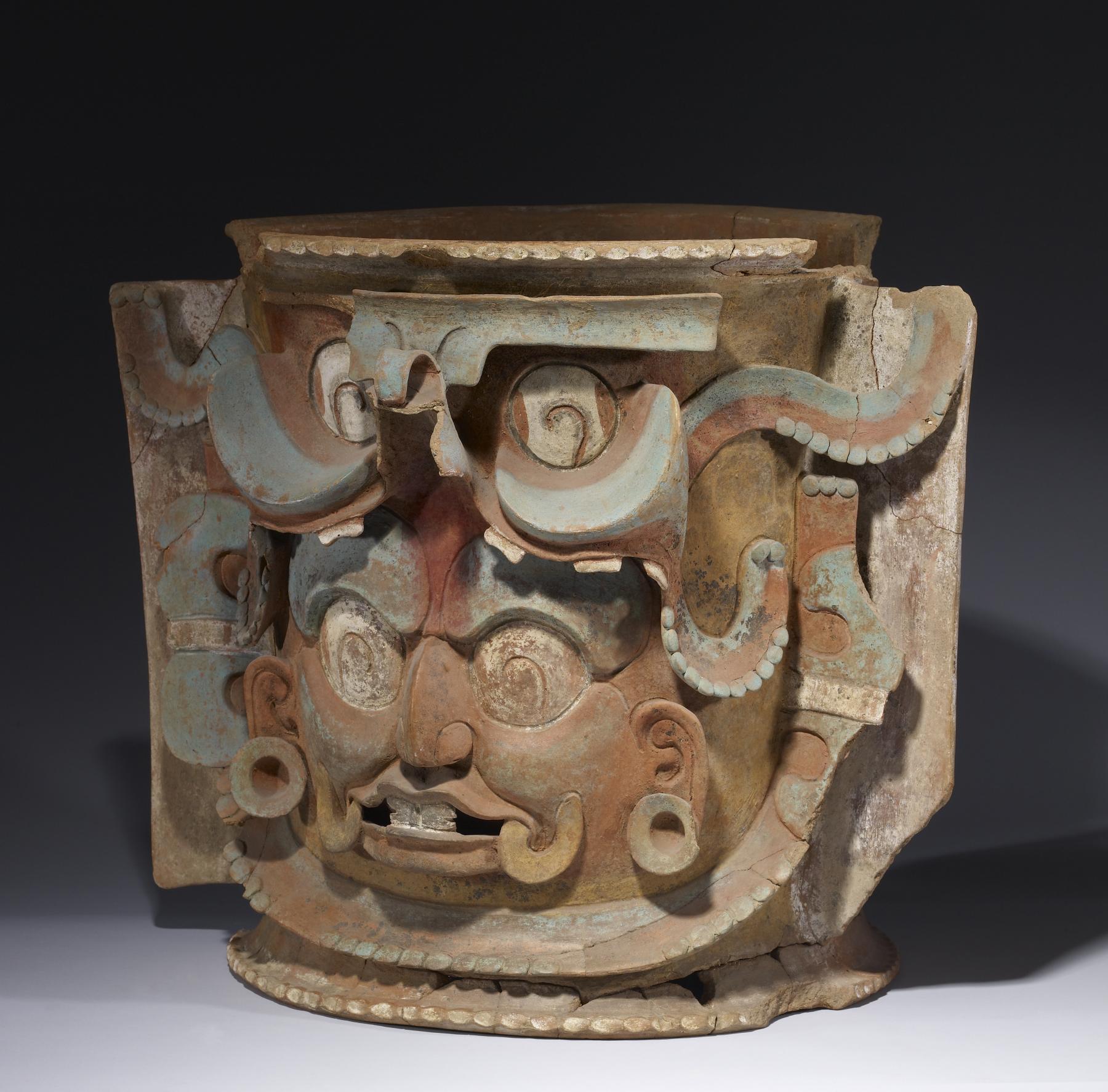 Large, lidded urns were unique to the K'iché Maya of southern Guatemala. The urns contained the remains of important individuals who either were placed in the urn as a tightly wrapped bundle or as a secondary burial of the remaining bones. A few have reportedly been found buried in the pyramidal platforms of ritual buildings, but the majority come from sacred caves where descendants would make pilgrimages to give offerings and seek advice from their revered ancestors. The front of this urn is adorned with the image of what is likely an ancestor who, at death, was transformed into a spirit embodiment of a deity. This deity/ancestor combines features of K'inich Ajaw (the sun god) and GI, a patron god at Palenque, Mexico. He emerges from the open maw of the xoc (shark) saurian, which symbolizes the watery underworld, the deified personage ready to interact with his prayerful descendants. The special connection with the supernatural, and particularly with such deities as the maize god and K'inich Ajaw, was the ideological foundation of royal authority figures among the Maya, a Mesoamerican trait with its origins in the Formative Period among the Olmecs.