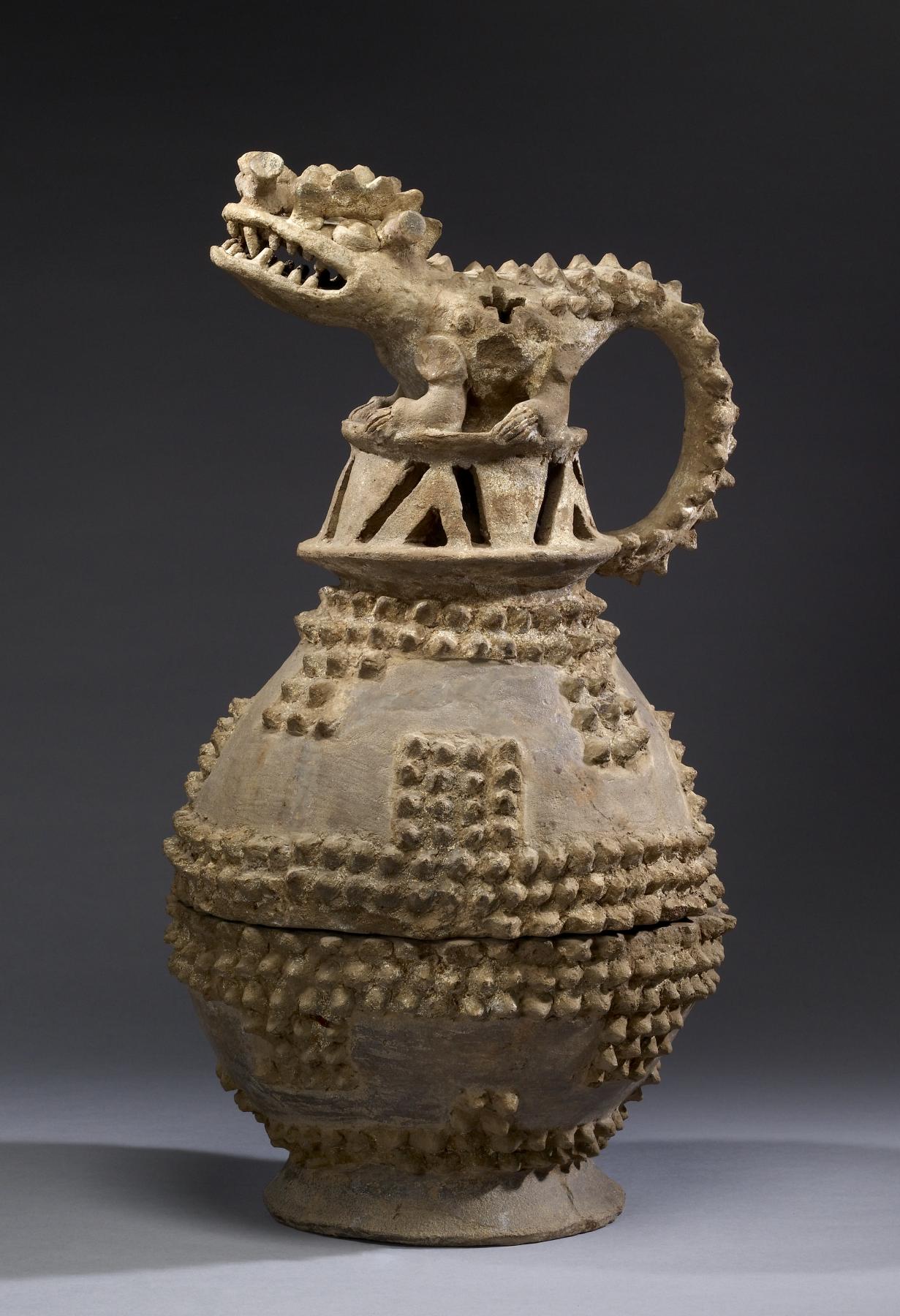 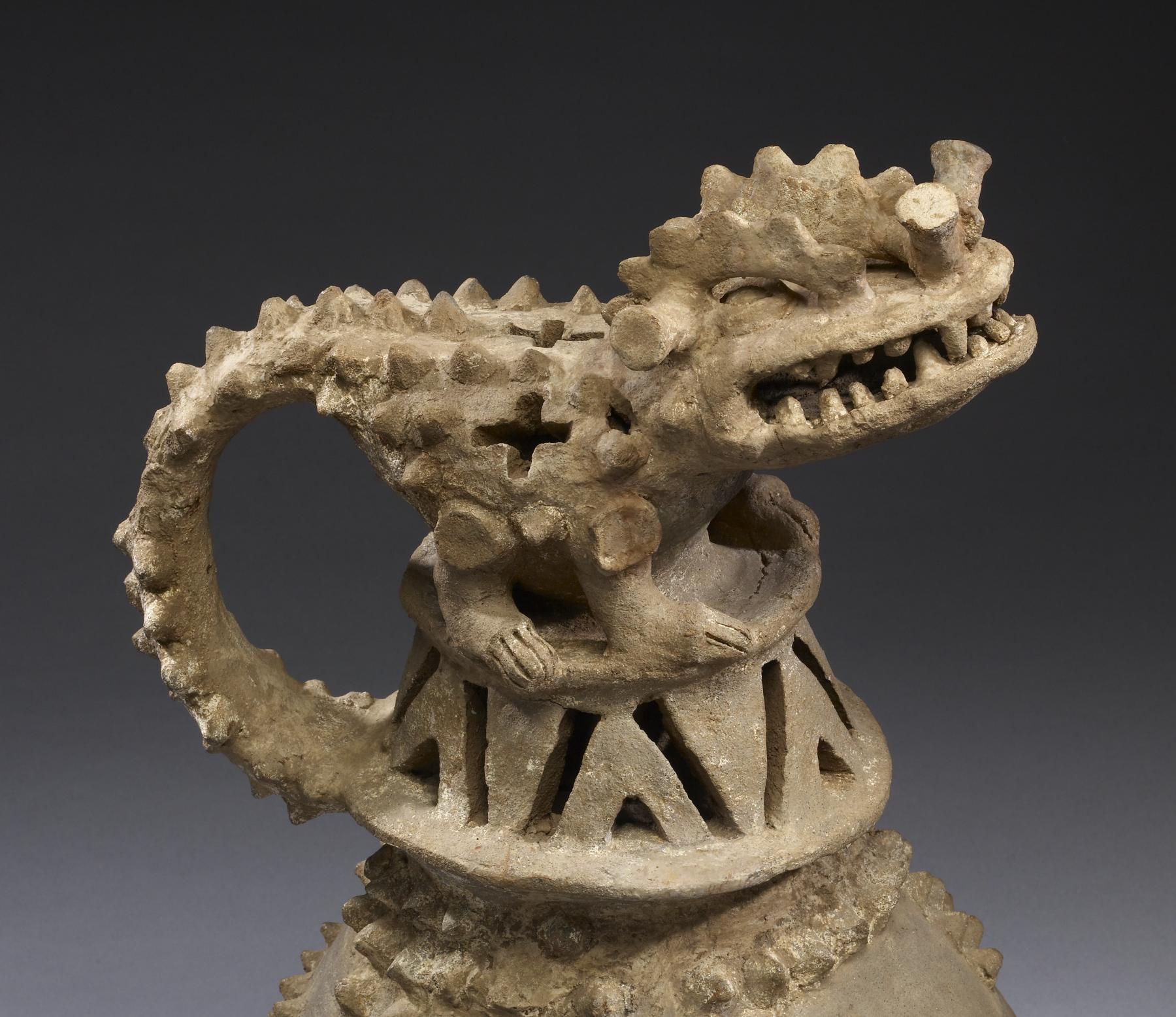 The burning of incense was an important part of myriad rituals throughout Mesoamerica and Central America. Smoke served to alternatively screen and reveal the activities of the sacred rite, the magical smoke being present and suddenly disappearing as it rises to the heavens. The incense, typically pungent copal from a pine tree, stimulated the participants' olfactory sense. Together, the smoke's effects call to mind the ethereal world of the supernatural. This incense burner is topped with the portrayal of a caiman or other member of the Crocodylidae family, one of the frequent animal spirit forms of Central American shamans. Its particularly aggressive stance may refer to the practitioner's battle against supernatural forces. Many such incense burners were found ritually broken on the slopes of a principal volcano on the island of Ometepe in Lake Nicaragua, the incense burner lid with its smoke issuing from the top mimicking an active volcano. Among peoples from southern Nicaragua to Mesoamerica the earth was likened to the back of a crocodile floating in the primordial sea, its dorsal scutes being the volcanic north-south backbone that defines the continents of the Western Hemisphere. This incense burner, then, constitutes a profound ritual vessel pertaining to the transition from the natural to the supernatural realms and a symbolic model of the ancient Costa Rican world.