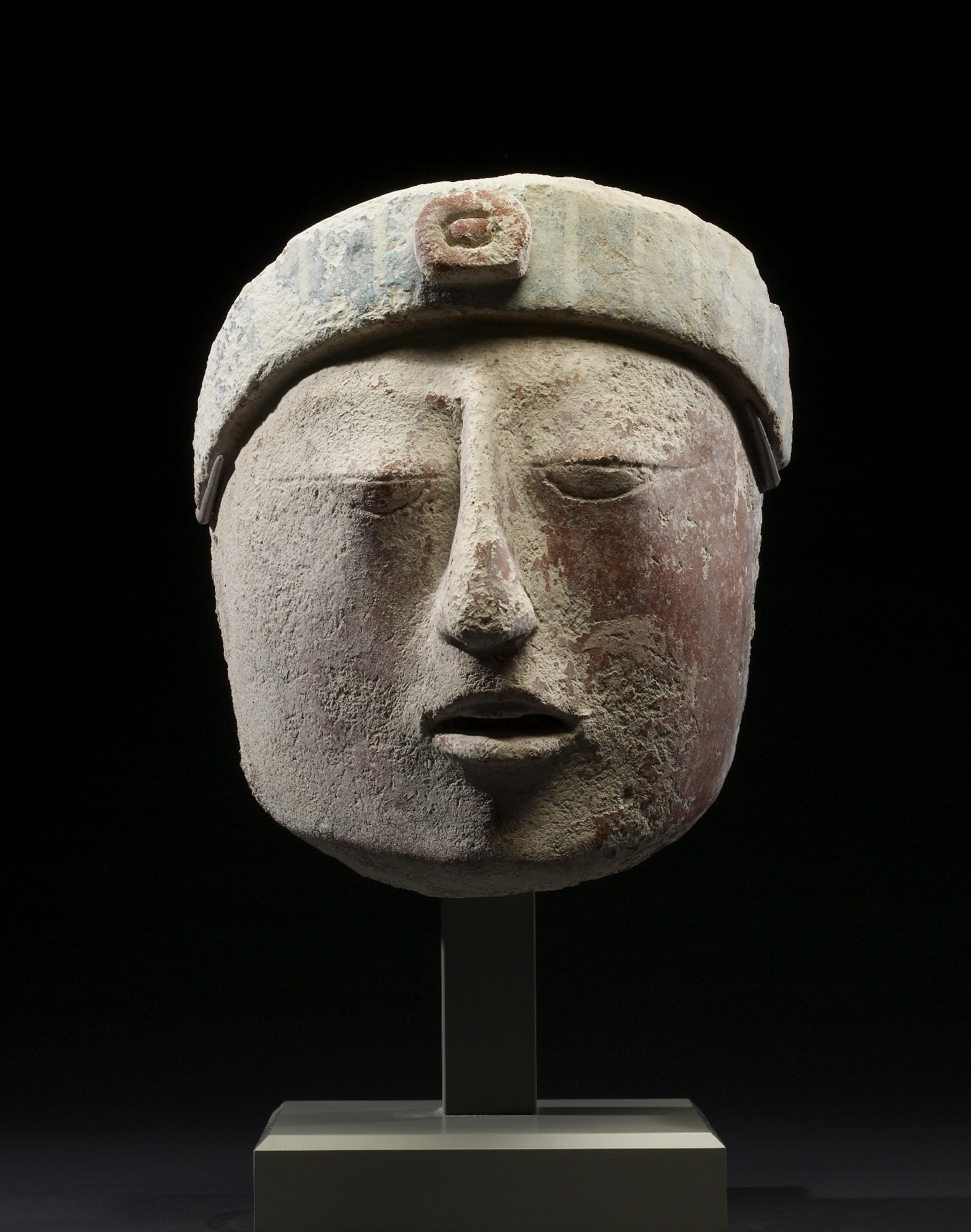 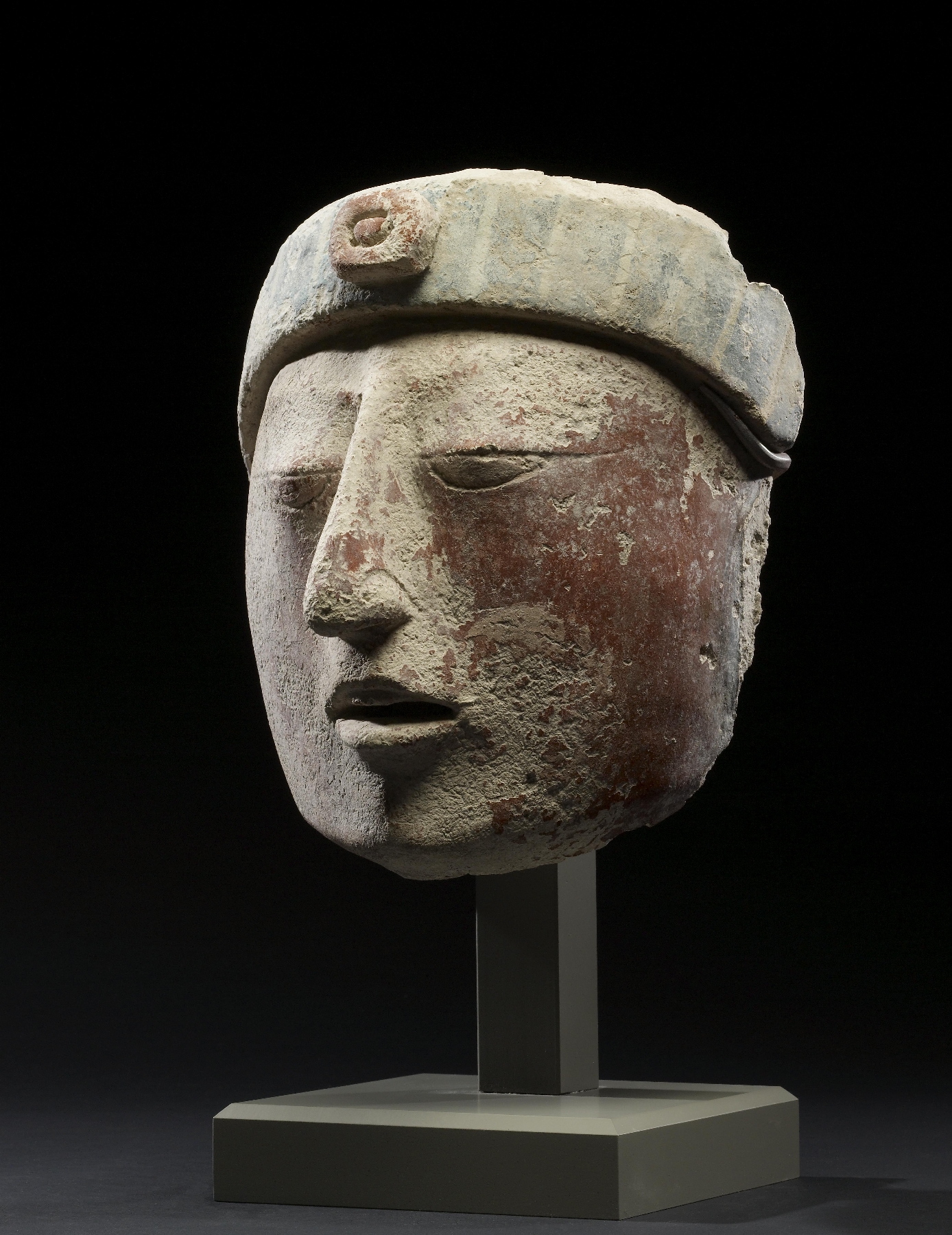 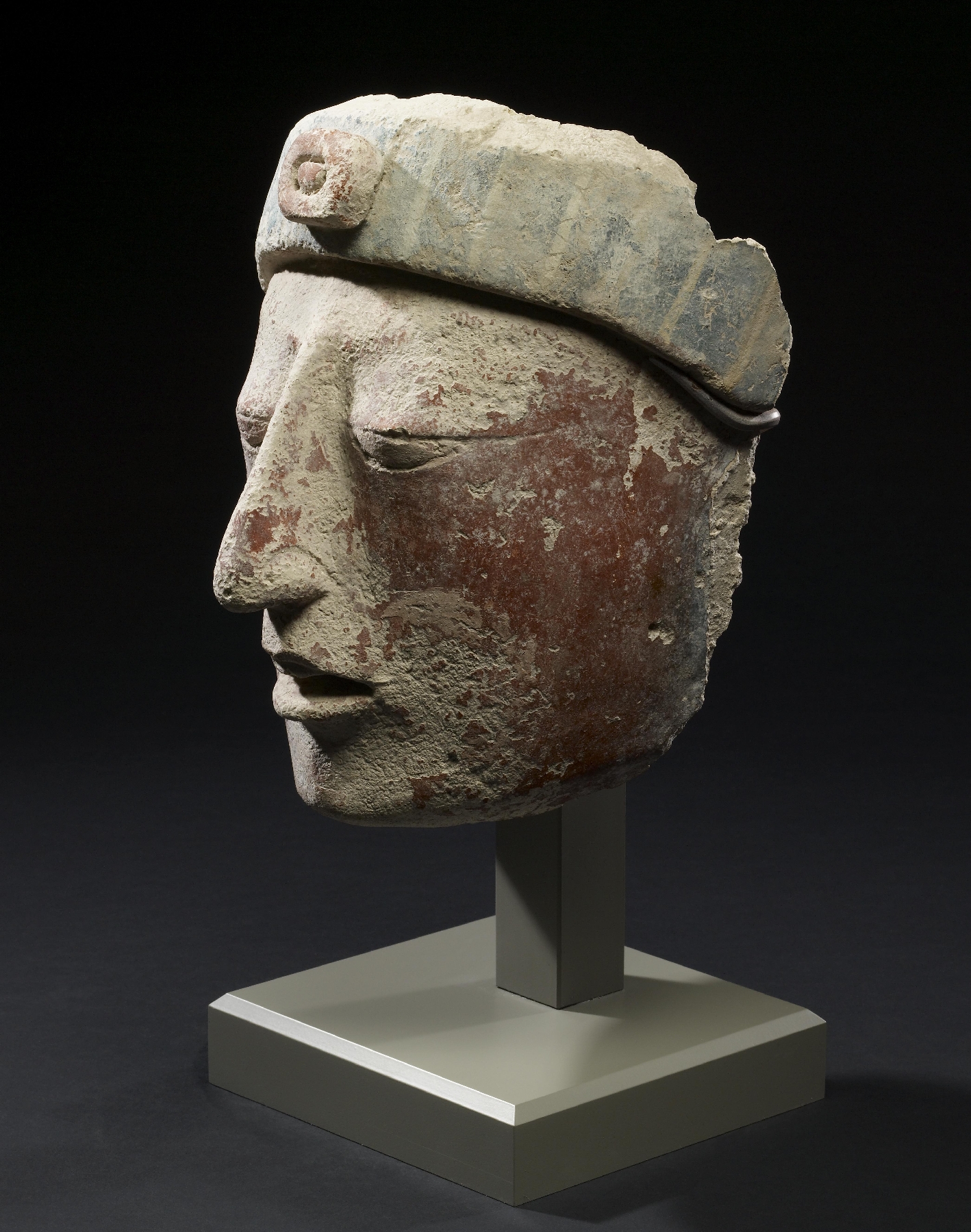 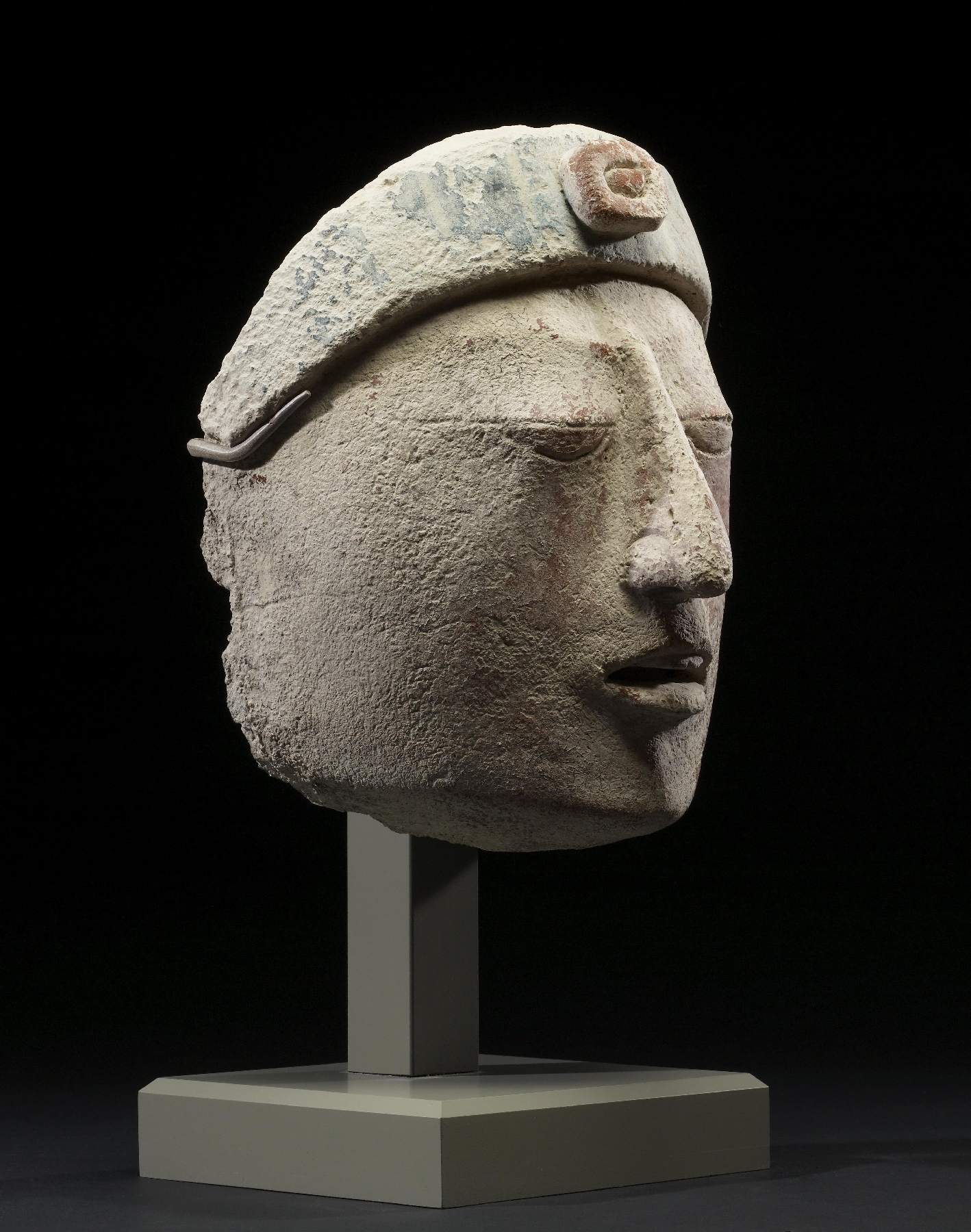 A fundamental feature of Mesoamerican formal architecture was the use of molded, modeled, and carved stucco decoration. Painted either monochrome red or in a variety of colors, these façades narrated key precepts of religio-political ideology, displaying the supernatural patrons and worldly authority of the aristocracy that used the structures. The façade decoration also could reveal a building's function as well as its symbolic identity. This stucco head, which was part of a larger pictorial façade narrative, illustrates the close connection between the gods and Maya aristocracy.
This head wears the Maize god headband, although here the tubular beads are indicated by paint. The lack of tau-shaped tooth and more personalized facial features suggest the rendering of a member of the Classic Period elite.
The Maya would often intentionally destroy a building's decorative façade and then collapse the vaulted chambers prior to constructing a new building atop the rubble. Frequently, the rubble contained fragments of the old stucco narrative now buried below the new platform. Most often it is the heads that survive in the debitage which suggests that the Maya paid particular attention to the faces of deities and royalty when they destroyed stucco façades during renovation projects. In addition, stucco façade heads have been found as offerings in tombs or other ritual caches placed inside buildings. Such special treatment indicates the prestige and likely perceived spiritual power of these stucco portraits among the Classic Period Maya.