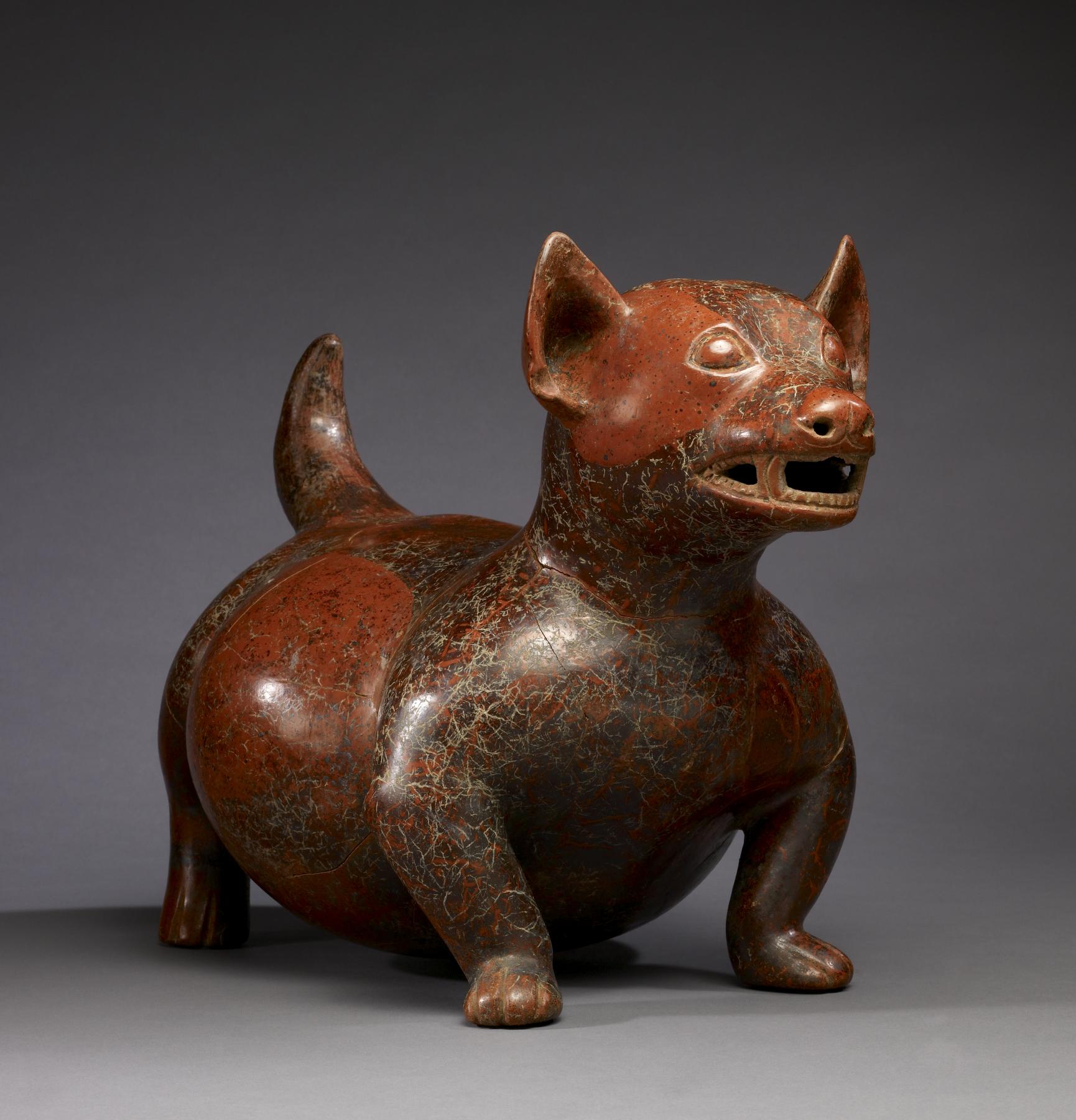 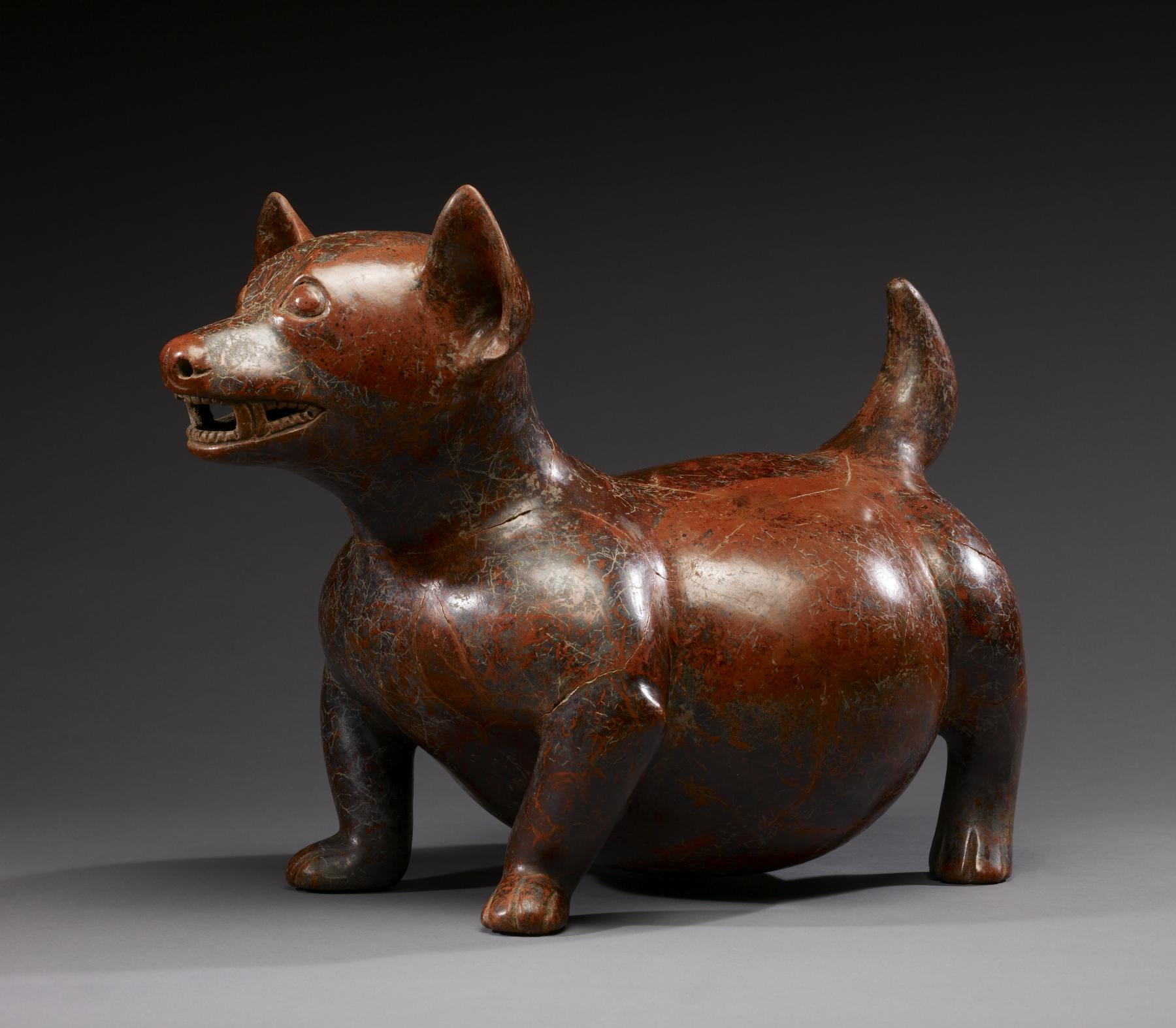 Among many peoples of ancient Mexico, there were myths that a red or yellow dog was the companion that would help a deceased person across a river they needed to cross in the Underworld. It was said that a white dog would not want to dirty itself, and a black dog had already made the trip and was tired. Therefore, it was important to be kind to these reddish dogs in life, and to seek them out in the Underworld. Perhaps for this reason, hundreds of ceramic figures of red dogs have been found in tombs and homes of ancient West Mexico. They were carefully modeled, and carefully painted and polished. While many show almost skeletal dogs, perhaps fitting in the Underworld, others show plump and friendly dogs like this one. Some dogs were also eaten in ancient Mexico, so such plumpness would have been appreciated.