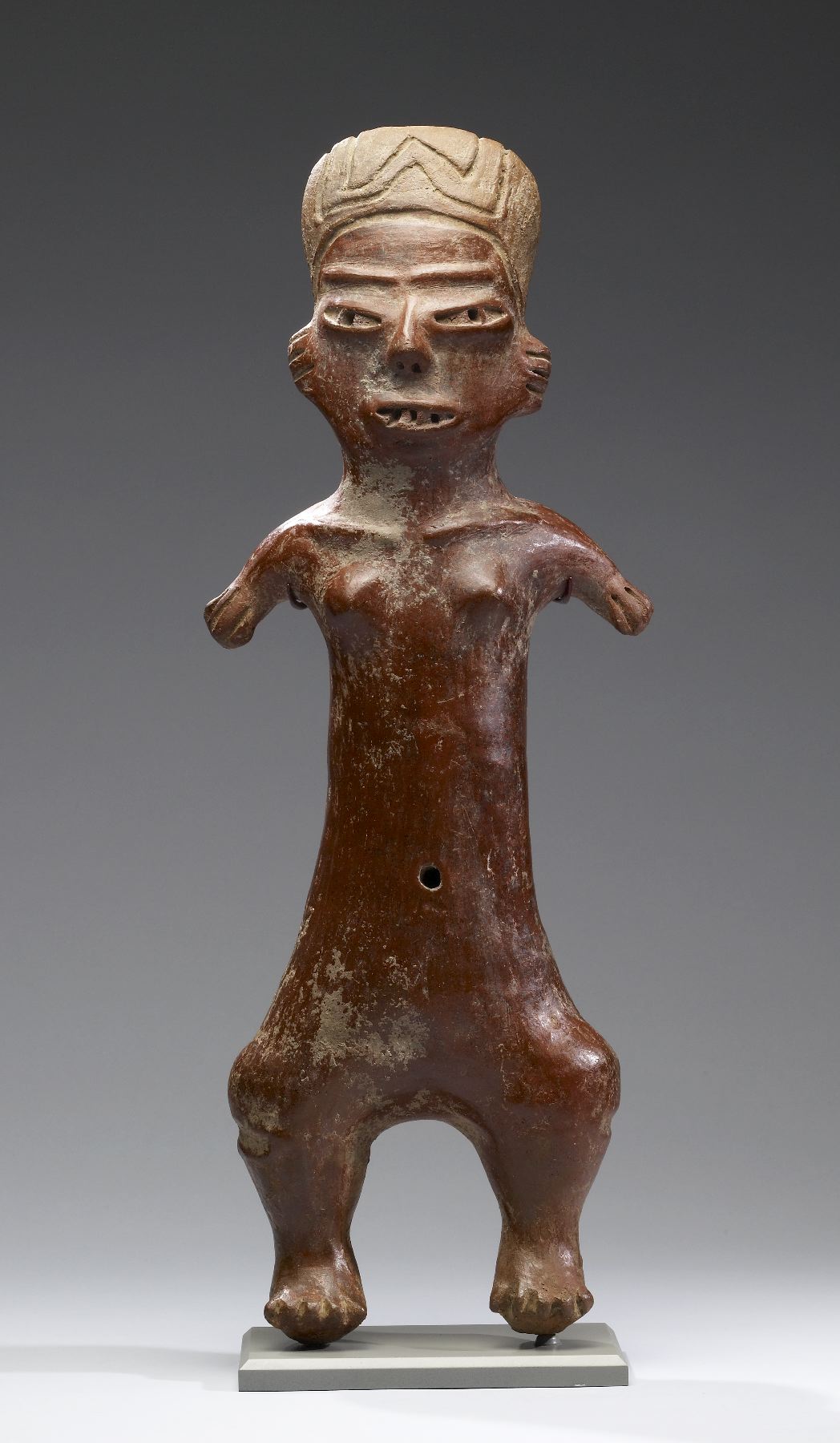 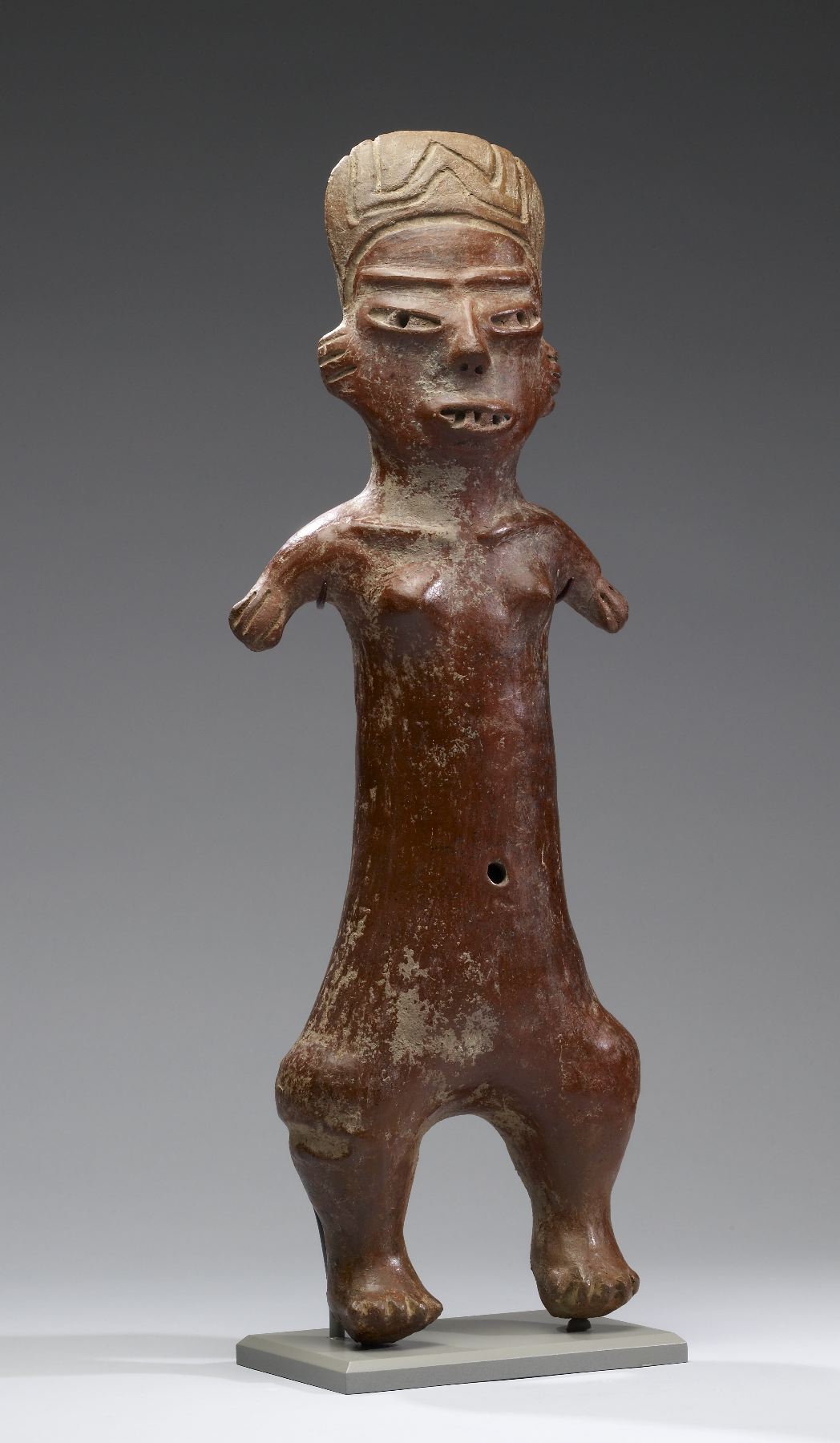 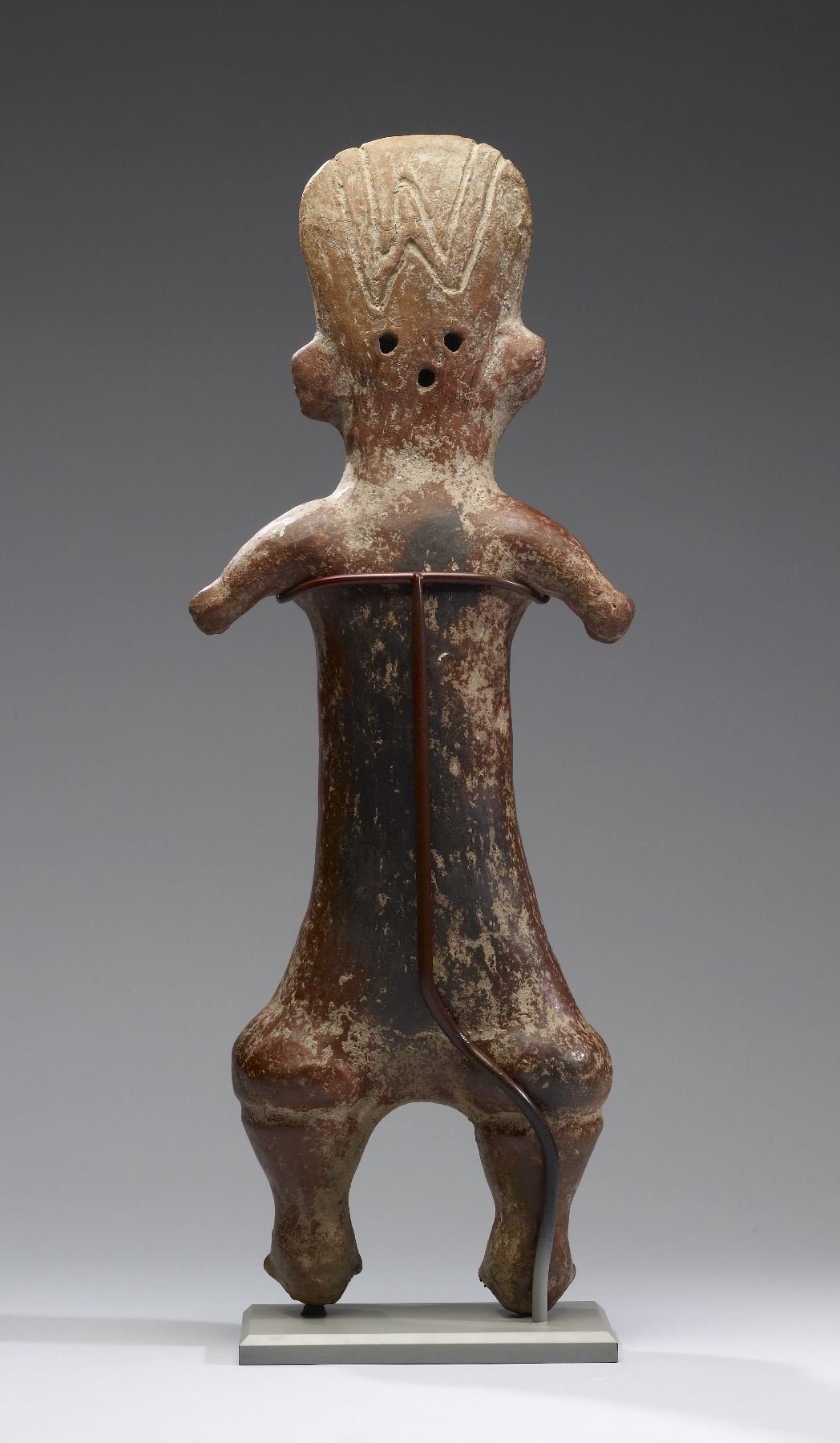 Large, hollow figures epitomize the sculptural expertise of the earliest pottery artists in the central Mexican highlands. Found in burials at sites in the Valley of Mexico, such as Tlatilco and Tlapacoya, and many others in the adjacent states of Morelos and Puebla, these figures typically portray nude women. Artists accentuate the hips and firm breasts while reducing the arms and feet to small, simplified forms. This corporeal focus has prompted some scholars to interpret them as fertility objects pertaining to female rites of passage or fecundity. An alternative view sees the figures as representations of religious practitioners in the throes of shamanic trance. This interpretation calls attention to the artistic accentuation of the head and the careful rendering of elaborate head wraps or coiffures. Frequently, too, these figures' mouths are rendered slightly open and their eyes stare blankly into space. These features recall renderings of shamanic trance throughout the Americas. Both figures have scored ears, which the Spanish observed among many Native priests in highland Mexico and Yucatan, cut during blood-offering rituals that served both religious ideology and the achievement of a spiritual trance state.