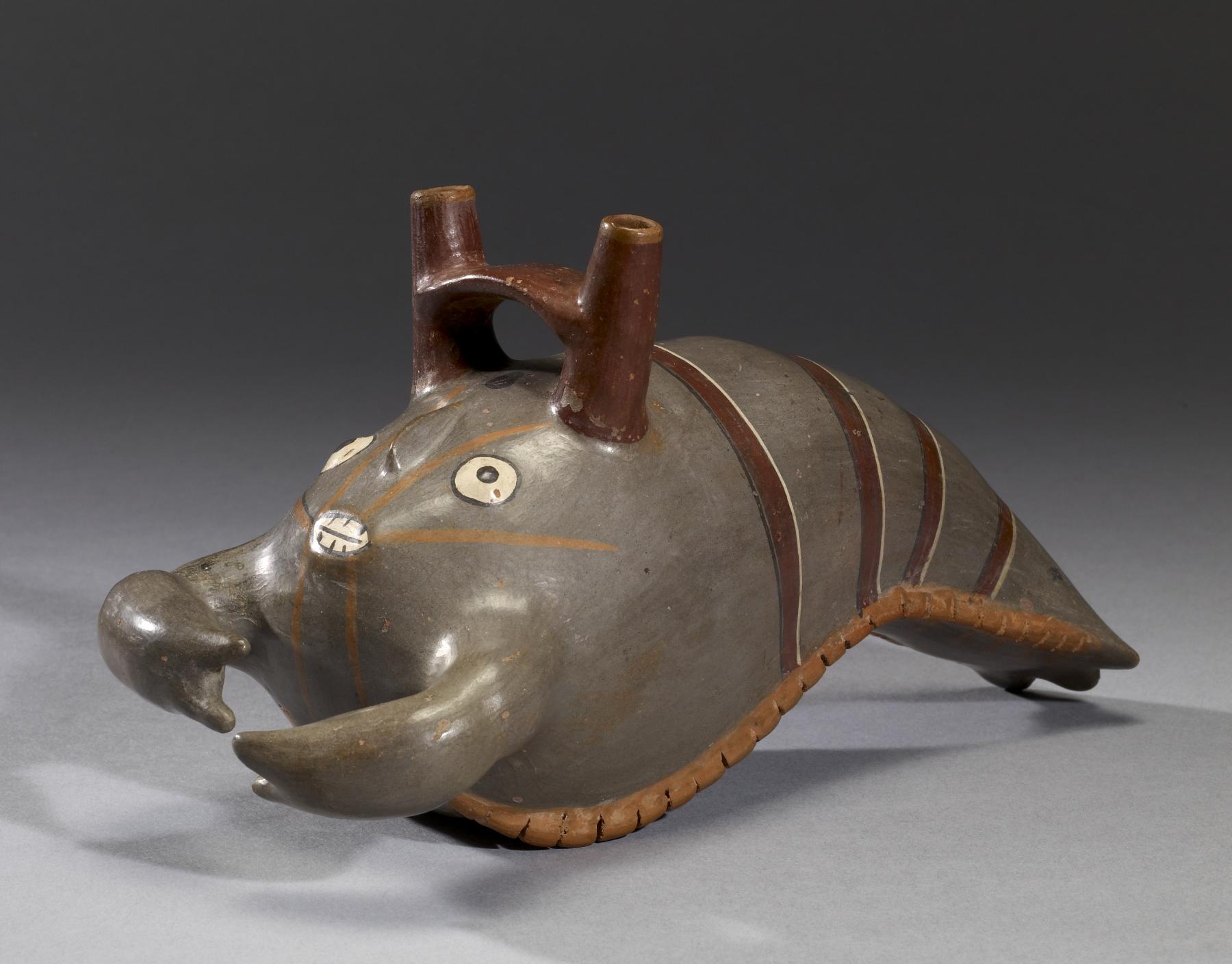 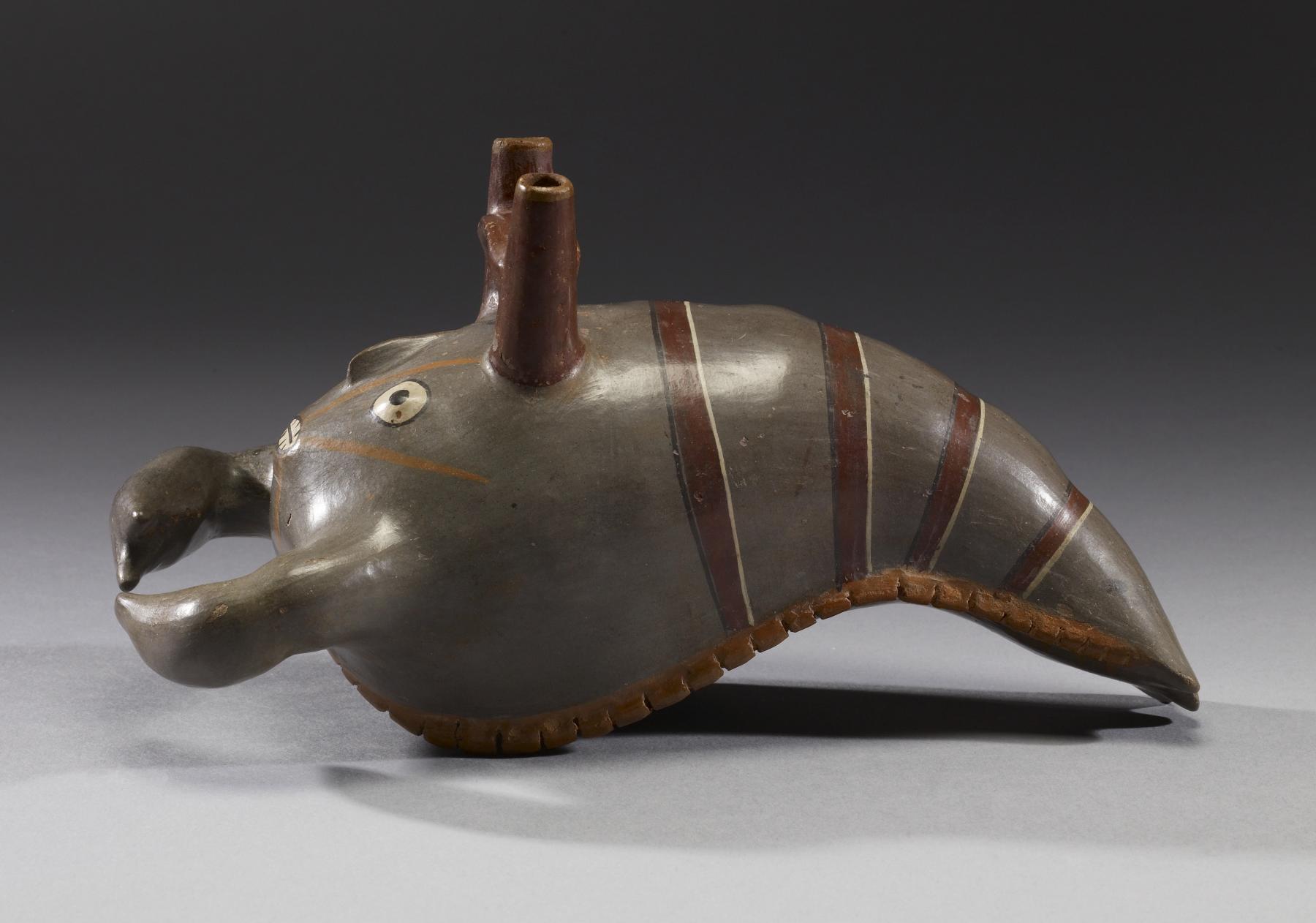 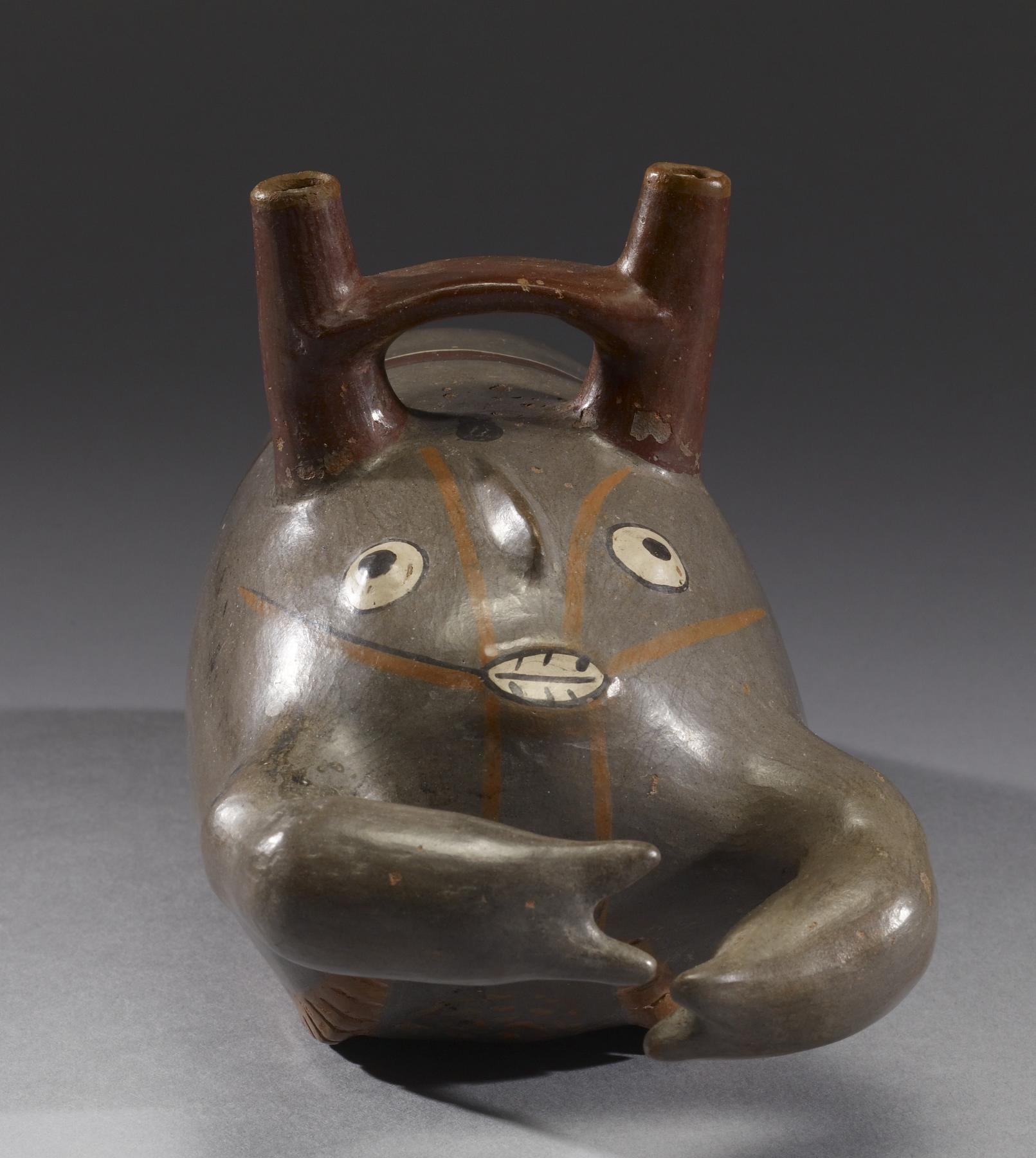 The coast of Peru is bathed in the Humboldt Current, which sweeps cold water from the Antarctic along the South American coast and northwards to Mexico and the Pacific Northwest. Rich in plankton and other marine animals, the Humboldt Current supports one of the world's most fertile fishing grounds. Early Andean peoples harvested its bounty, with fish and shellfish being a primary source of protein not only for coastal peoples but also those in the highlands. This lobster effigy vessel, with its small bridge-spout handle typical of Nazca ceramics, is a masterful example of the ceramic effigy vessel form.