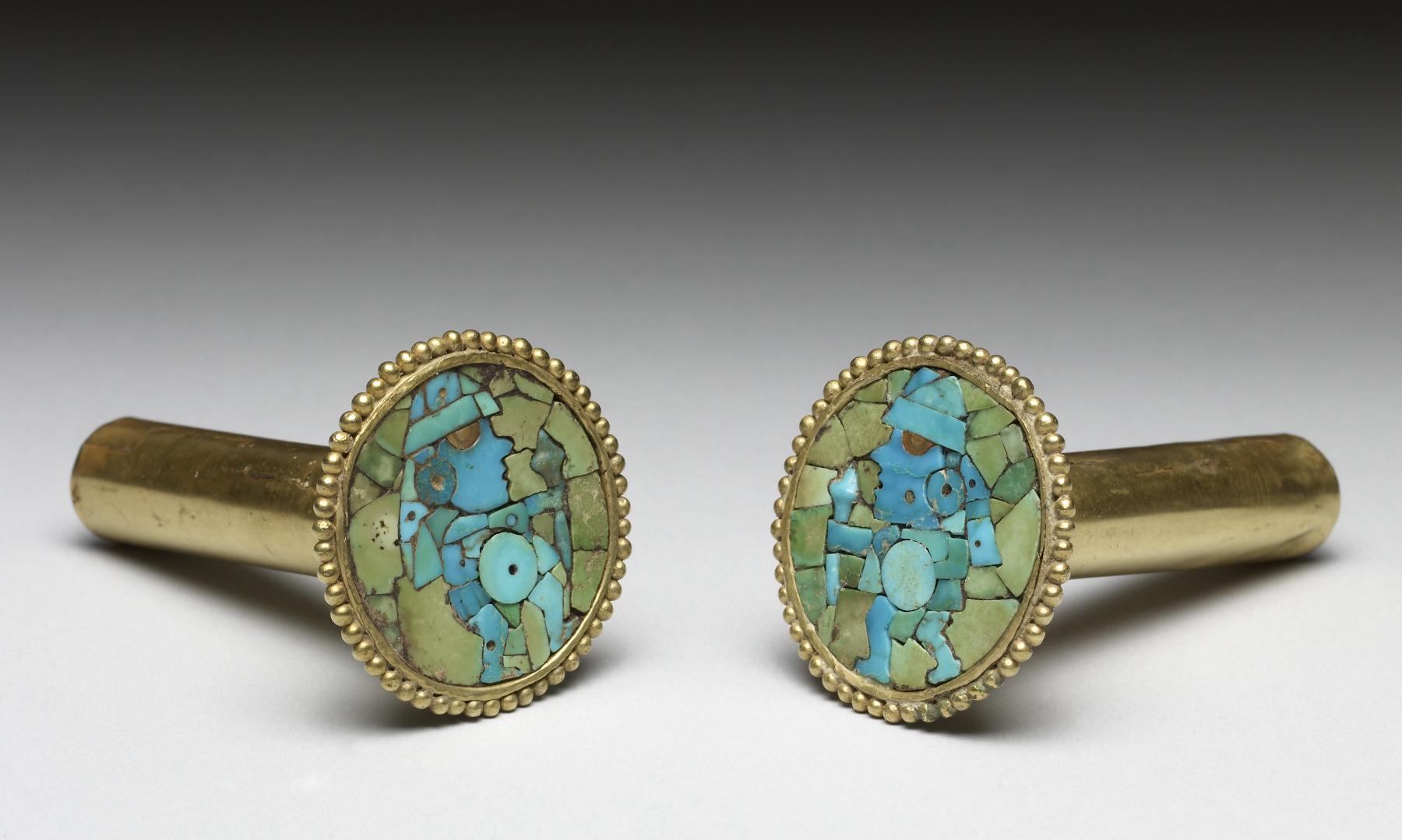 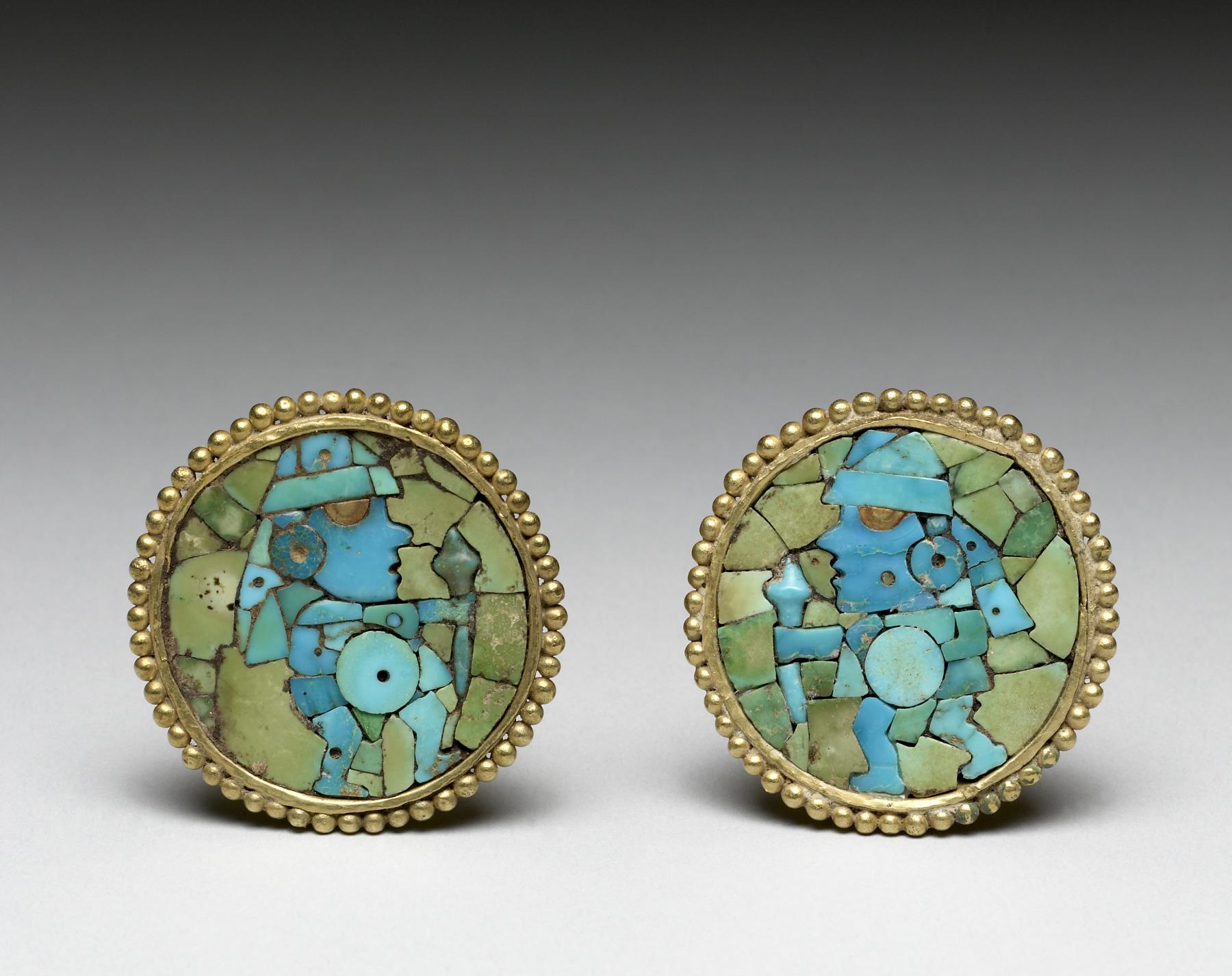 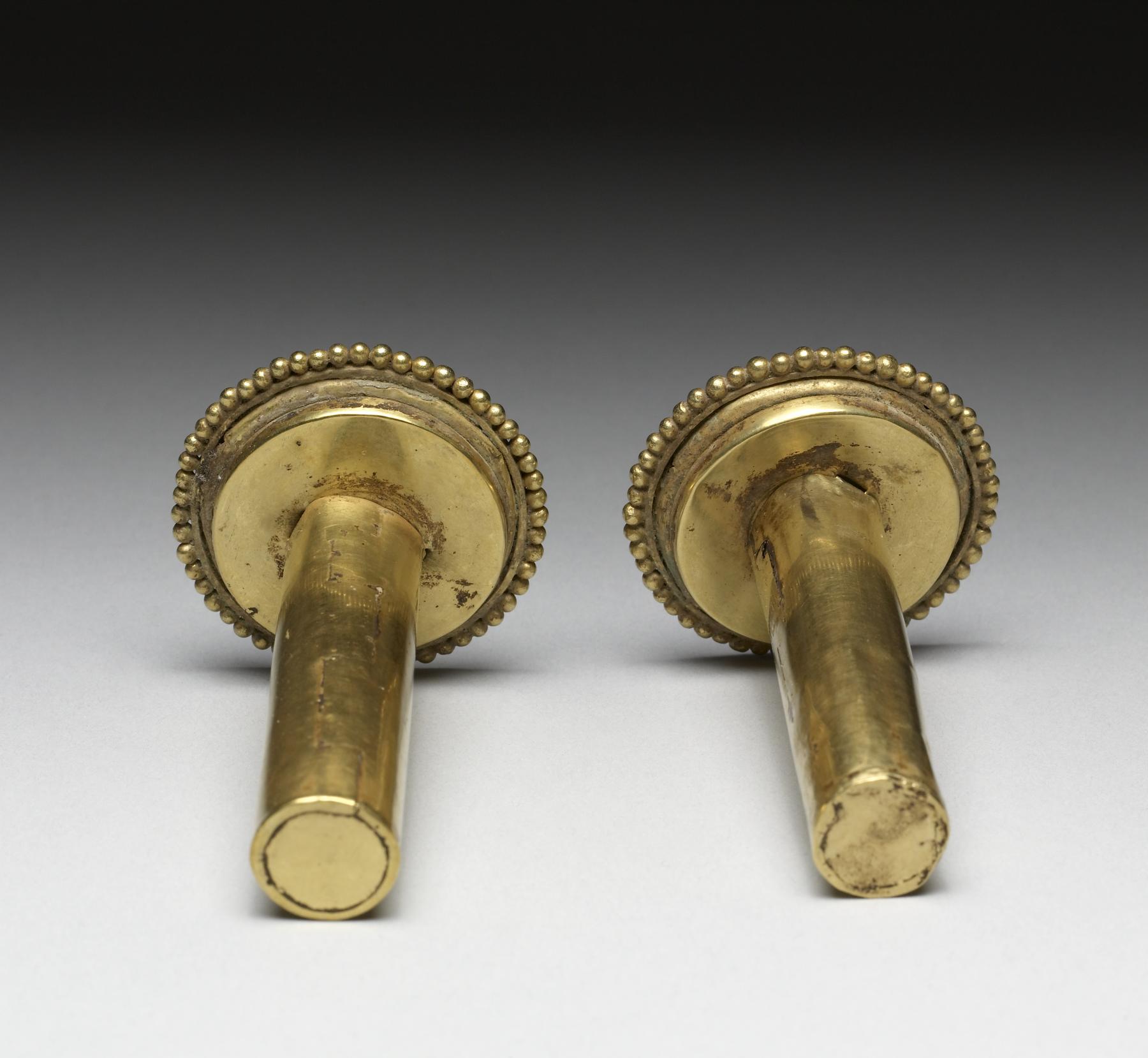 Fine craftsmanship typifies the precious metal jewelry worn by the Moche elite. From cast decorative edgings, to hammered sheets of gold rolled into shafts, to the intricate inlays of semiprecious stones, these astonishing ornaments embellished members of the elite. Not only did the dazzling artworks glitter in the brilliant desert sun, symbolically bathing the wearer in the power of the golden orb, but their symbolic imagery and exceptional artistry enhanced the status and authority of the bejeweled person. The earflares were the personal ornaments of a member of the Moche elite. They feature a striding warrior with his club weapon thrust forward at the ready. A round shield typical of Moche combatants protects his midsection from the blows of an opponent. His conical helmet-hat is that of a high-ranking person and recalls the head covering of the Warrior Priest, the key figure in the Sacrifice Ceremony that was the culmination of Moche ritual warfare.