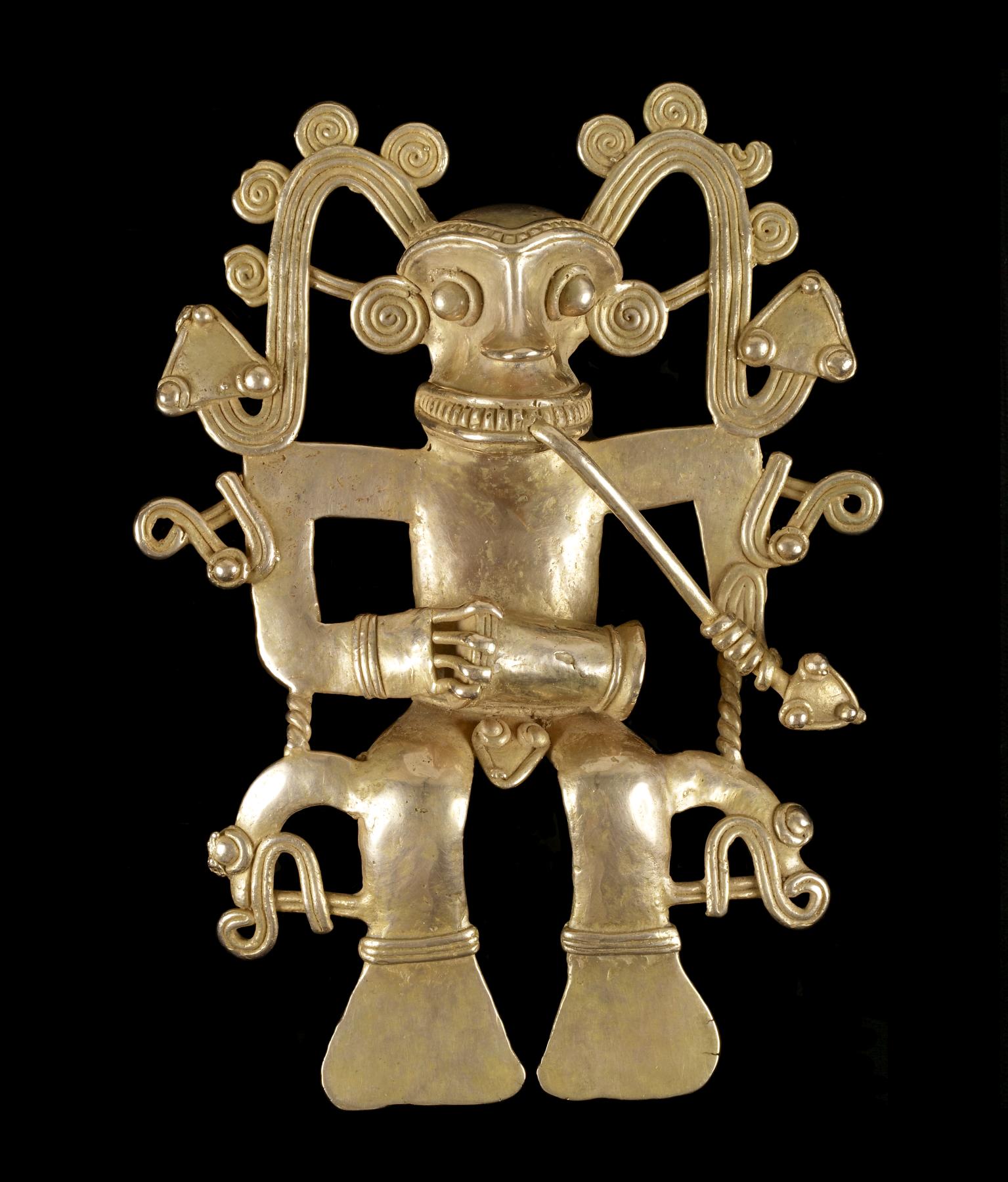 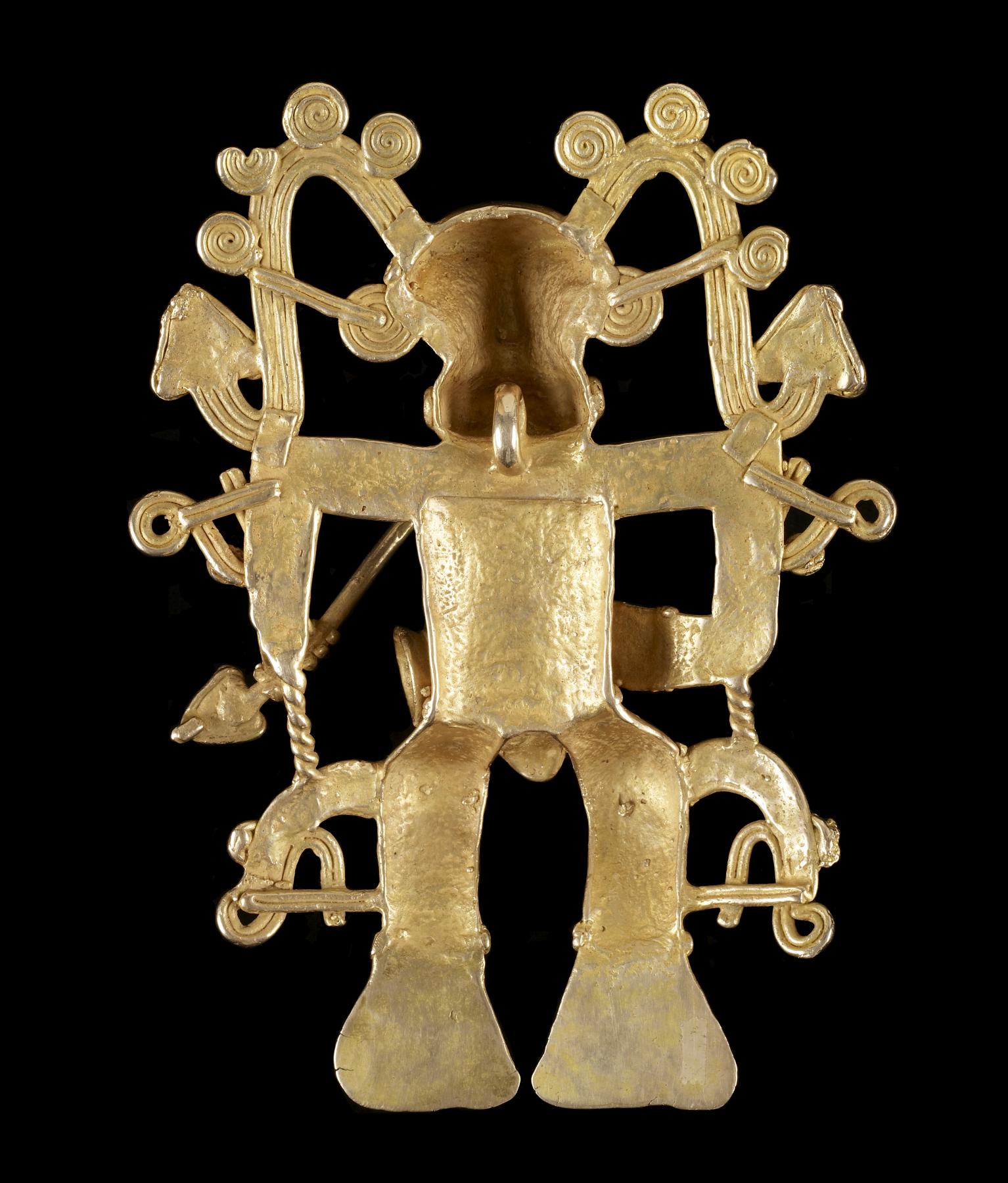 After 500 CE, gold became the dominant medium for fashioning personal adornments. Bracelets, effigy pendants, and large pectorals and headbands were decorated with geometric motifs and cast in the shape of animals and shamanic spirit forms. Goldsmiths in southwestern Costa Rica perfected the lost-wax casting technique introduced from Colombia sometime after 300 CE. Diquís artisans produced individualistic styles expressing local beliefs while sharing pictorial narratives and pectoral forms with societies throughout the region, especially the Chiriquí of adjacent western Panama. The elaborate figural pendants include representations of shamans in their animal spirit forms, sometimes depicted dancing and playing instruments during the transformational rites. This figural pendant features a performer playing a small drum, held in his right hand, and a flute rendered as a serpent and held to his mouth. The figure's bent knees imply dance, a common element of shamanic transformation rituals. His spiritual state is signified by the two serpent-spirits emanating from his head, the center of identity, and by the saurian heads emerging from his shoulders and knees. The shaman's round ears and wide, narrow mouth may reveal his spirit form as that of a bat.