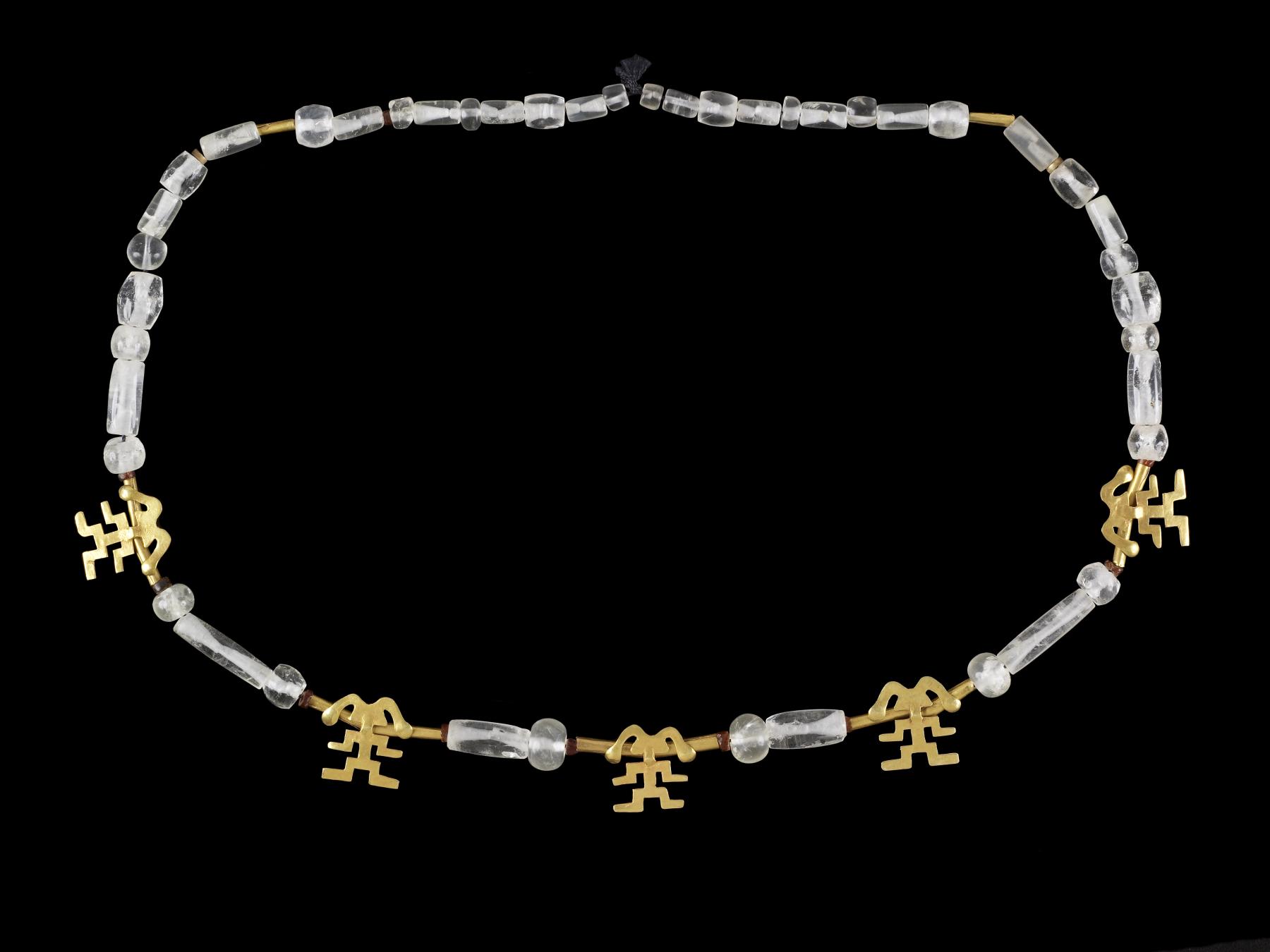 For shamans in ancient Colombian communities, rock crystal was desirable due to itstranslucent quality, which under certain light, can flicker colorfully as if lit by a fire. The inherent reflective traits of the crystal symbolized a supernatural energy—a power that people believed could be harnessed if worn close to the body.
This entrancing rock crystal necklace is as beautiful in its visual qualities as it is
mysterious in its origin. The production of the gold figures—done by hammering out thin sheets of metal—signals the artist to be of the ancient Tolima people in Colombia. Gold work from the Tolima region is characterized by strong geometric forms combining stylized parts of humans and animals. The small figures here each have a triangular, bird-like tail indicating they may represent a deity or other supernatural being. This style is sometimes called "invasionist" because it shows stylistic influence of people who came to the region from the Amazon, across the Andes mountains.” However, the quality of rock crystal of the necklace's beads can only be found in a region far to the north of known Tolima sites.
This unique combination of materials indicate that either the gold or the crystal was traded in order to make this important piece of symbolic jewelry.