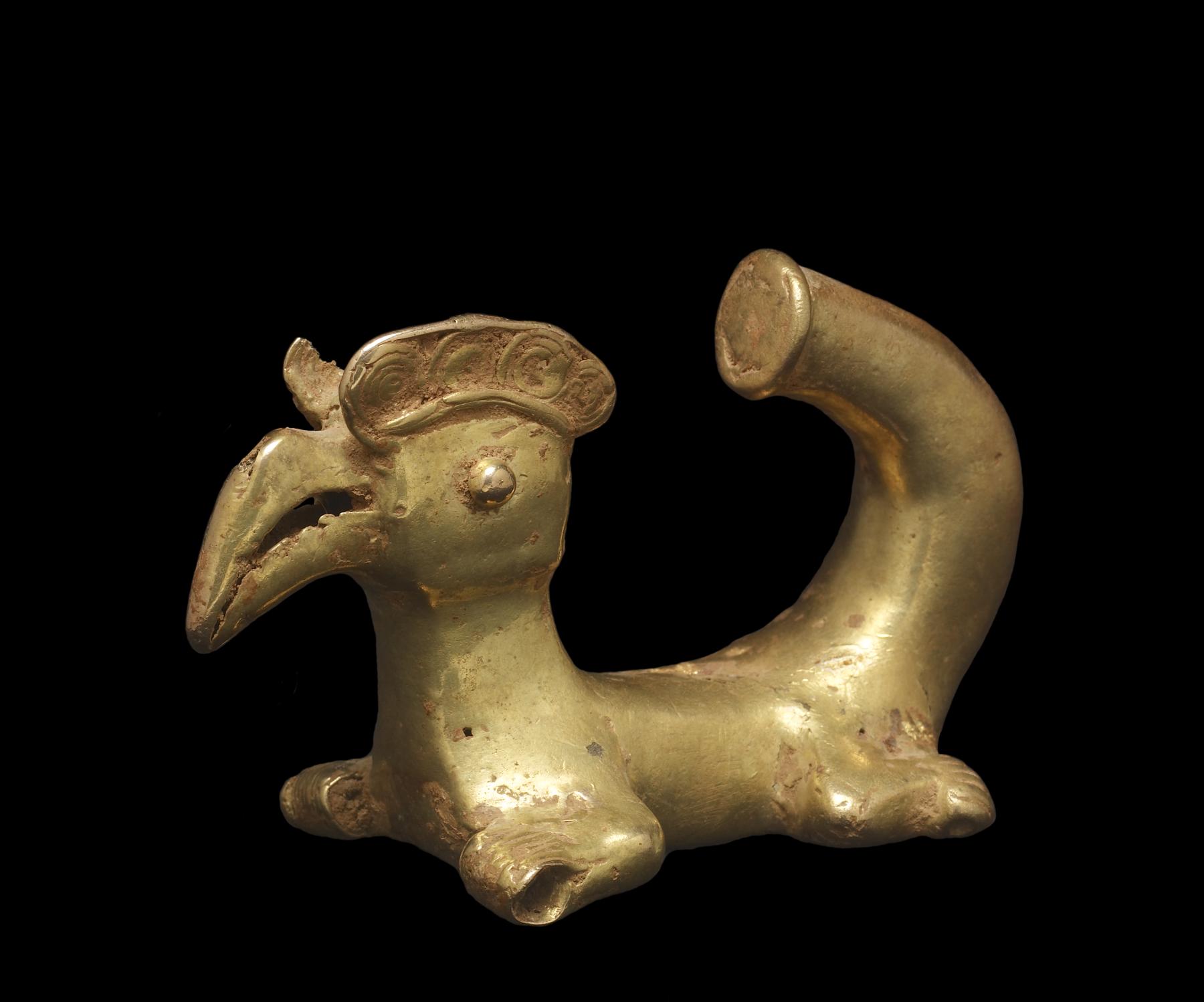 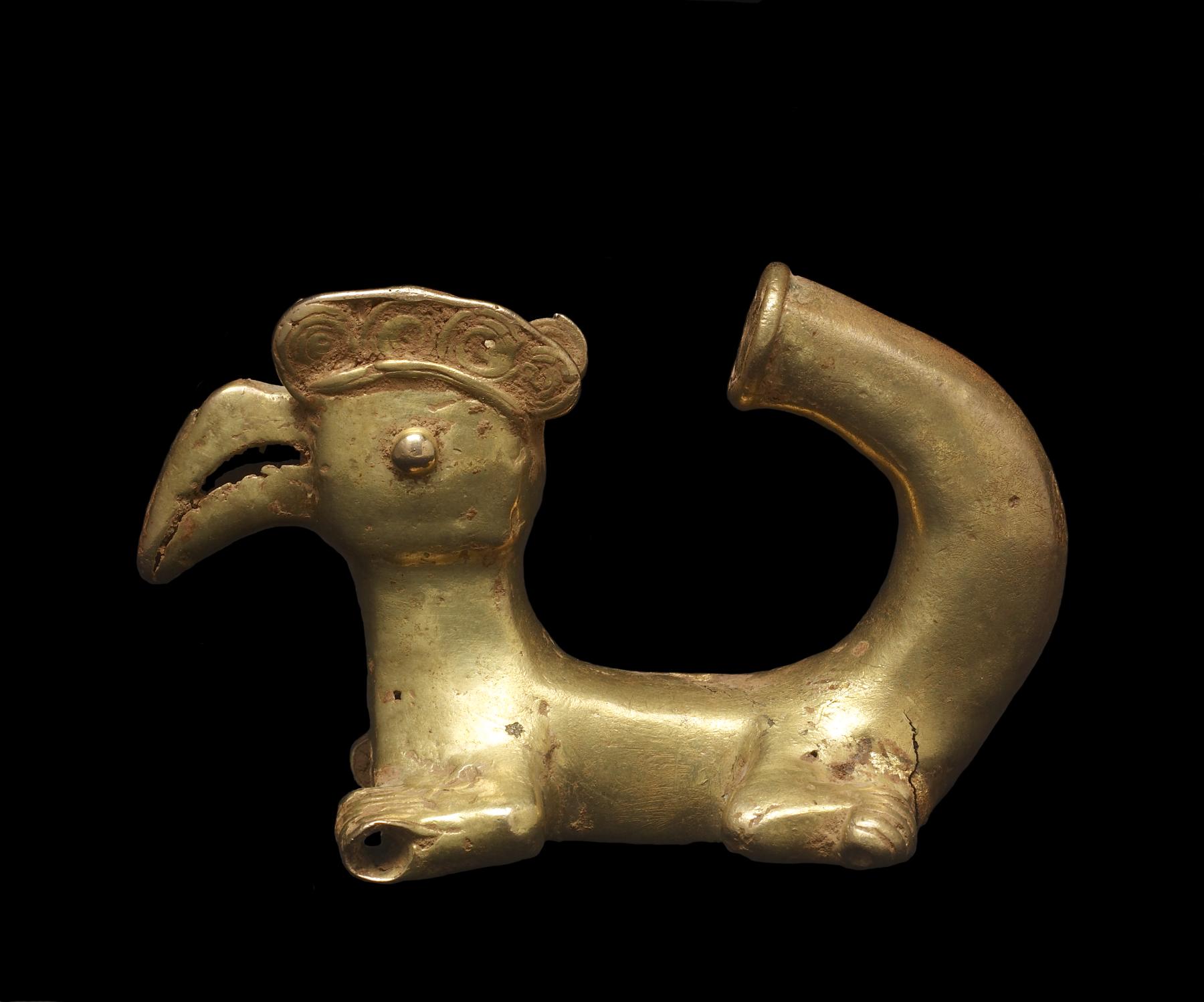 Sometime after 500 CE, gold became the preferred material for fashioning personal adornments, supplanting jadeite and other green stones from which artists had made impressive pendants and necklaces for centuries. The relatively sudden appearance of gold and the specialized knowledge needed to work it imply the introduction of metallurgy from outside the region. All evidence points to northwestern Colombia as the point of origin of the metal arts, a region filled with other archaeological and art historical lines of evidence indicating a long-standing history of contacts between the two regions. Gold pendants were cast in a variety of forms, from relatively naturalistic portrayals of animals to composite creatures combining human and zoomorphic features.
The curly-tailed animal pendant represents a type found from eastern Panama to the coastal regions of the Zenú and Tairona cultures of northern Colombia. This "international style" adornment combines a crested bird's head with a feline's body and a serpent's tail. The front paws curl in on themselves to form suspension tubes. The composite creature format was developed by artists throughout the ancient Americas to portray the nonportrayable- the shaman transformed into his/her spirit form. As such, this golden adornment would have been a potent totemic icon for a family or social group, intimating the members' special powers.