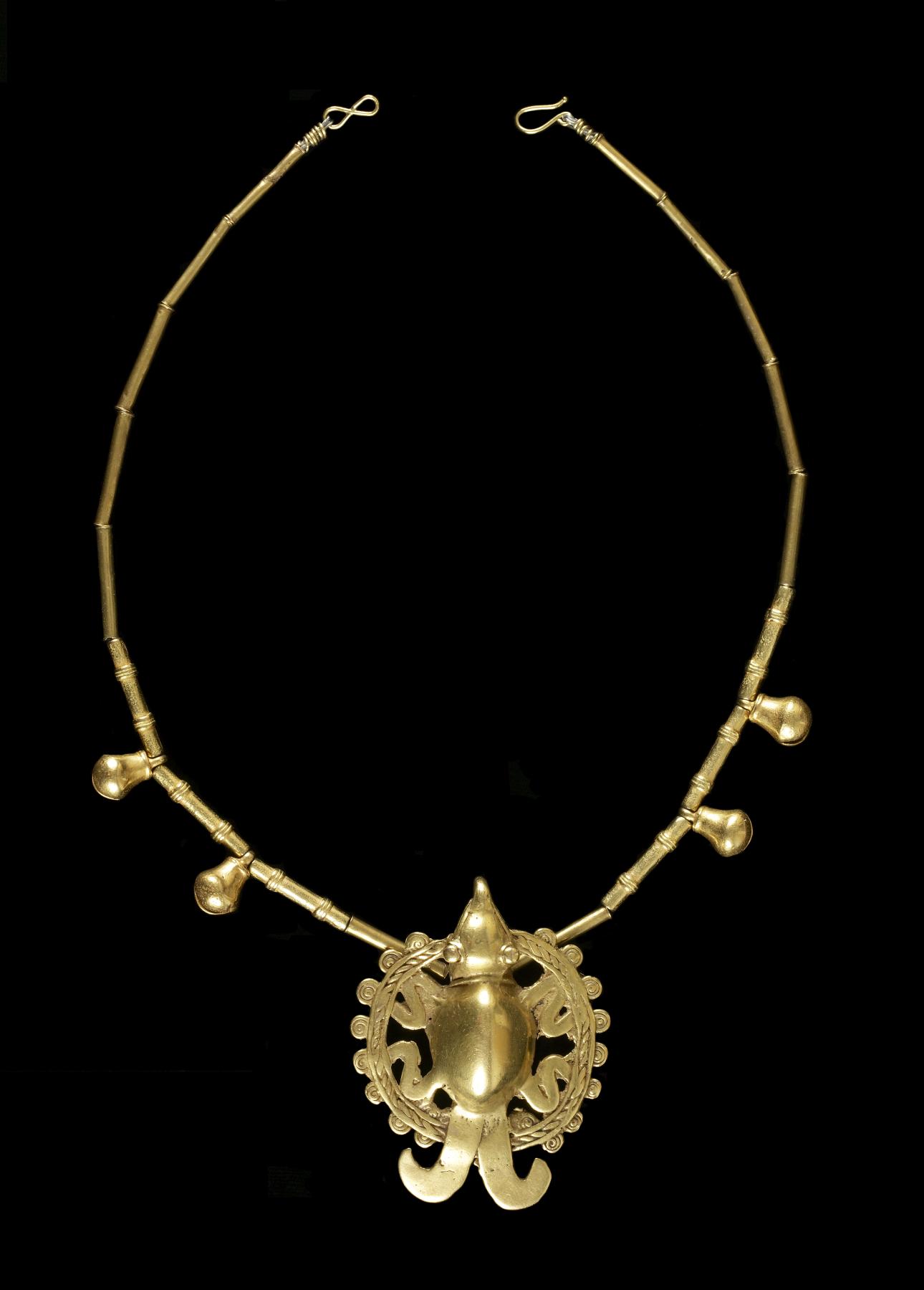 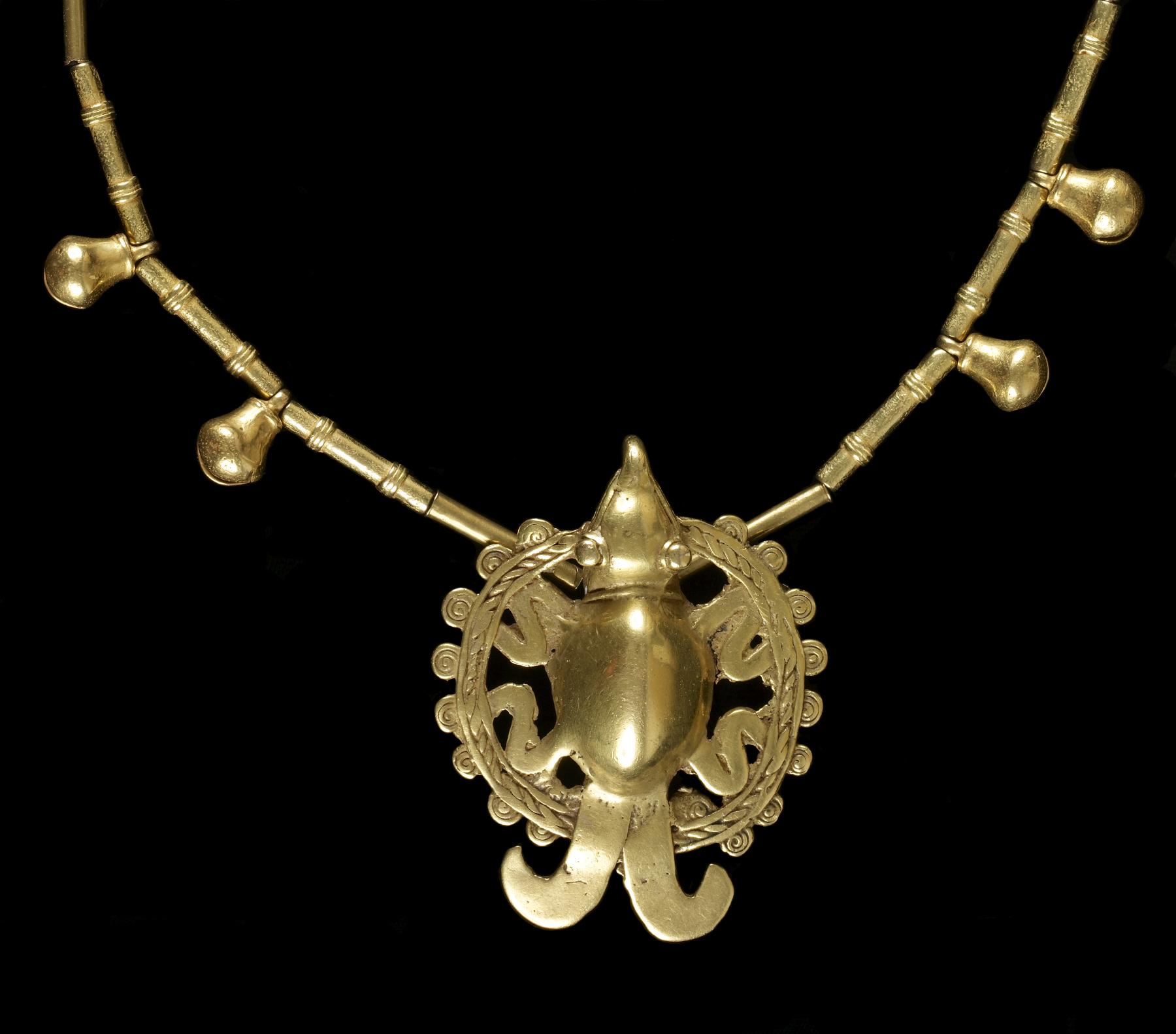 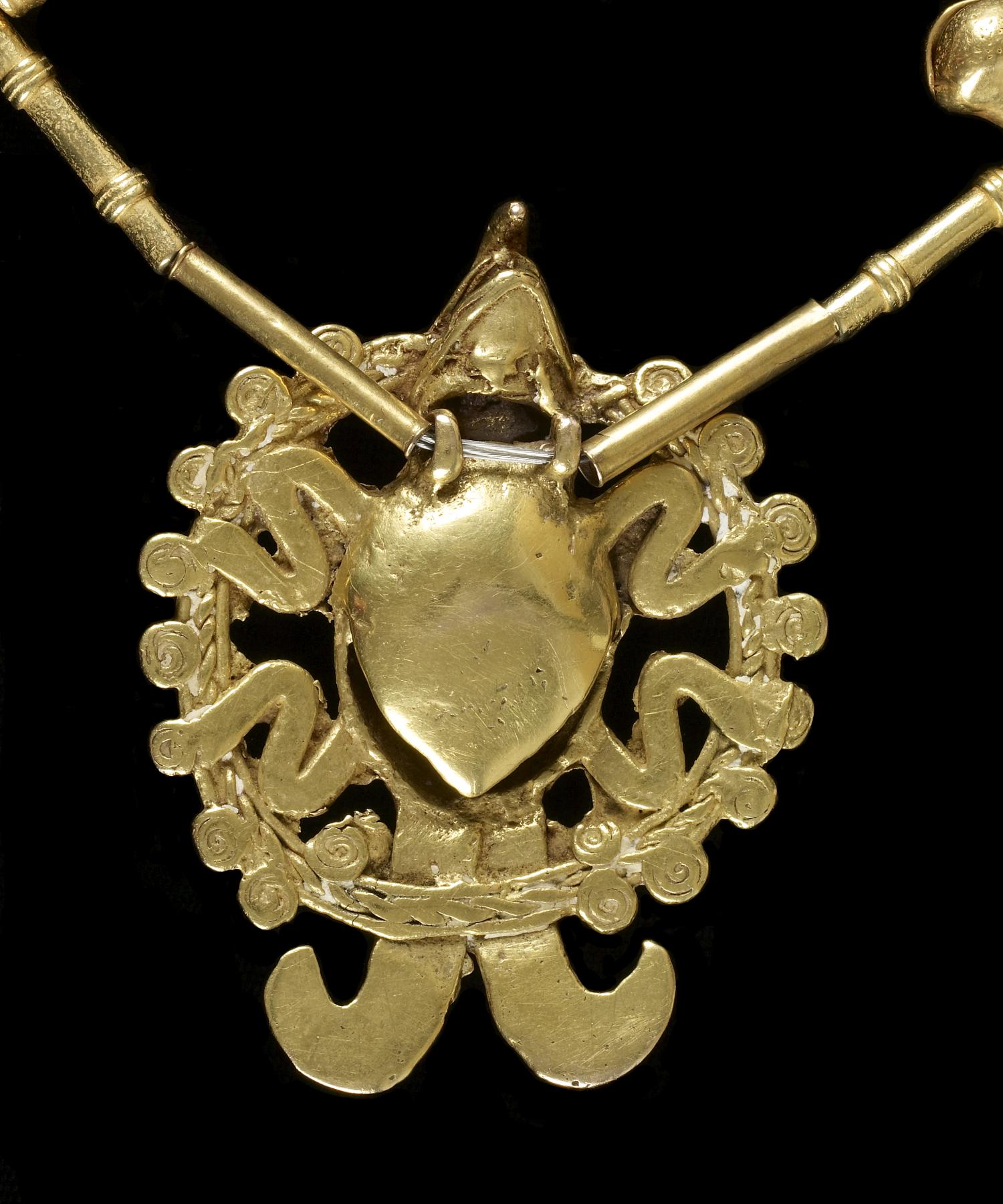 Sometime after 500 CE, gold became the preferred material for fashioning personal adornments, supplanting jadeite and other green stones from which artists had made impressive pendants and necklaces for centuries. The relatively sudden appearance of gold and the specialized knowledge needed to work it imply the introduction of metallurgy from outside the region. All evidence points to northwestern Colombia as the point of origin of the metal arts, a region filled with other archaeological and art historical lines of evidence indicating a long-standing history of contacts between the two regions. Gold pendants were cast in a variety of forms, from relatively naturalistic portrayals of animals to composite creatures combining human and zoomorphic features.

The necklace with effigy pendant portrays supra-natural entities composed of a variety of zoomorphic body forms. The pendant is formed from a tortoise's body with crocodile-like legs and a bifurcated tail, the latter element symbolizing shamanic power.