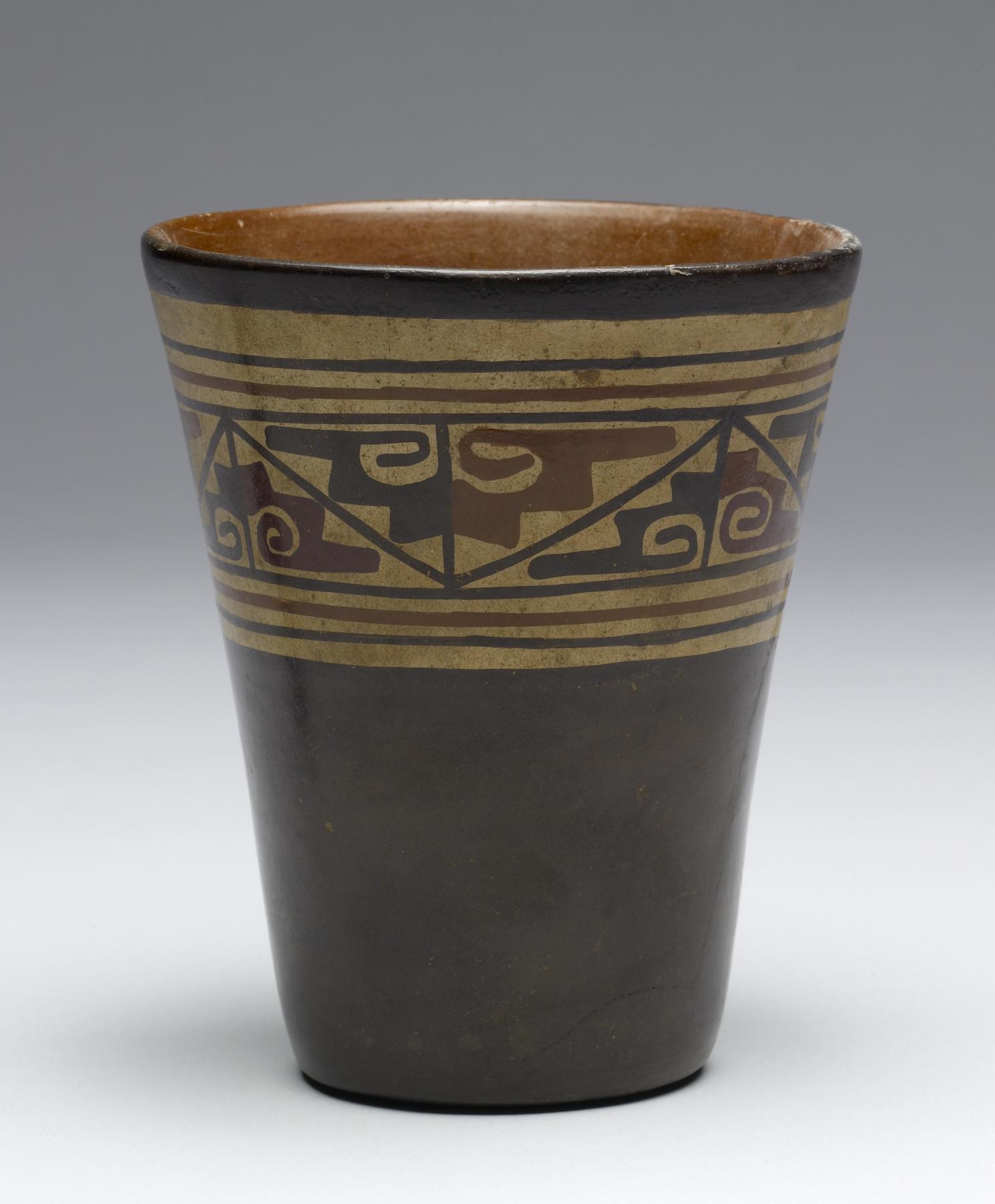 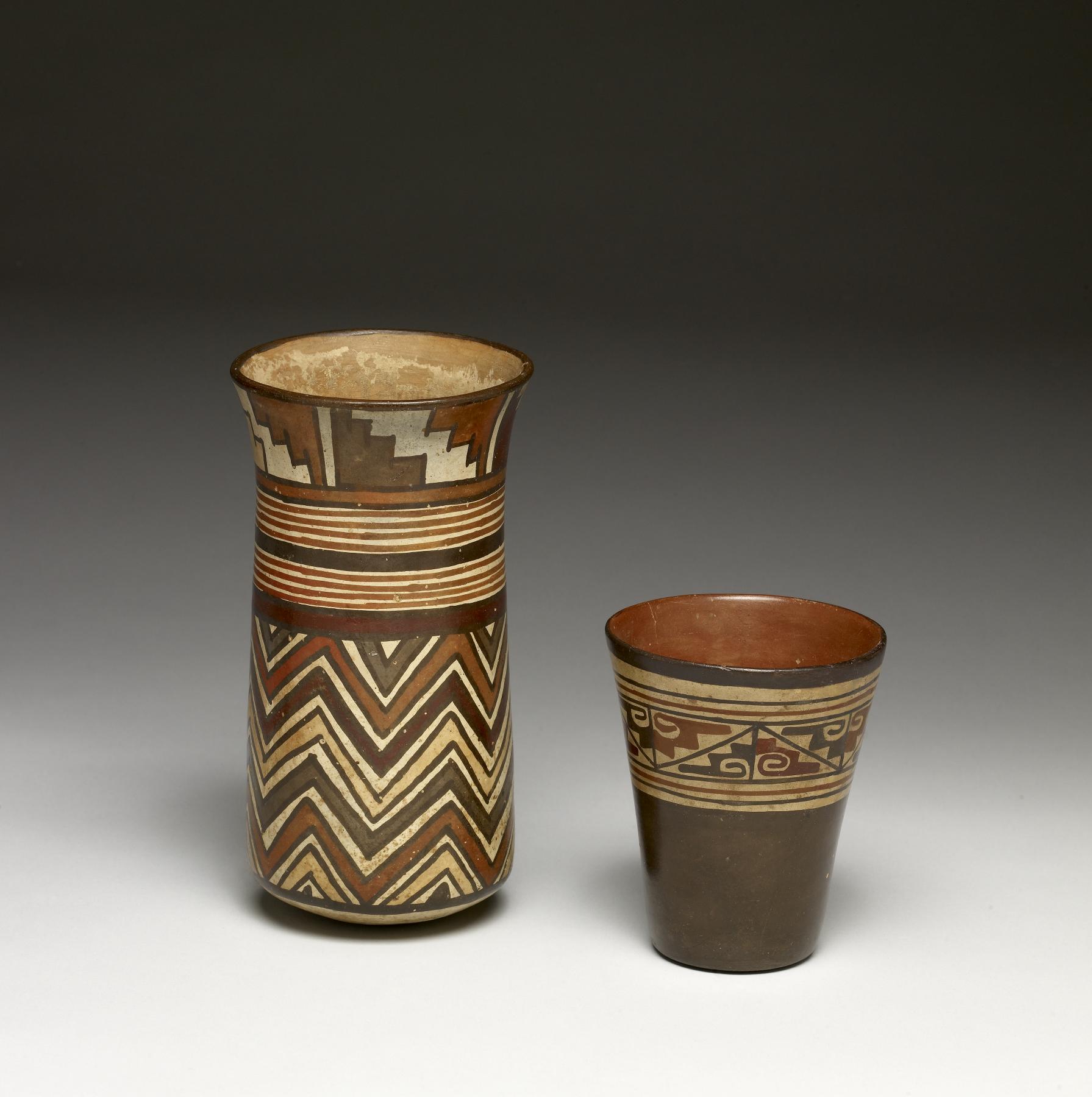 The design on this kero recalls the extreme abstraction that typifies Wari-style textiles from the southern coast. The step-fret/curl is a frequent Wari decorative motif, perhaps alluding to an undulating ground line/architectural feature like that seen at the base of the carved narrative on the Gate of the Sun at Tiwanaku. However, Wari textile imagery was purposefully manipulated to the point of unrecognizability of the original form, such intentionally designed camouflage making problematic any interpretation of the motif decorating this beaker. Such obfuscation served to highlight the artistry of the weaver, who exercised great skill to maintain the original essence of such a completely abstracted representation.
In general, drinking vessels such as this one, known as "keros" when made of wood, and "aquillas" when made of gold or silver, were used for ritual exchange and consumption of the mildly alcoholic corn beverage known as "chicha." These names are from the Quechua language spoken by the later Inca people, scholars are not certain if the same terms were used by the Tiwanaku people as well.