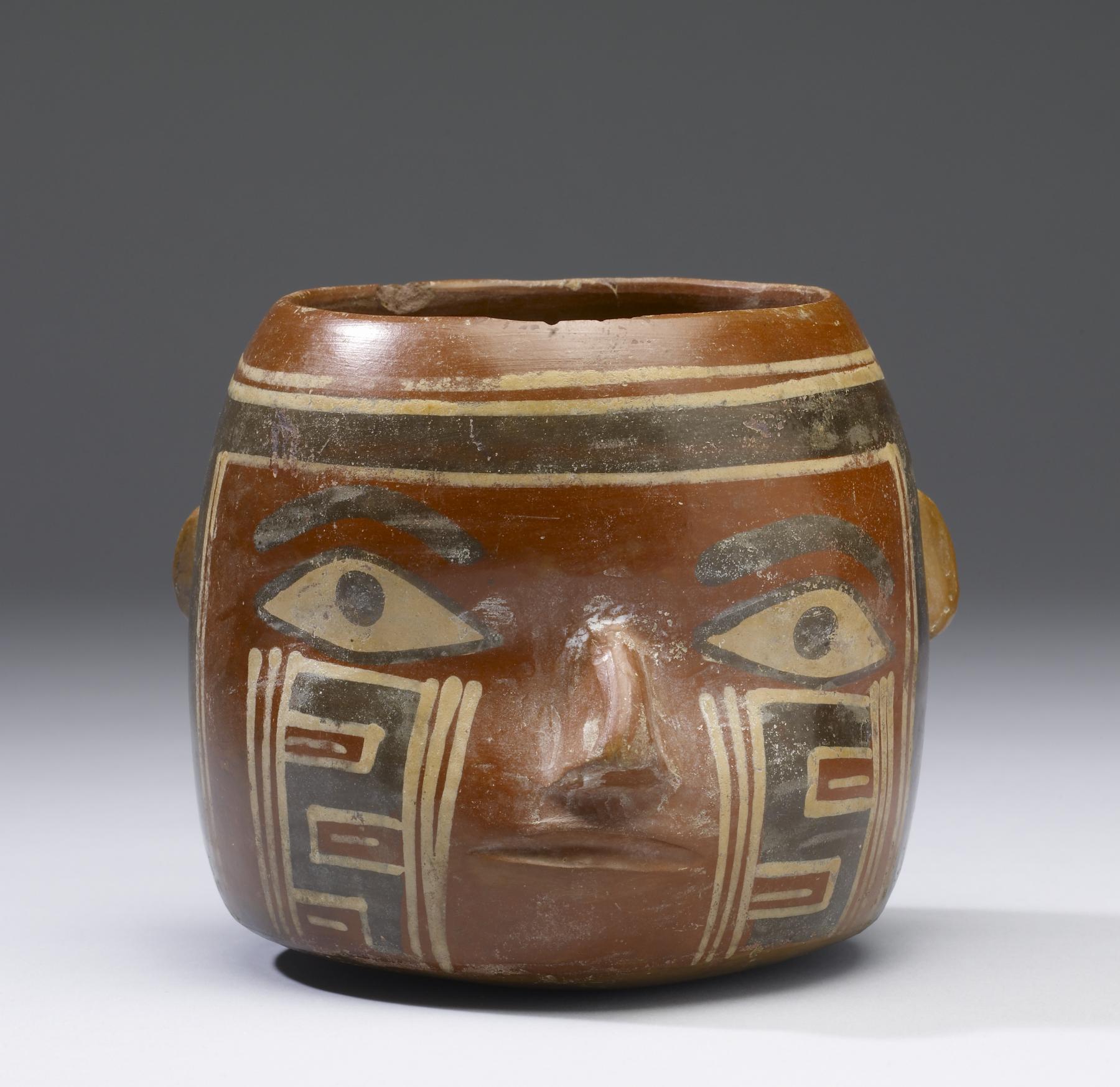 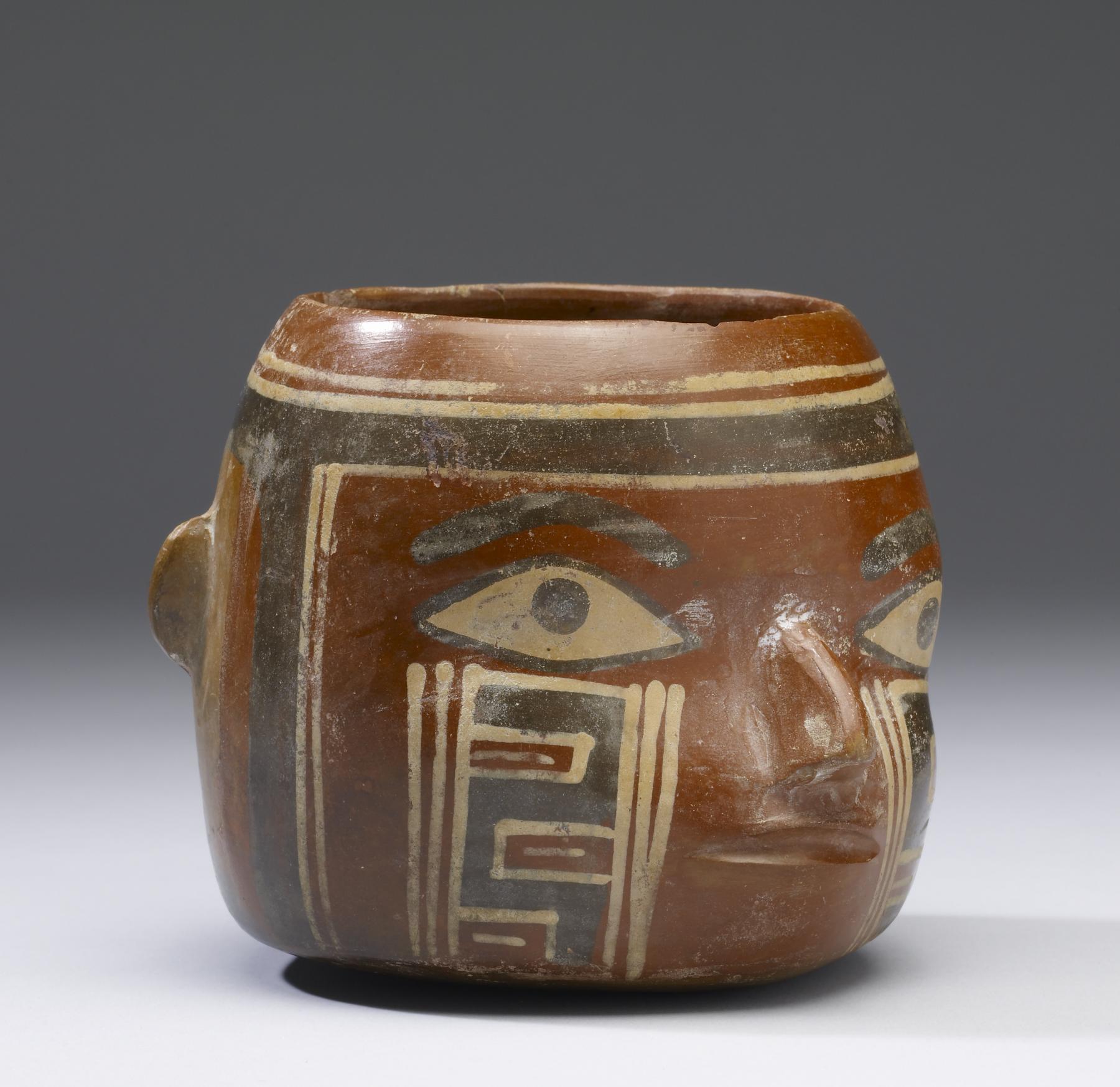 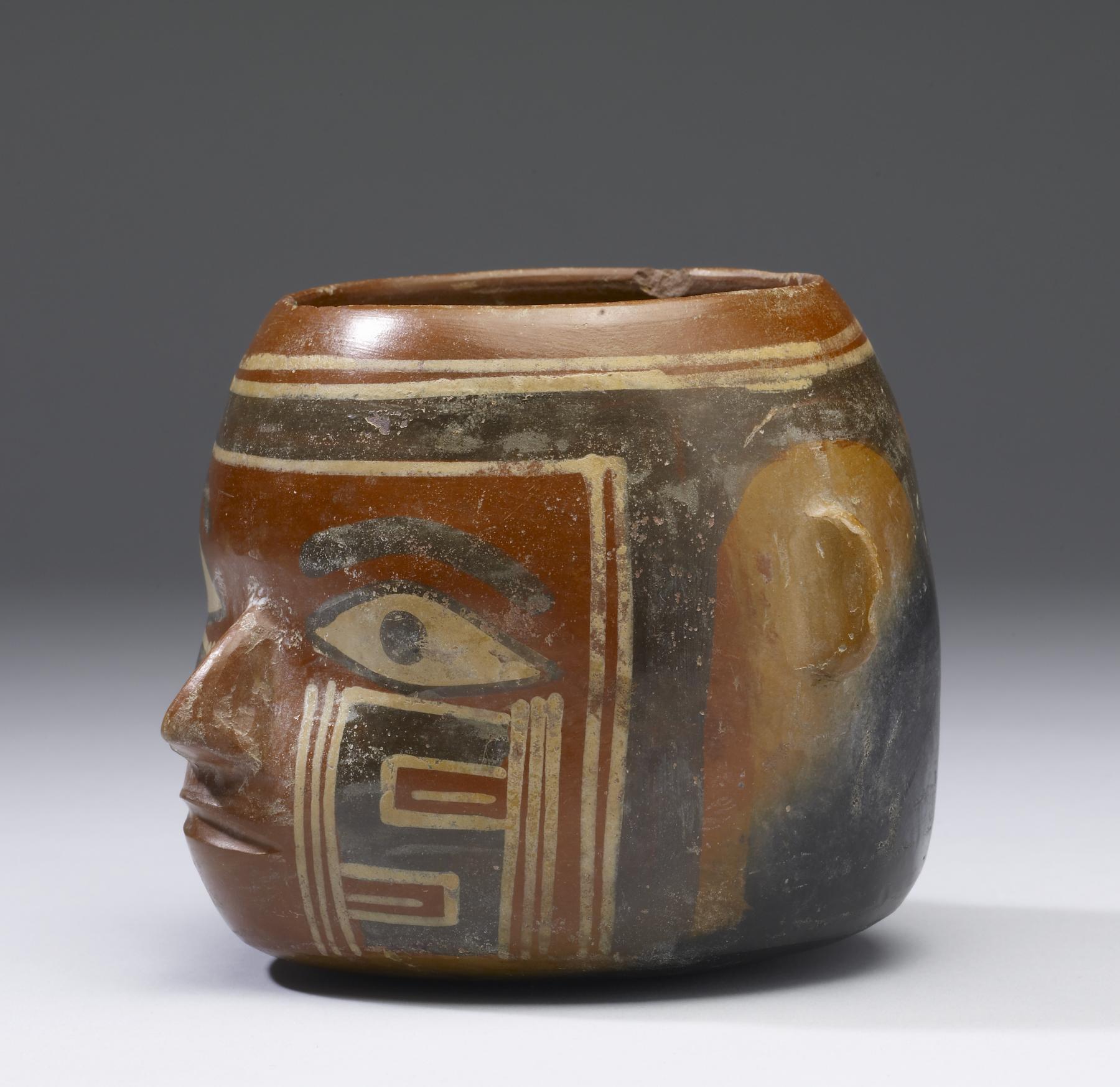 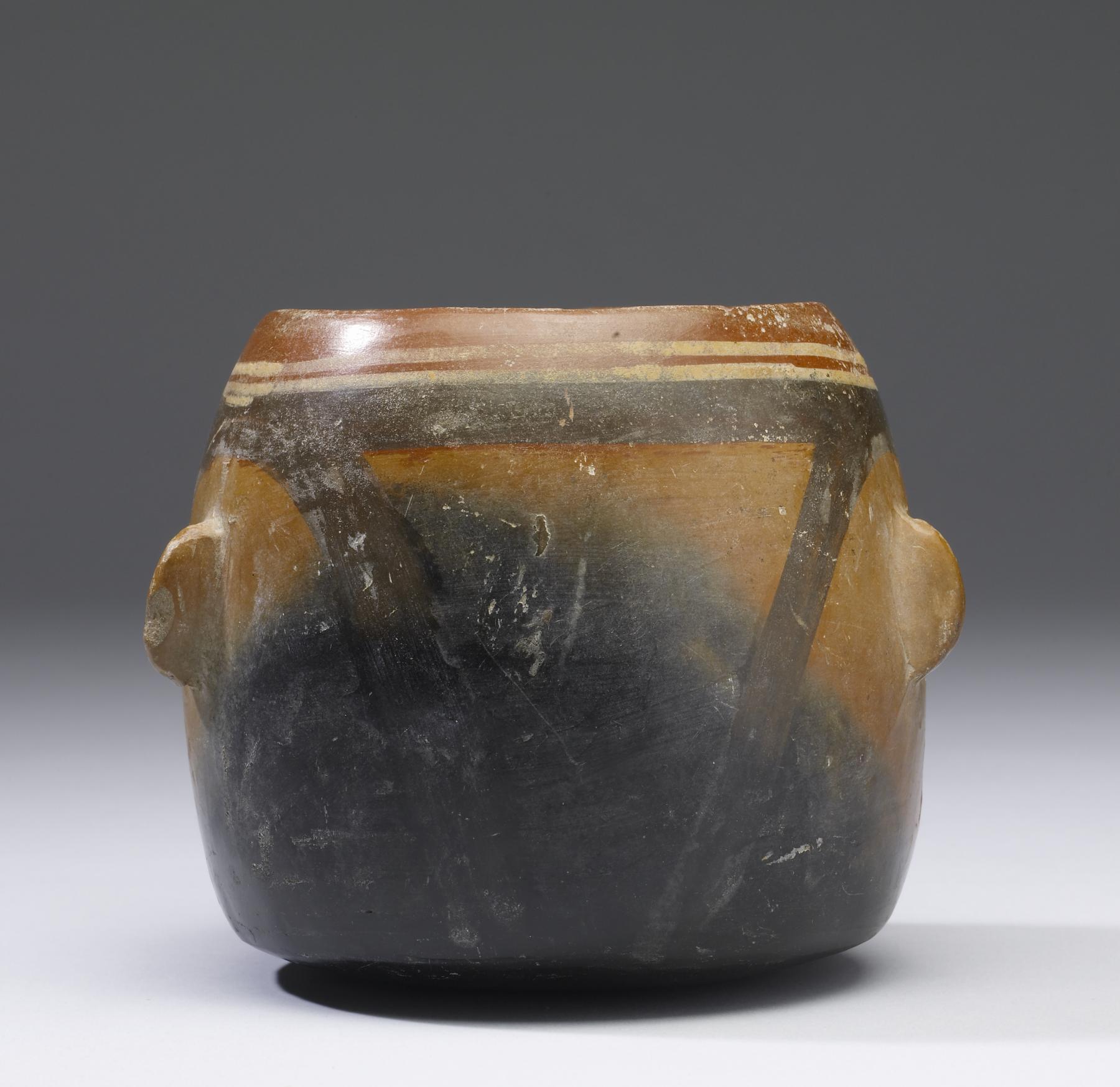 The taking of trophy heads was an important politico-religious act among the Tiwanaku and Wari peoples, whose emergence as dominant societies defines the Middle Horizon. Trophy heads frequently adorn the walls of public buildings at Tiwanaku, and they often take the form of drinking vessels, as in this example. Among the later Inkas, it was common practice to transform a captured enemy warrior's skull into a libation vessel. When used during ceremonies of victory and other politically charged events, the display of such items highlighted the might of the user and implied his appropriation of the vanquished warrior's powers. The preponderance of trophy-head drinking cups among the Tiwanaku and Wari suggests a similar belief among these two cultures, which were ancestral to the Late Horizon Inkas. The act of trophy head-taking extends far beyond the brutality of warfare and pursuit of political domination. In ancient Peru, ritual decapitation was likened to harvesting fruits and vegetables, and the blood spilling from the body was believed to fertilize mother earth (Pacha Mama). Thus the vanquished warrior served as a magical force that revitalized the earth and maintained the balance of nature. In essence, the warrior never died but instead lived on as a vital, animate member of the victorious community, which had absorbed his powers for universal good.