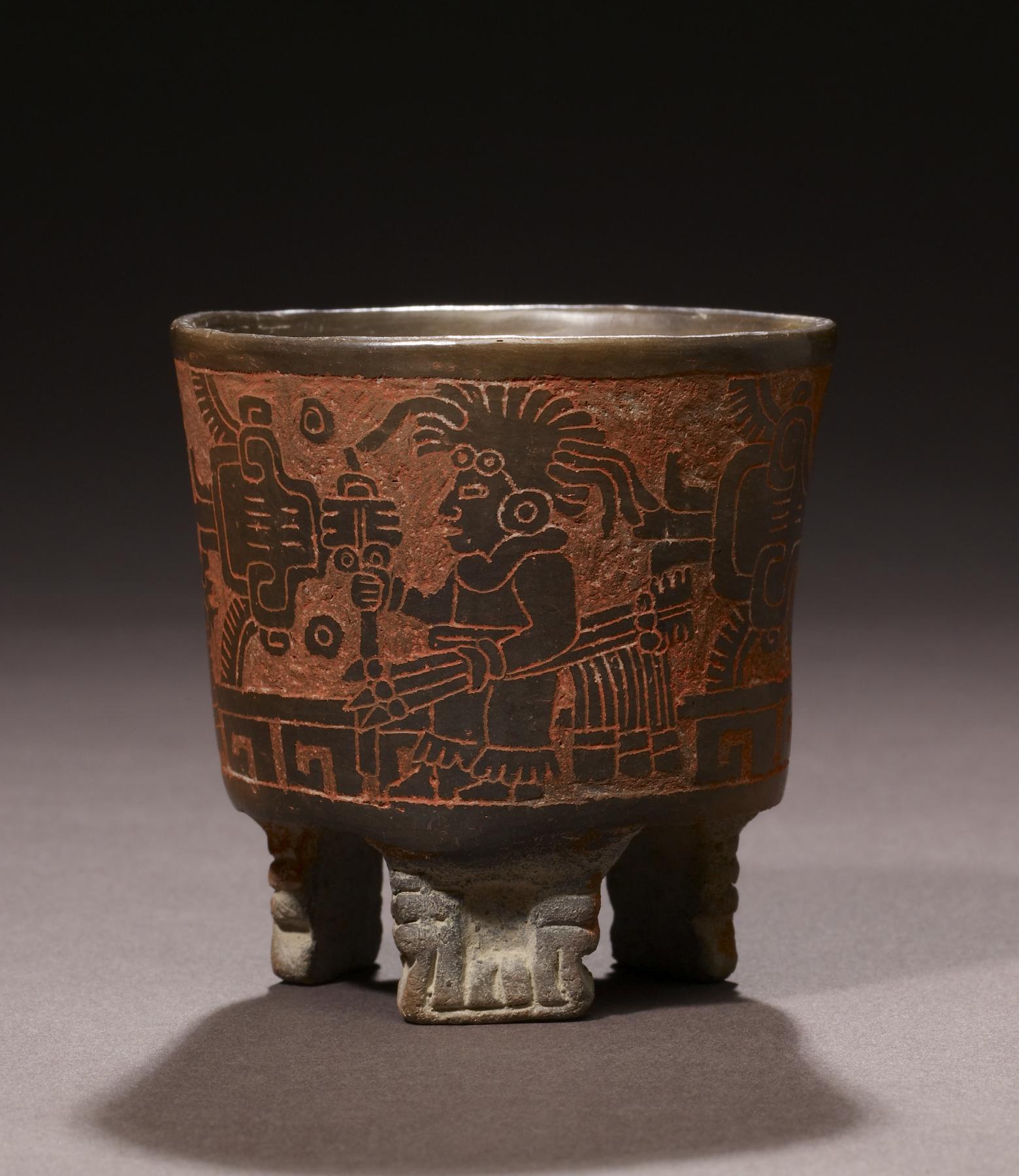 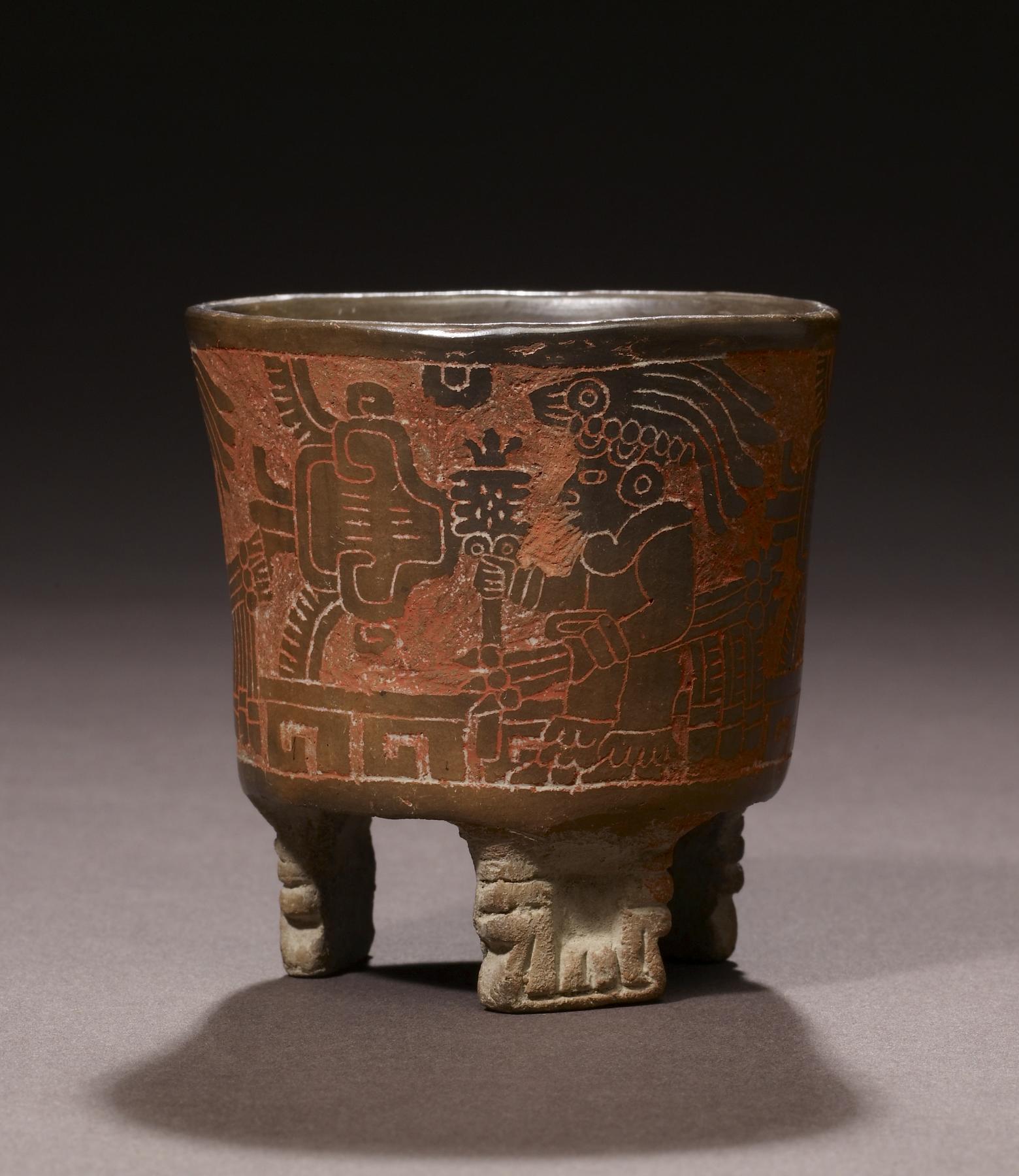 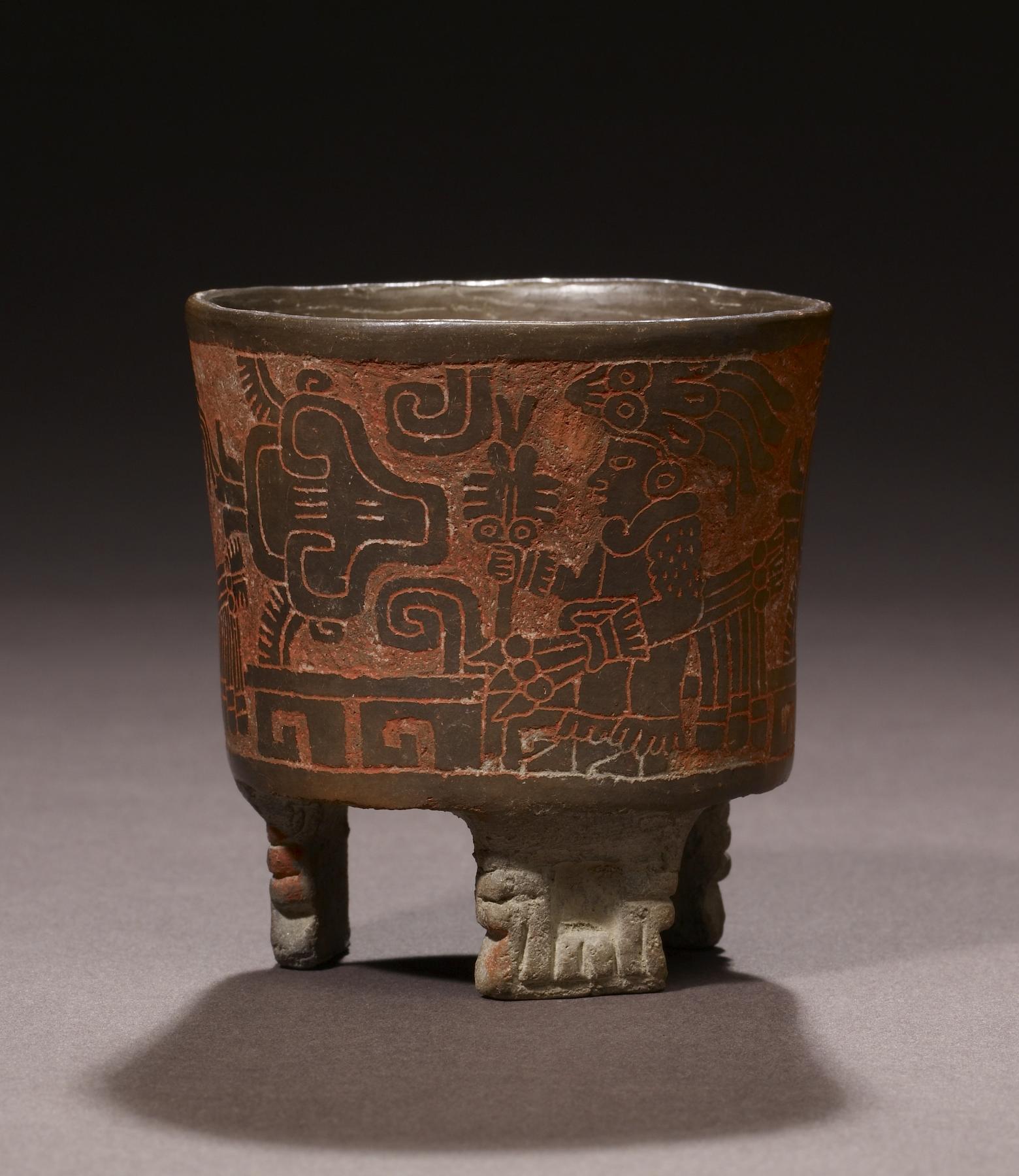 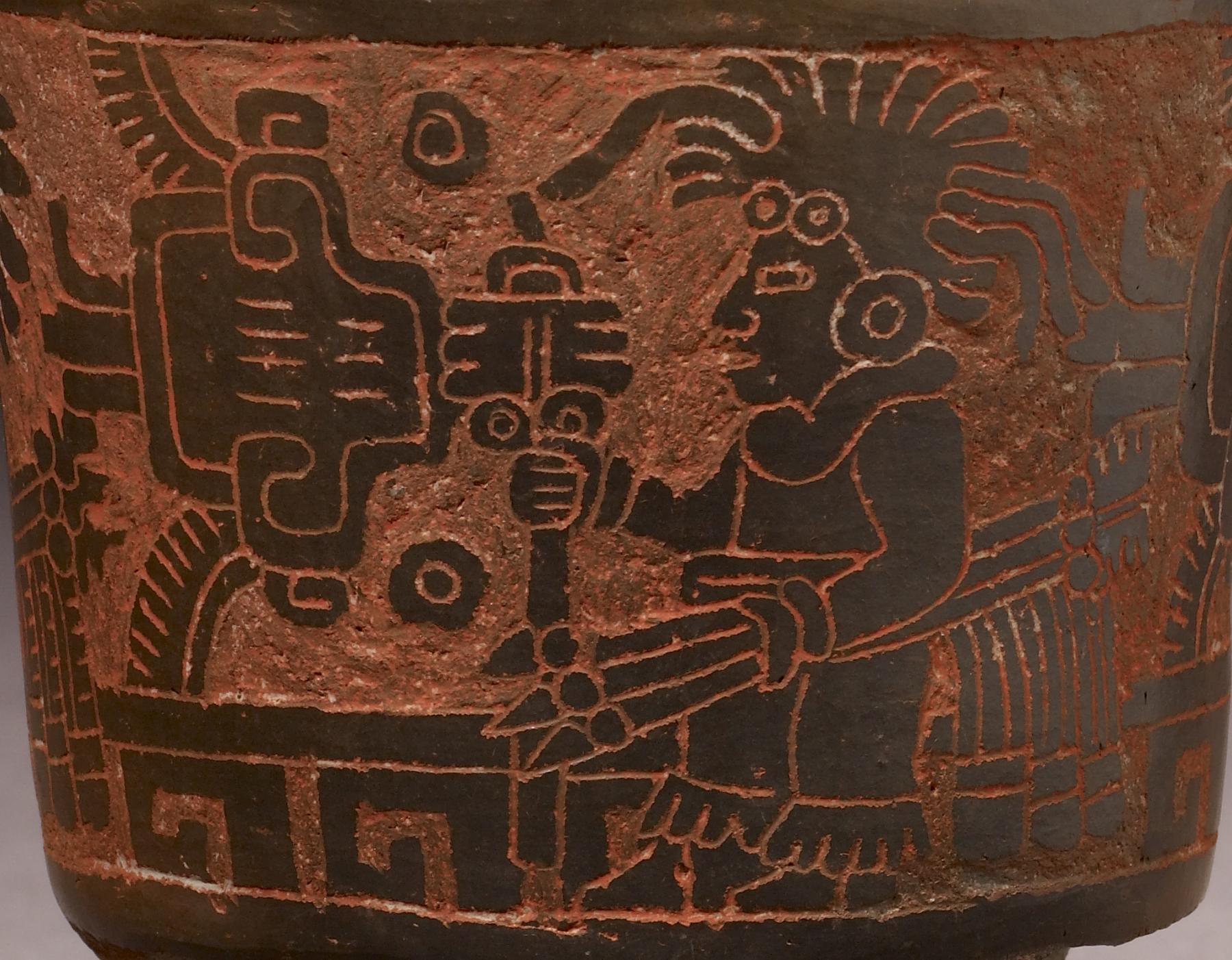 The tripod dish is a vessel form intimately associated with Teotihuacan, the most powerful political force during Mesoamerica's Classic Period (100-900 CE). Expanding from its capital, named "Teotihuacan" (Place of the Gods) by the Aztecs nearly a thousand years later, Teotihuacan's influence spread east and west from coast to coast in central Mexico and south into the Maya regions of Guatemala and Honduras, reaching into northwestern Costa Rica in Central America. Each of these paired tiny tripod dishes is decorated with a procession of Teotihuacan warriors, carrying the spear thrower and long darts of its military orders. Their costumes include the double-ring eye or head adornment (TL.2009.20.98) and butterfly headdress (TL.2009.20.99) often worn by members of the martial forces. There are iconographic anomalies on both vessels, however, notable in such elements as the headdresses and large emblems separating the figures, which bring into question the origin of the incised narrative. 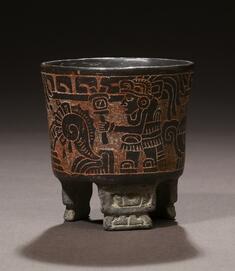