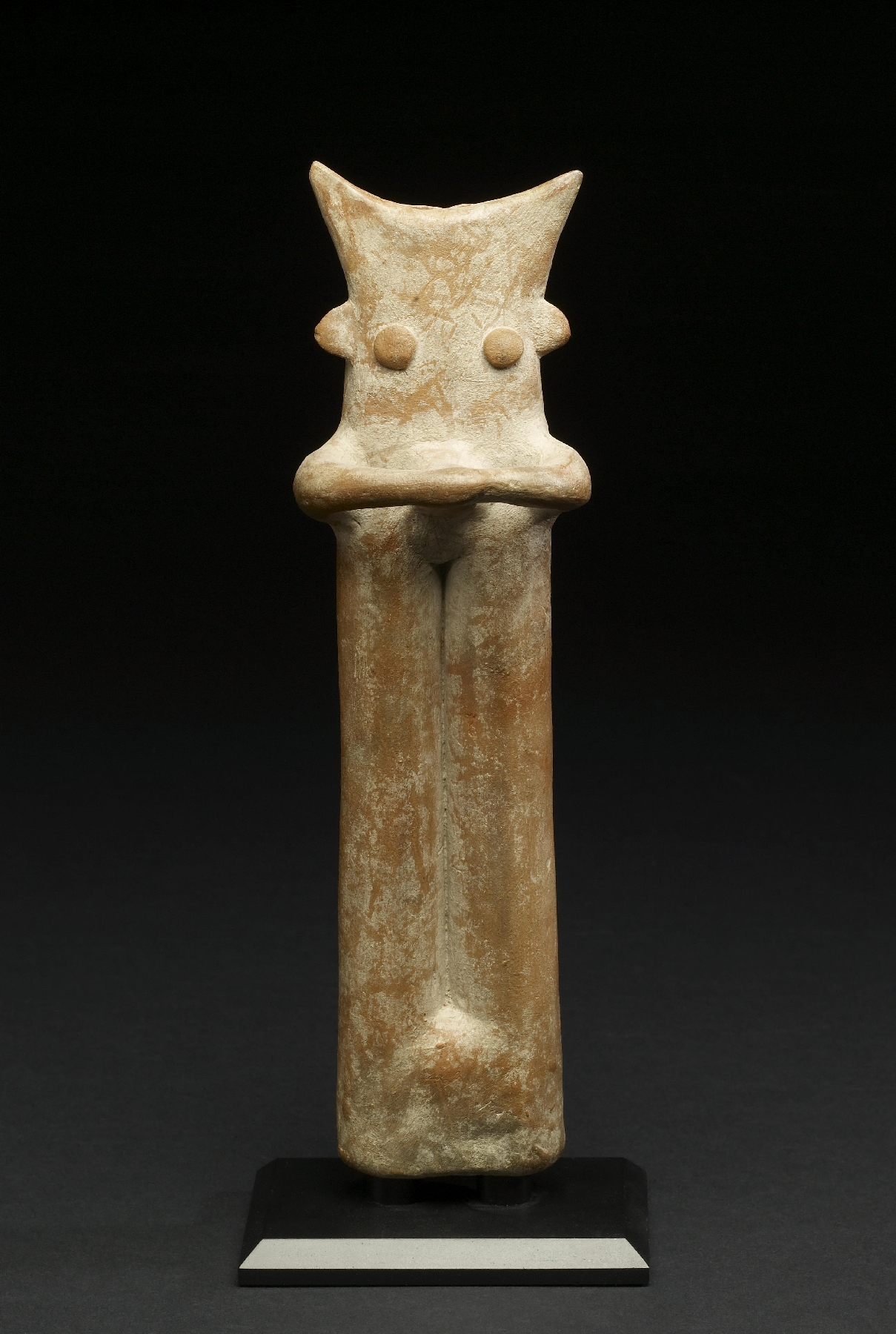 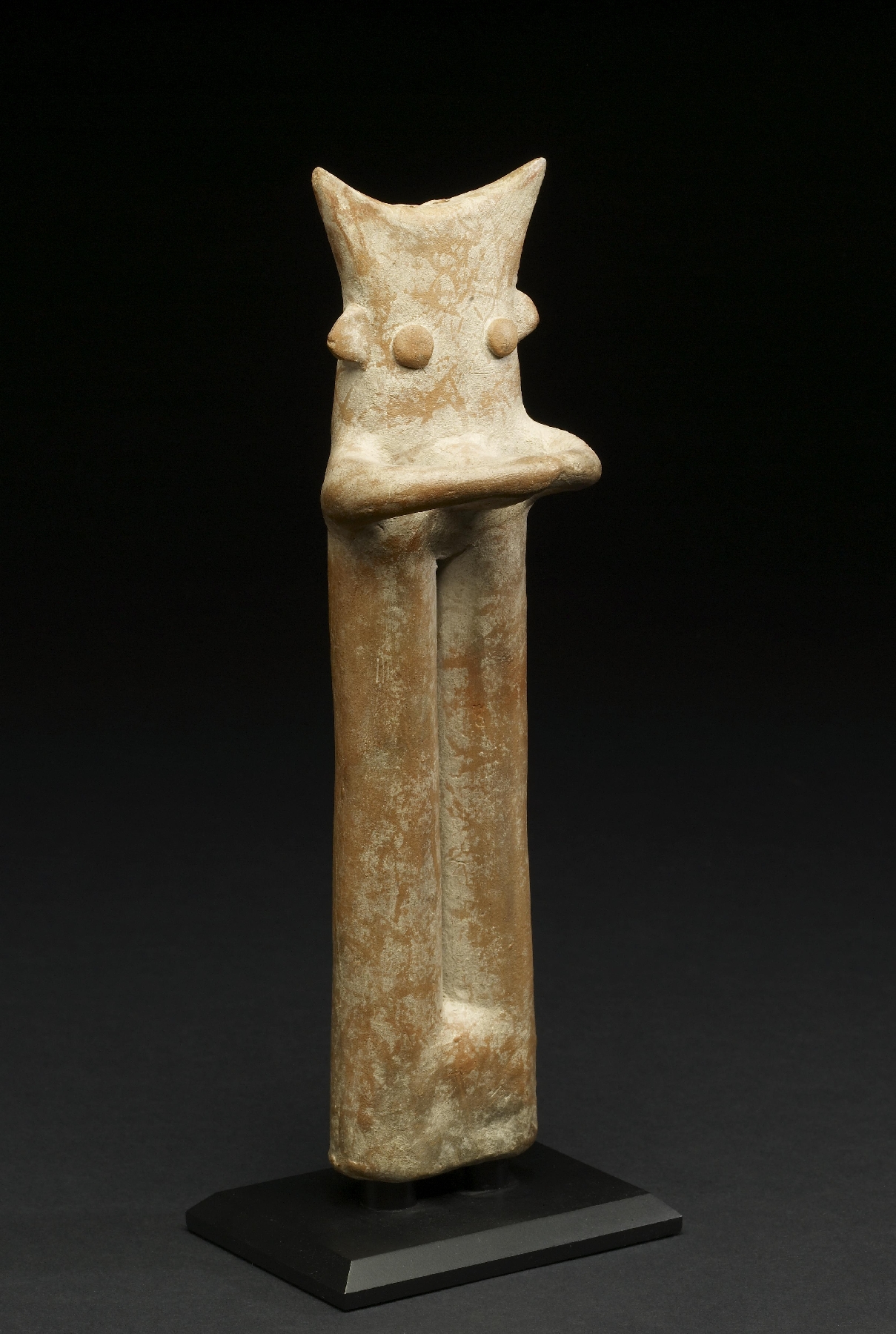 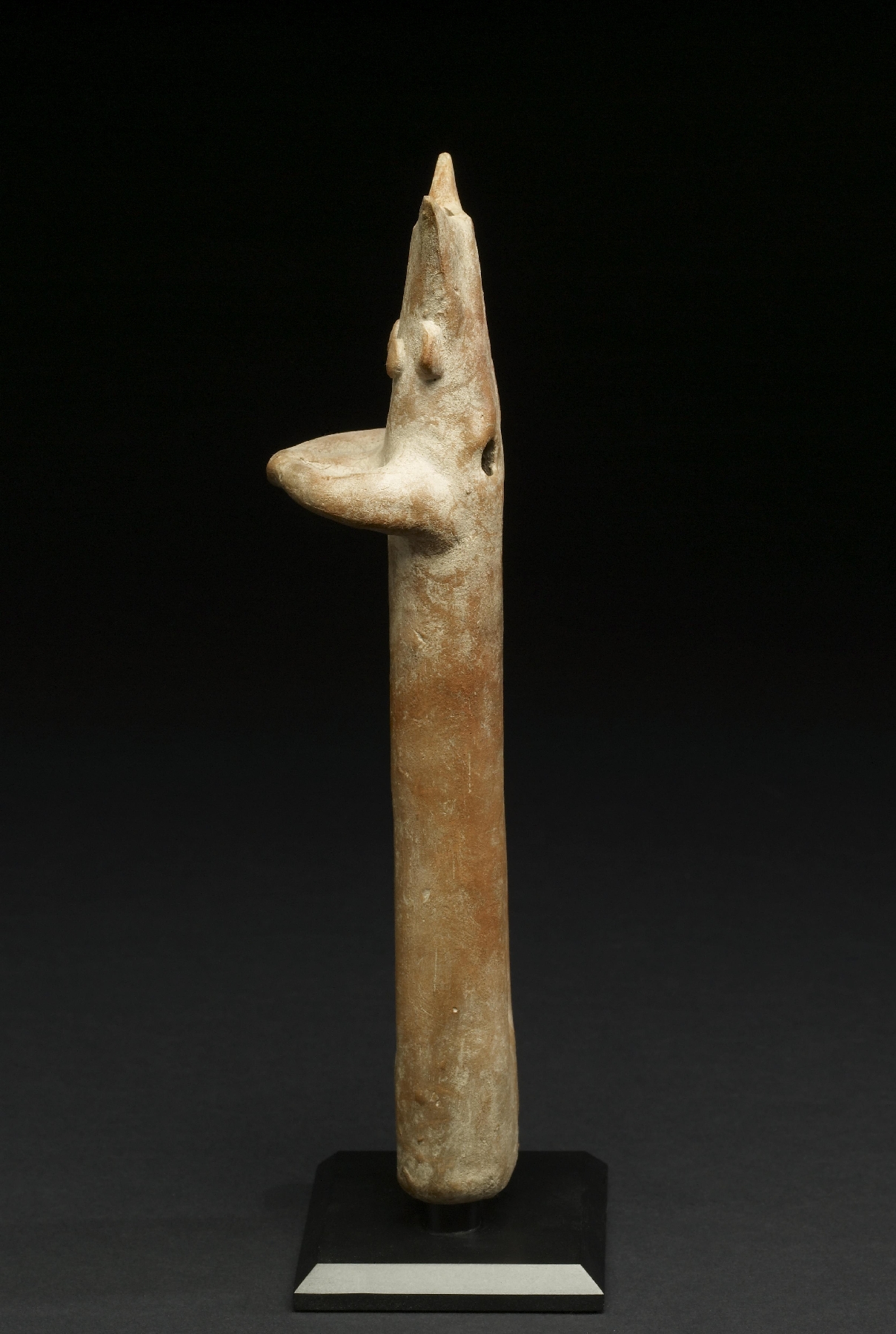 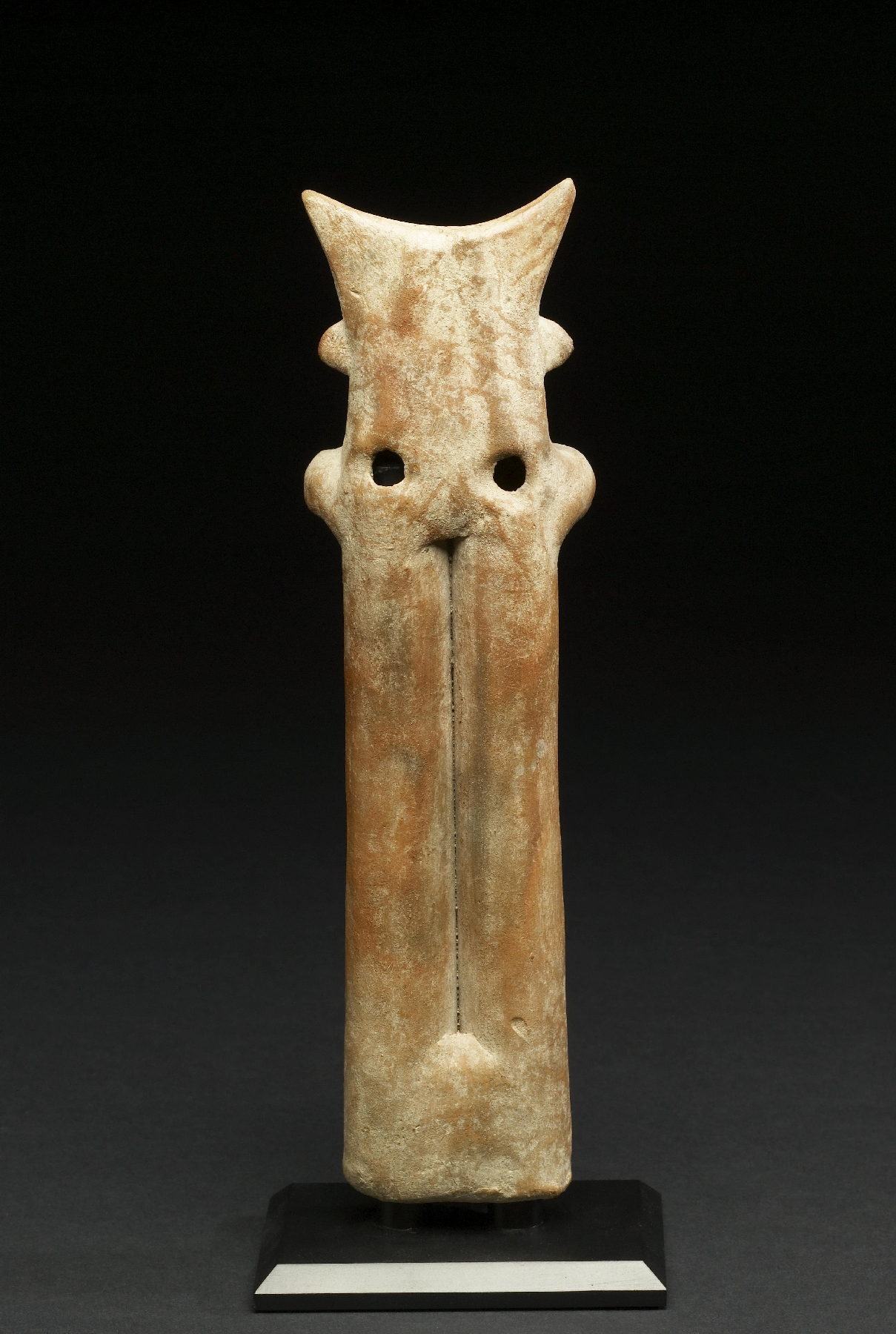 Tubular duct flutes in the collection illustrate the variety of aerophones that typify the musical instrument repertoire of different societies during Late Classic times in Mesoamerica. They share the modeling of the human figure as their primary decorative program, but these range from the dramatic naturalism of near portraiture seen on the Veracruz or Maya flute (TL.2009.20.135), to the schematized portrayal on the fluted instrument, and ending with the extreme minimalism of the figural rendering on this double-chambered flute from Colima. Each instrument holds its unique potential for creating a variety of tones and sounds of different timbres, depending on the force of wind entering the mouthpiece and sound chamber(s) as well as the positioning of the player's fingers (when applicable). Although the casual musician can produce acceptable sounds from these instruments, practiced skill is required to achieve their full effect.