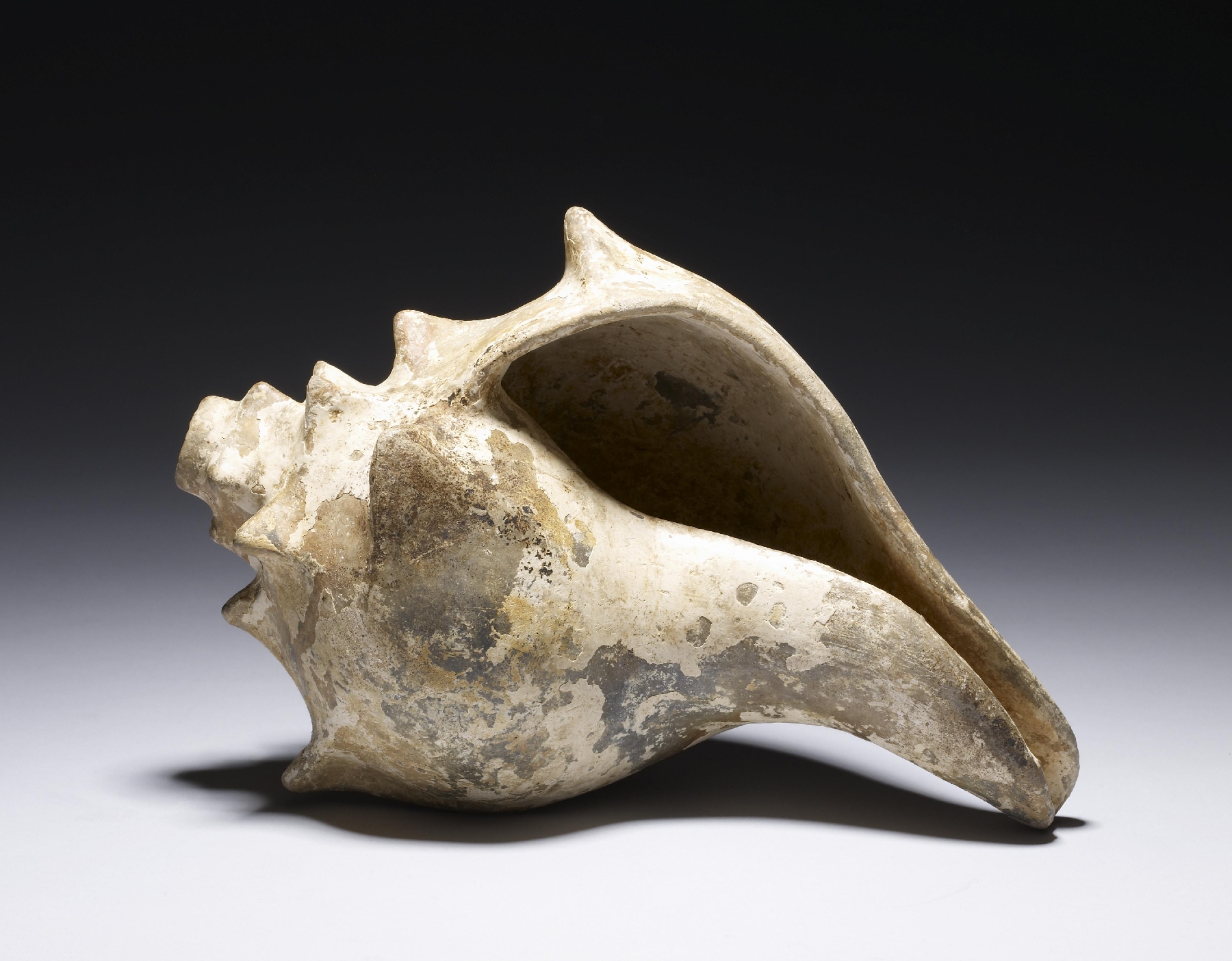 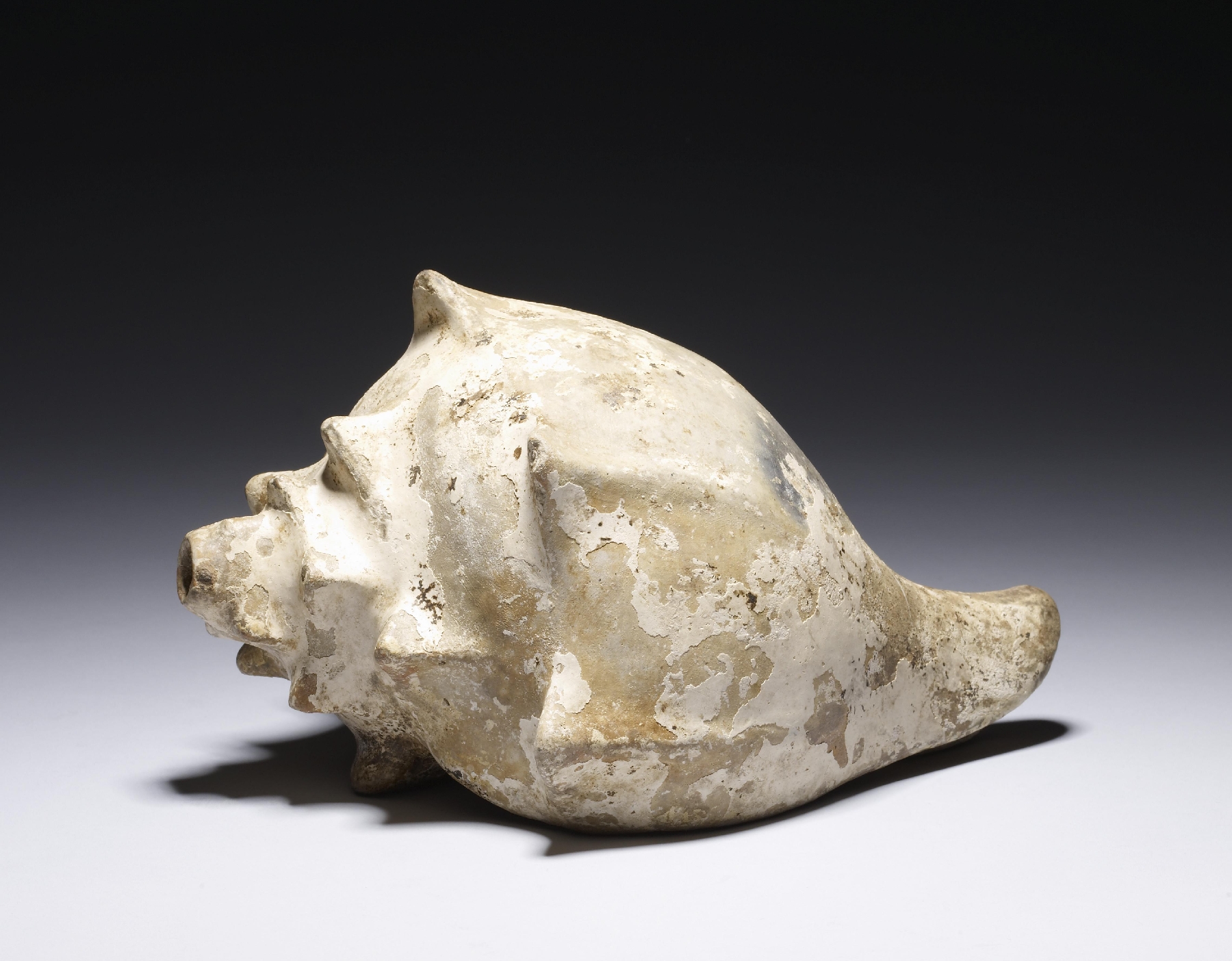 Throughout the ancient Americas, conch shell trumpets were blown to announce significant earthly events, including the arrival of dignitaries at state functions, on the battlefield as a signal to engage the enemy or otherwise direct the regiments, and during religious rites to accentuate the peak spiritual moment. The conch shell also had long-standing symbolic associations with the watery underworld and was connected to certain deities. At Teotihuacan, images of conch shells adorned buildings whose decorative narratives indicate their association with agricultural plenty and the gods' place of Creation. At Teotihuacan and among various peoples of West Mexico, conch shells denoted high status and special spiritual power, frequently being found in burials of the elite and adorning figures to denote a shaman's supernatural powers. The Aztec deity Quetzalcóatl, the god of wind, wore a cross-sectioned conch shell as his special emblem, and members of the Mexica elite also wore the wind jewel as a proclamation of authority. Conch shell trumpets were fashioned from the natural shell or replicated in ceramic, as is this example. Shell trumpets are especially plentiful in the shaft tombs of West Mexico where they were intimately associated with elite status and shamanic power. They often are illustrated being played by persons depicted in the anecdotal sculptures for which the region is famous, these sculptural narratives illustrating ballgames, funerary processions, accession rites, and many other communal events of social and religious import.