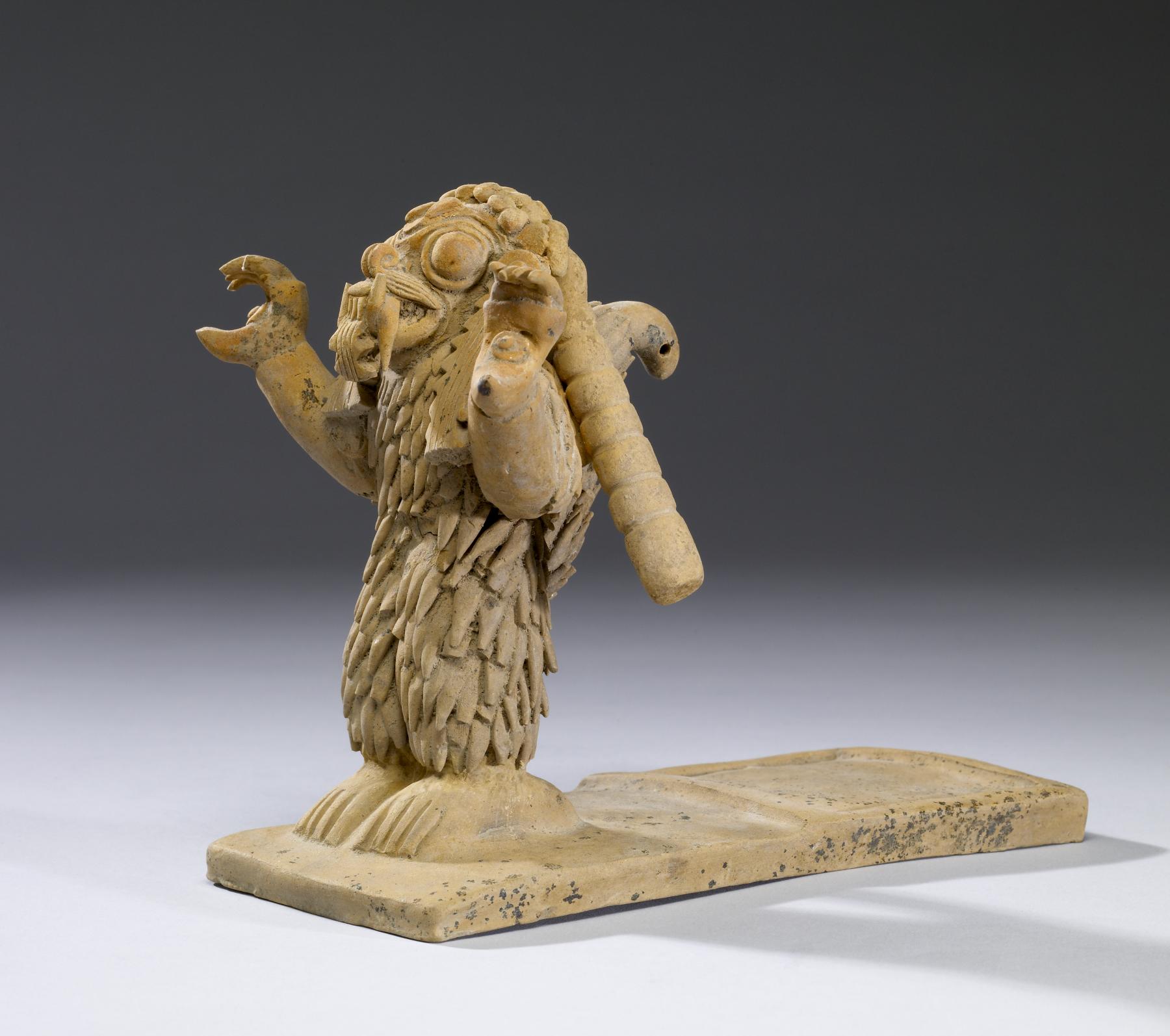 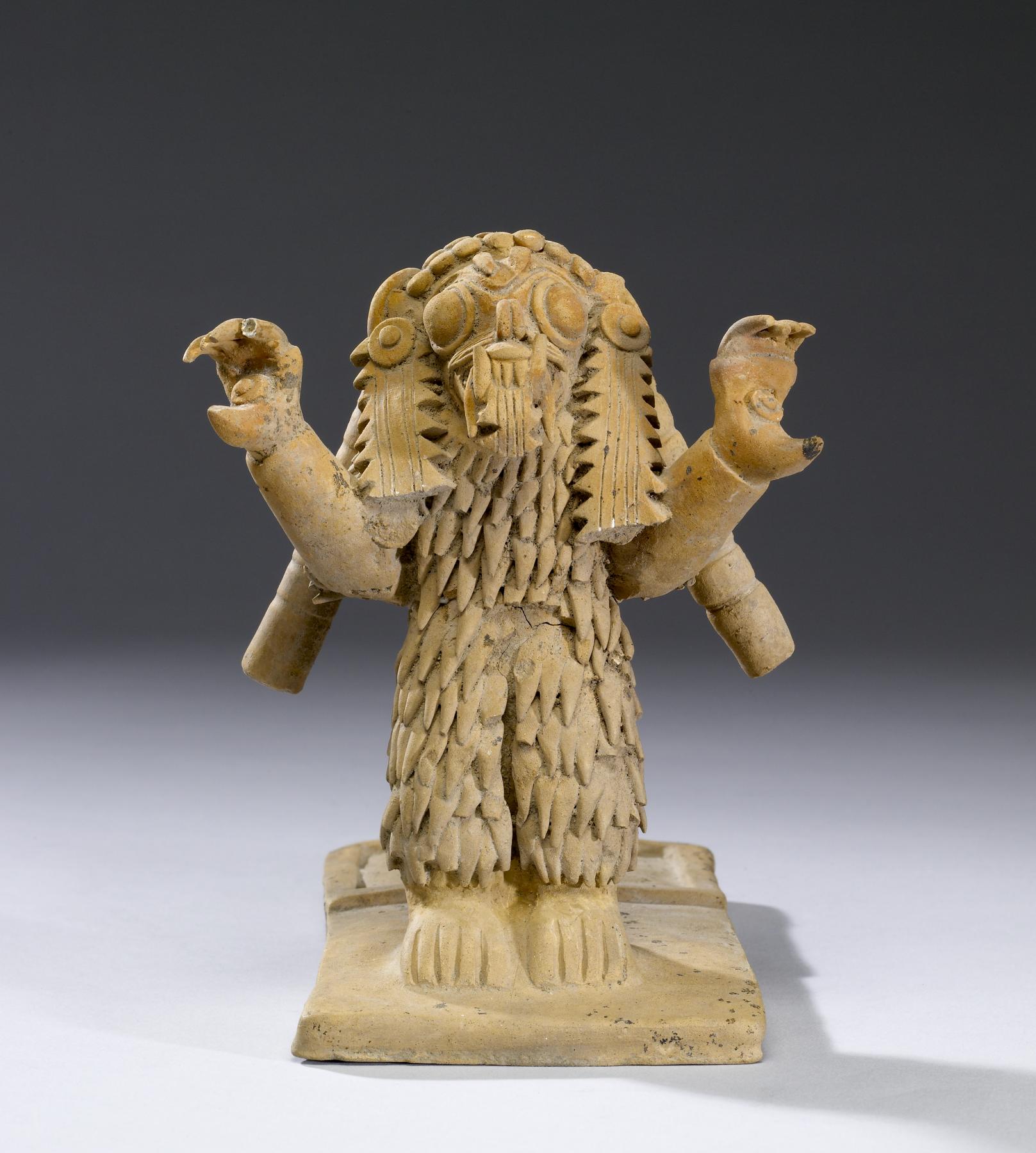 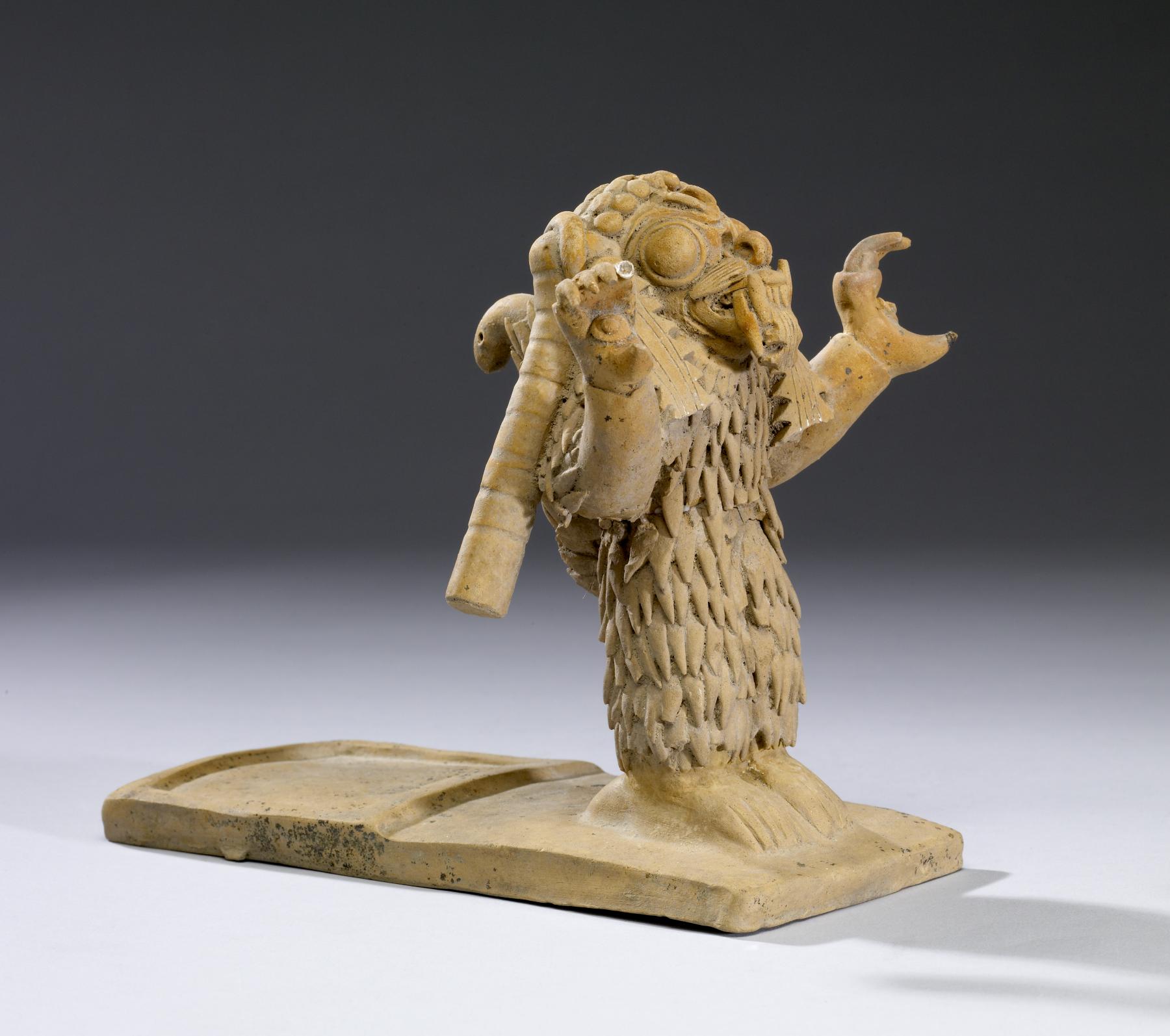 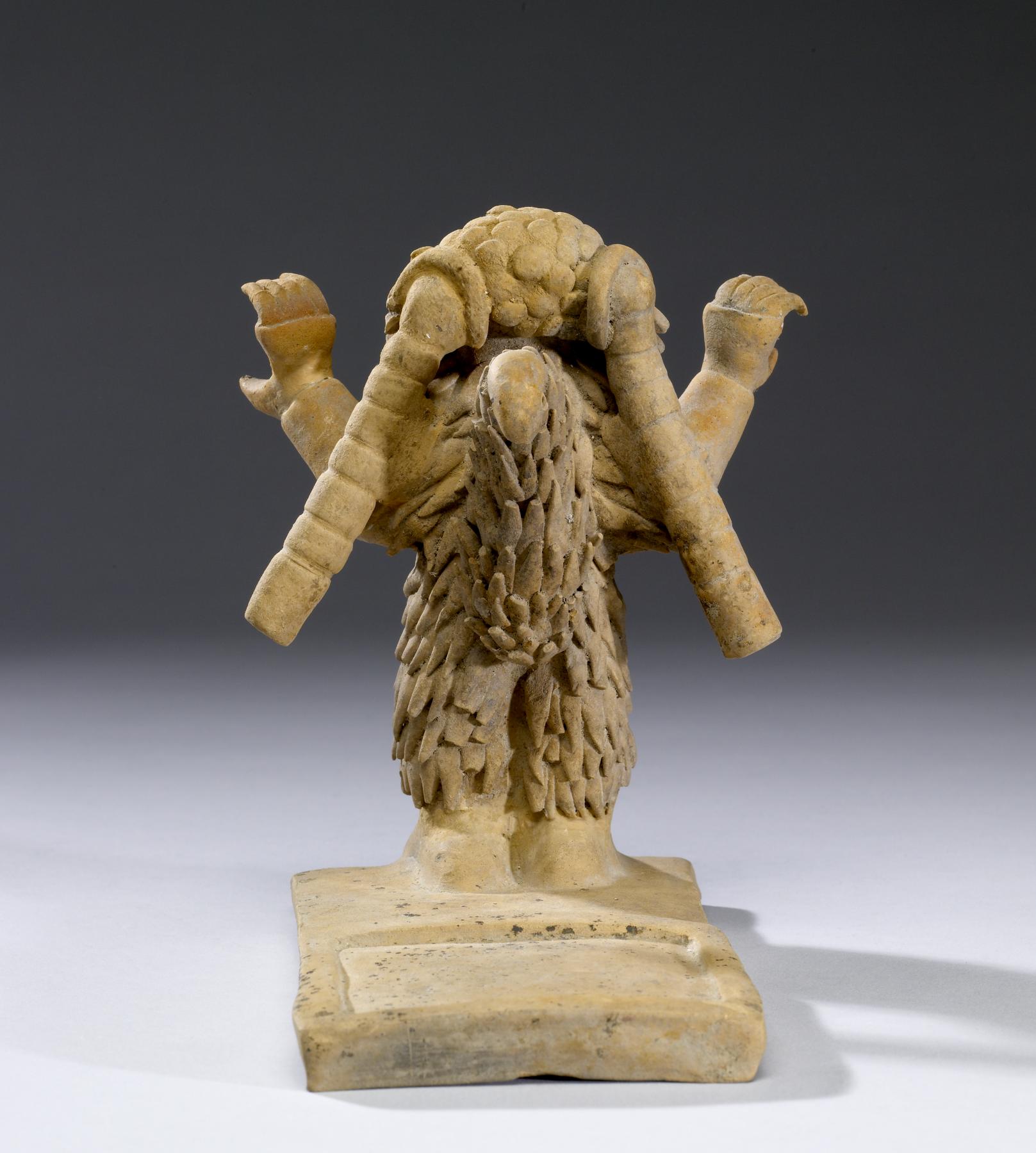 As an outgrowth of the earlier Chorrera ceramic sculptural tradition, Jama-Coaque pottery focuses on the human figure and the portrayal of ritual life. Most Jama-Coaque ceramic figures were formed from molds, and hand modeling completed the piece. Here, however, no evidence of mold construction is discernible, the lively figure and its attached tray being modeled entirely by hand. In addition, the figure's animated and threatening pose diverges from the majority of Jama-Coaque ceramic figures, which typically are more static in body position and attitude. The figure portrays a spirit being or perhaps a shaman in spirit form ready to battle supernatural forces. The being's teeth and clawed paws recall those of the jaguar, here with an especially shaggy fur. The jagged tongue and rectangles hanging from the ear ornaments may refer to the being's supernatural powers. Shamanic transformation was aided by the ingestion of psychoactive plants ground into a fine powder and ingested as a snuff, which was served on trays such as this one.