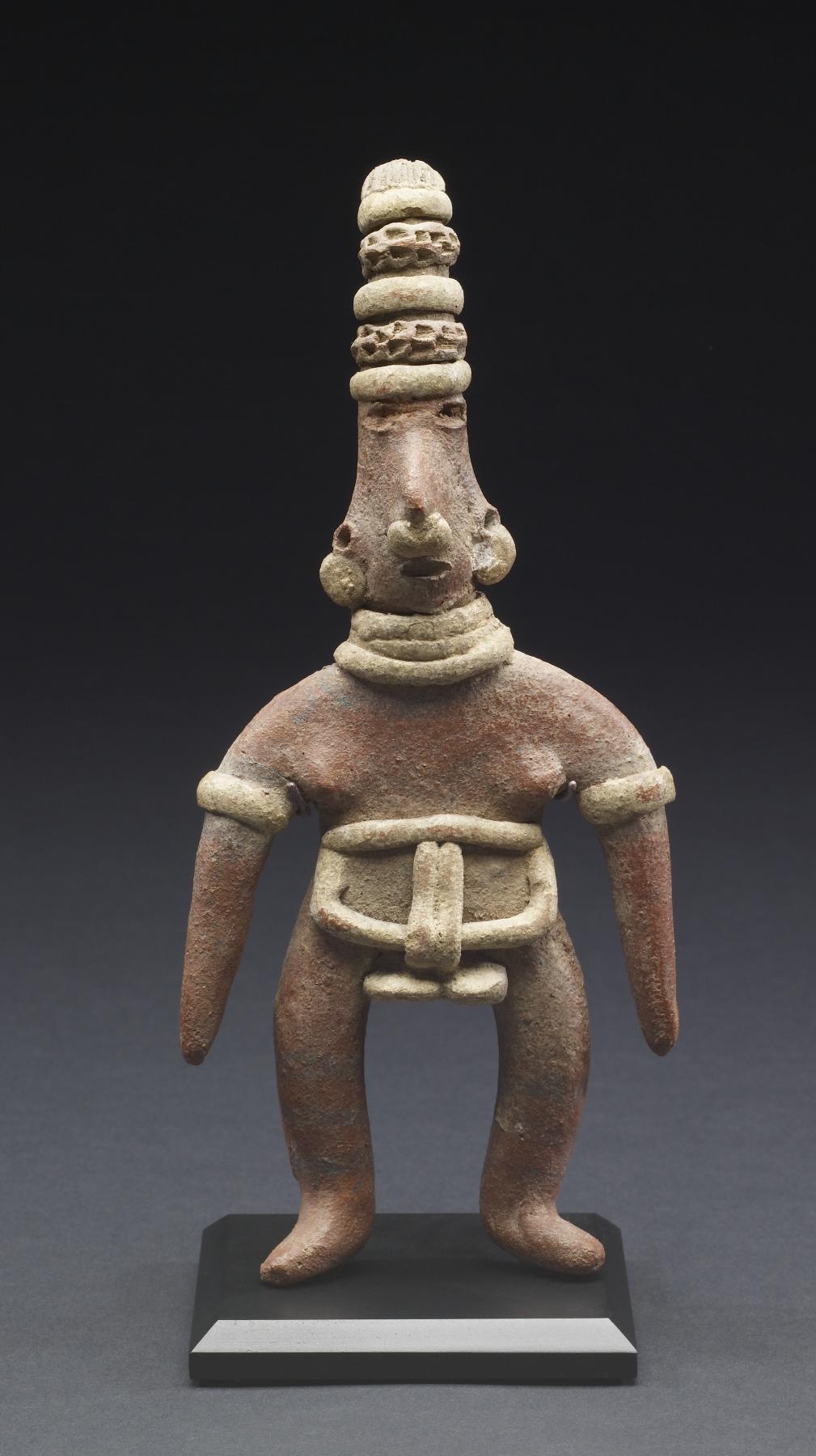 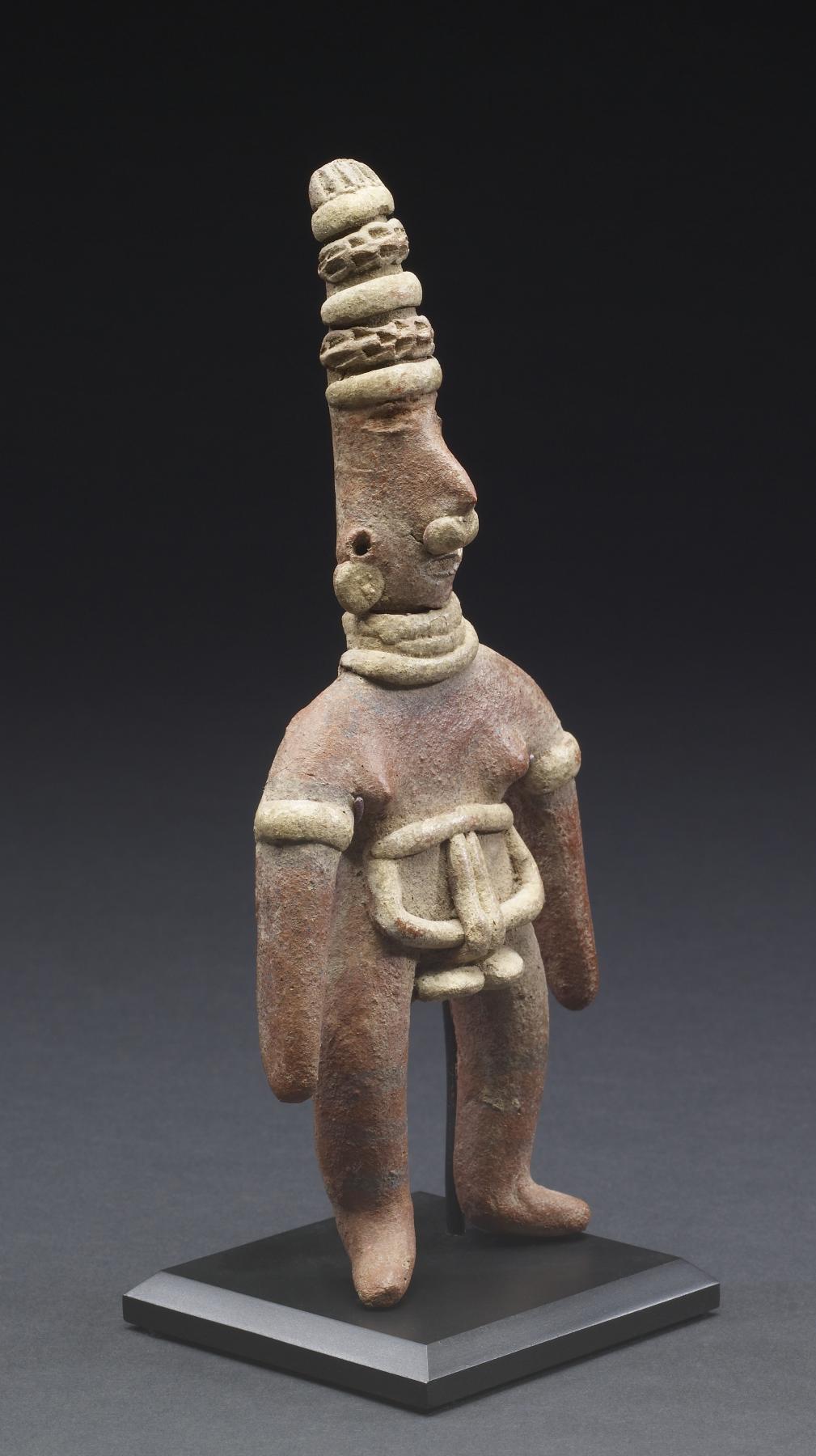 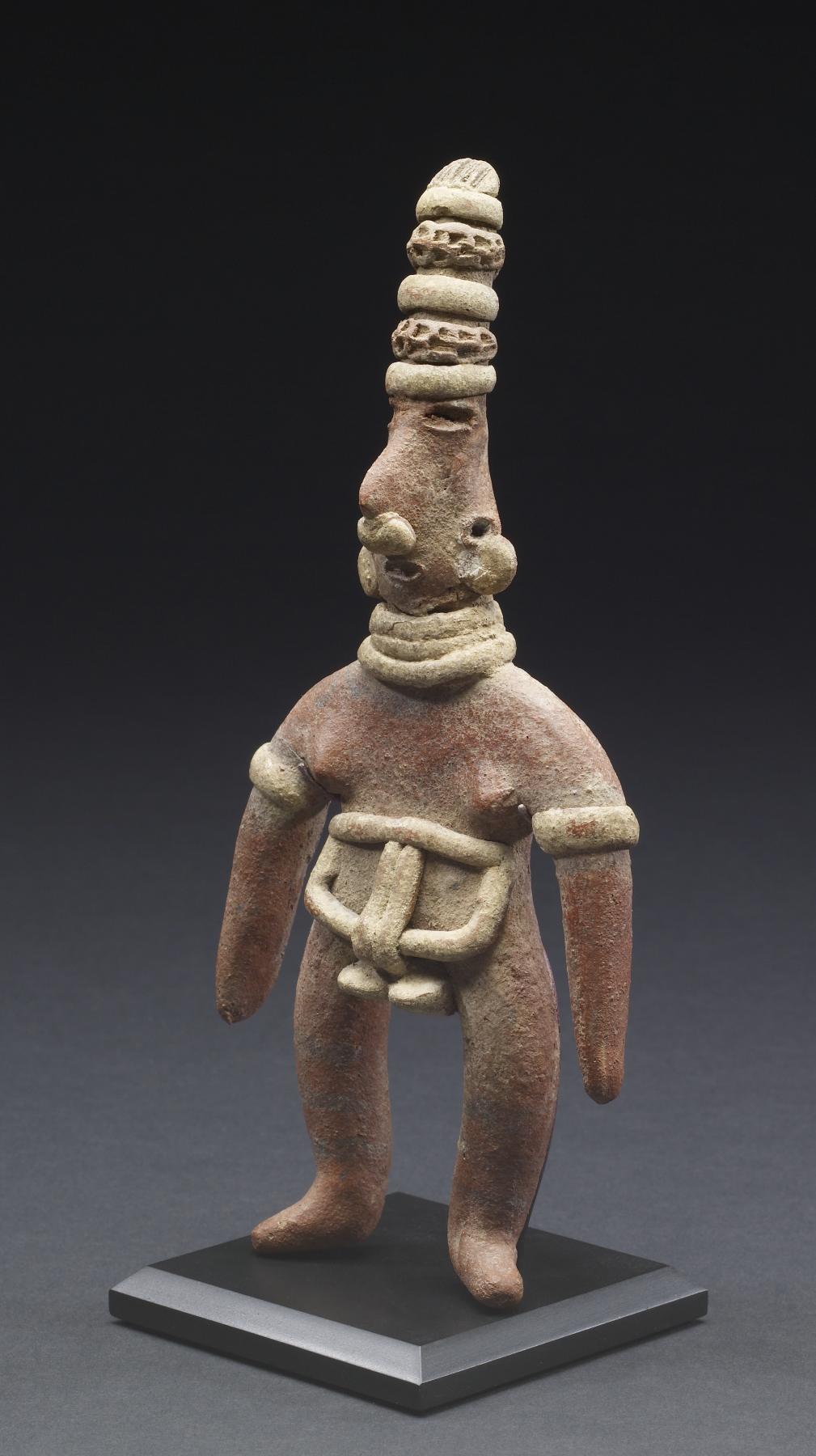 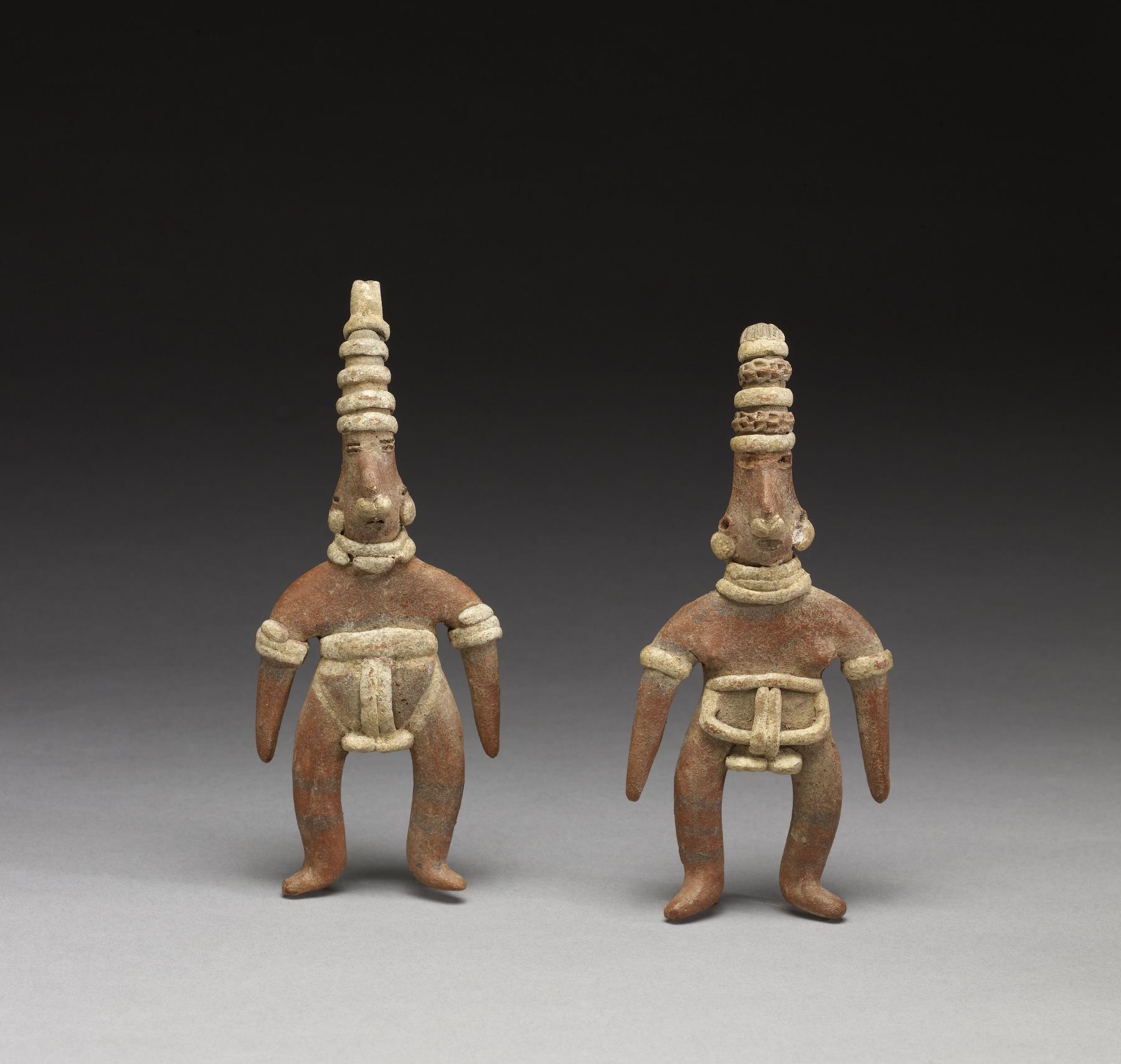 The Mesoamerican ballgame was part of a ceremonial complex that included dance, music, and drama, and often was associated with warfare and solemn rites of cosmic renewal. Its ceremonial components-from parades to ritual dance performances to sacrificial rites-constituted a potent collective activity that reinforced social cohesion. Given the importance of these ceremonies, it is not surprising that Mesoamerican art is filled with portrayals of ballplayers as performers. These figurines from the Jalisco-Colima area of West Mexico portray ballplayers bedecked in the wide belts and arm bands (arm protectors) typical of ballgame gear. Their pose communicates readiness for the intense action of the game, while their large ear and nose ornaments, ample necklaces, and multiple textile head bands suggest the kind of ornate attire frequently worn by performers. 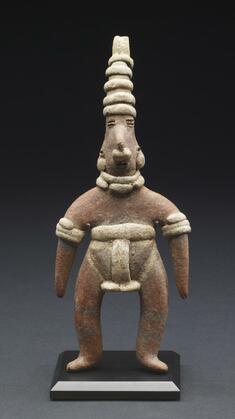