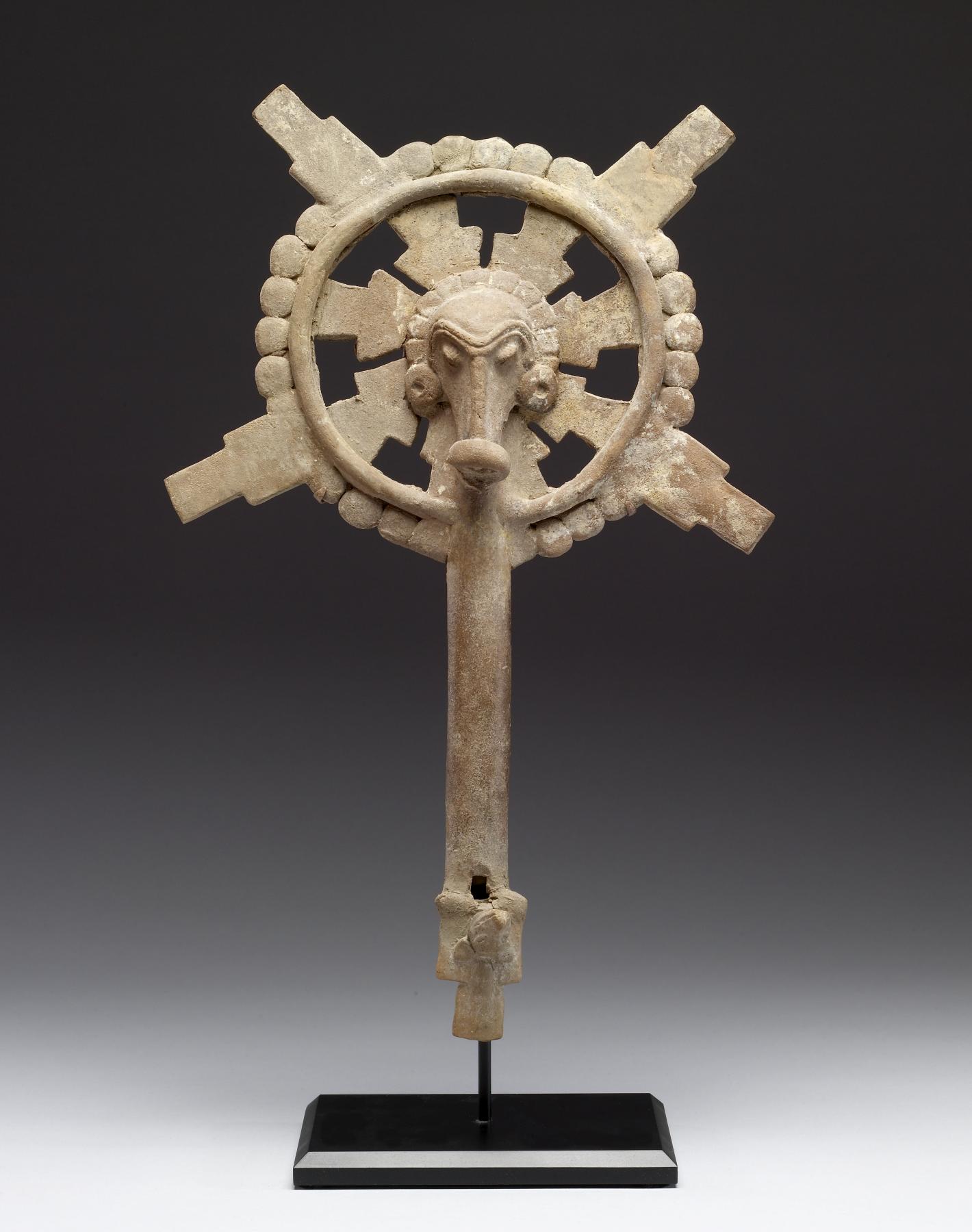 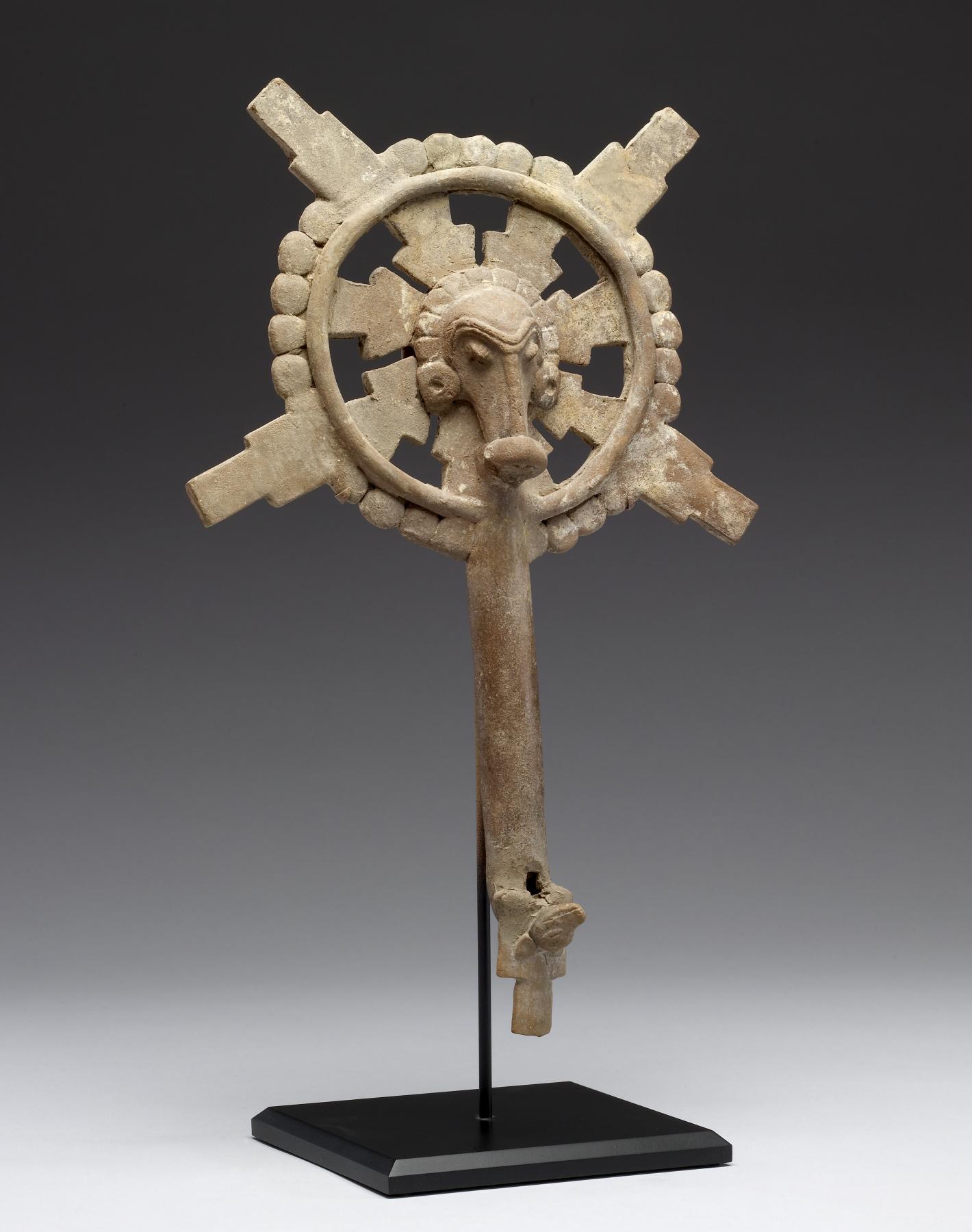 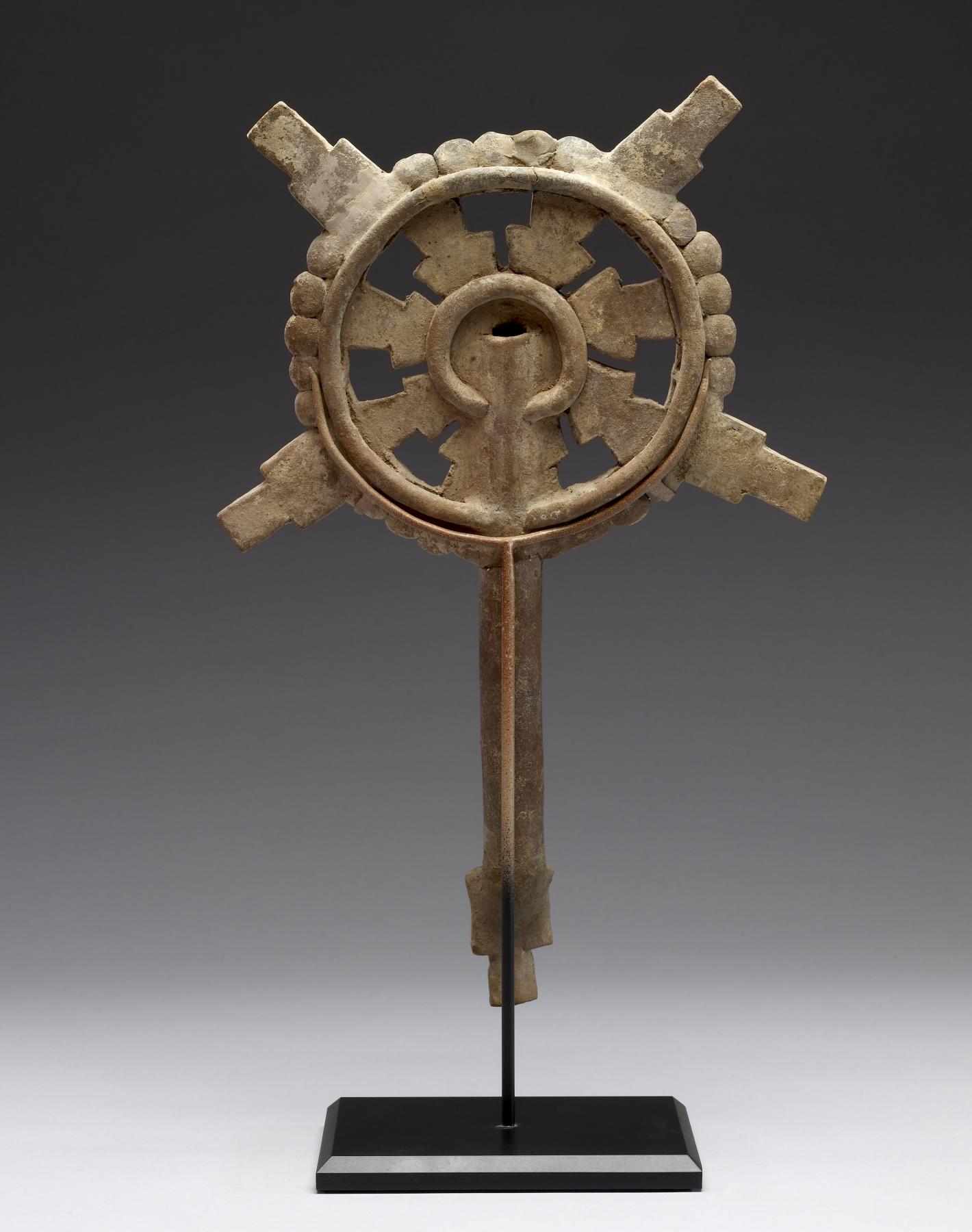 Extensively decorated with modeled imagery, duct flutes of Veracruz comprise a tour-de-force of aesthetics and musical functional form deftly merged into a singular visual and auditory creation. The tubular duct flute of Veracruz is characterized by one or two connected sounding tubes. Along its shaft(s) or at its end are found two semi-circular disks or a full disk at whose center is a modeled ritual performer or a zoomorph of likely symbolic identity, as is the case with the peccary head at the center of this flute's disk. No myths have survived from ancient Veracruz that feature the peccary, although among the contemporary Maya of southern Mesoamerica the peccary was related to the pillars of the cosmos, and various nobles included its name in their elite nominal phrases. Among the Huichol of northwestern Mexico, the peccary is associated with the earth god. These Veracruz flutes are notable for having clay pellets inside their tubular chambers. The small clay balls produce an eerie, warbling sound when the flute is played, although it takes skill to elicit the full range of auditory features made possible by this structural innovation. The high-quality craftsmanship and detailed, symbolic decoration of this flute imply its social and ritual importance as a special instrument intended for use during rites of significance rather than more commonplace public ceremonies.